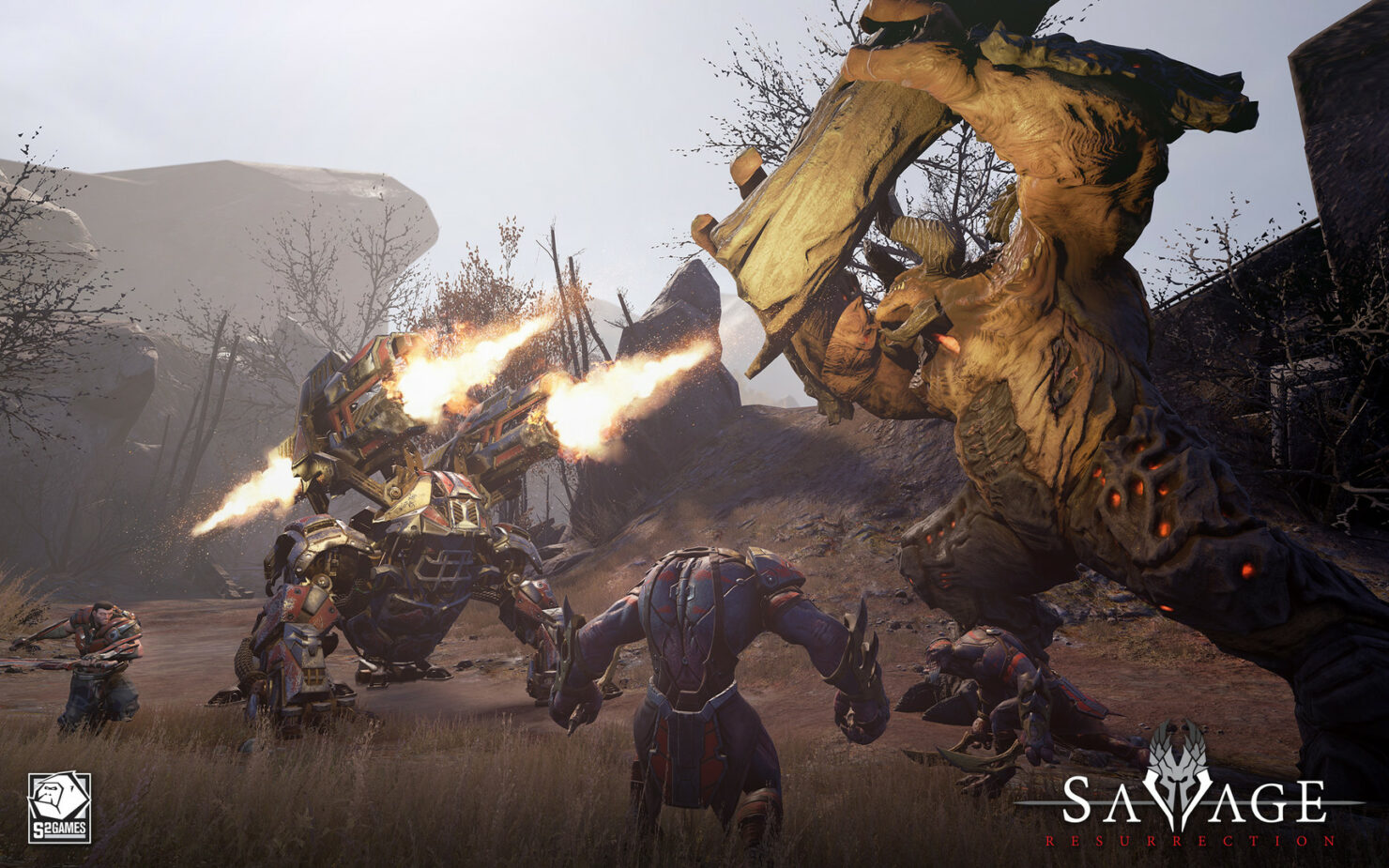 Sometimes they come back. That's the case of Savage Resurrection, which all of a sudden appeared a few days ago on Steam Early Access without any promotion or fanfare at all.

If you're a MOBA fan, you might have heard of S2 Games as the makers of Heroes of Newerth. However, they had previously released two games in the Savage franchise - Savage: The Battle for Newerth (2003) and Savage 2: A Tortured Soul (2008). These titles were unique in that they blended various genres (RTS, Action RPG, FPS) and even settings (Sci-fi and fantasy) to create something quite different.

Savage Resurrection, developed with Epic's Unreal Engine 4, vows to go back to the roots of the first game in the series.

The rebirth of the classic action FPS / RTS hybrid is here! Experience fast-paced combat and cunning strategic gameplay in glorious Unreal 4 environments. Engage in epic 12v12 front-line combat, or take Command to outplay and outmaneuver your team's way to victory.

Savage is a multiplayer-only game with a competitive focus. Combat includes both melee and shooter aspects, and should challenge even seasoned gamers. Servers are currently located in the US, EU, and AUS with more planned.

As a member of the fearsome Beasts or crafty Humans, you must fight to:

At Early Access launch the game has the following features:

We decided the best way to create the optimal modern Savage experience was to take Savage 1 as our starting point, then continue developing the game in concert with our community through the Early Access program and beyond.

Our continuing development is funded largely by cosmetic item purchases: there is no persistent power progression system, there are no paid upgrades or boosts. This is a competitive game: there will be no Pay2Win.

So far, user reviews for Savage Resurrection have been very positive with an 82% recommendation rating. Let us know in the comments your opinion, if you've played it already.