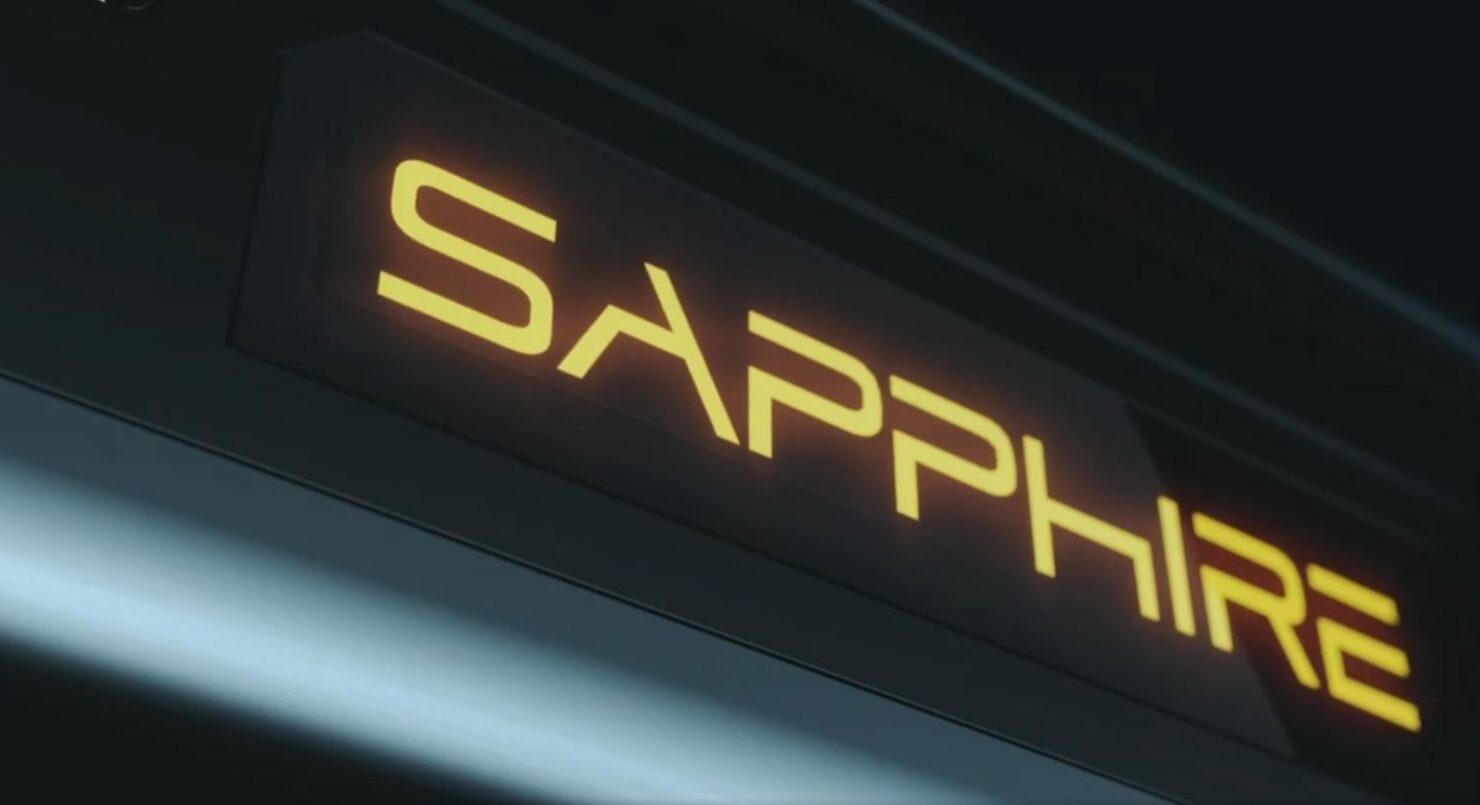 Water-cooled variants are more common across the Nvidia lineup of GPUs than they are for AMD Radeon. Although that isn't changing, the gap is going to close by a small amount. Sapphire hasn't had a water-cooled variant in a while, but recent teasers suggest a new AIO-cooled Radeon RX 6900 XT. More specifically, a TOXIC variant of the 6900 XT.

The last time we saw a water-cooled variant was with the Sapphire RX 390X TOXIC & the generation before that RX 280X ATOMIC. From the teasers we have seen, it is likely that it will be the Radeon RX 6900 XT TOXIC variant as it features the yellow lighting seen on the RX 390X TOXIC. It might even be TOXIC ATOMIC because we saw a T and an A appear in the Chinese teaser.

Looking at the design of the card, we are able to see a single fan in the GPU covered by some grills and the rest of the is a glossy shroud. With a portion of the GPU covered under a shroud, we can infer that a pump will be under the cover and that is further confirmed by Videocardz who have leaked out the first renders of the card. The Sapphire Radeon RX 6900 XT Toxic graphics card will ship with a dual-slot design and will be cooled by a 360mm AIO Liquid cooler.

All the information that's currently available is what we could gather from the teasers. We can expect more information to come out today when the Sapphire RX 6900 XT is officially launched. The release date and availability aren't known, but it will certainly be a high-end enthusiast level card.