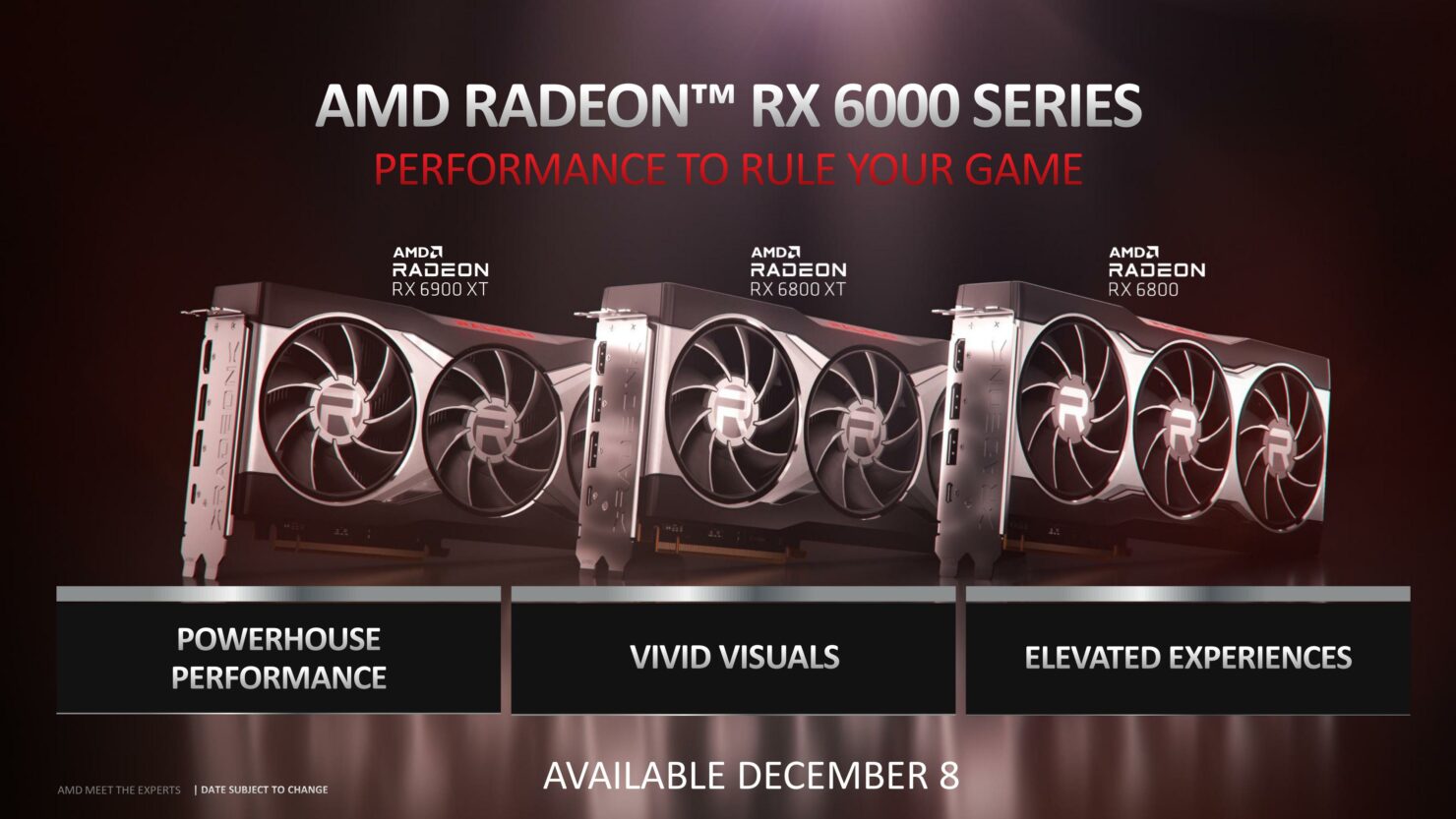 Today is the day when the last and the meatiest of the Big Navi GPUs, the AMD Radeon RX 6900 XT launches and hits the retail segment. Featuring the Navi 21 XTX chip, the RX 6900 XT is an insane powerhouse of a graphics card that puts AMD back in the ultra-enthusiast performance segment.

AMD Radeon RX 6900 XT, The Flagship Big Navi GPU Is Finally Here & Here's Where You Can Buy It

The AMD Radeon RX 6900 XT is the fastest GPU that the red team will have ever produced. It aims for the ultra-enthusiast segment and is directly competing against NVIDIA's flagship GeForce RTX 3090. The main difference between both cards aside from their vastly different specs is that the RX 6900 XT features a price of $999 US whereas the GeForce RTX 3090 features a price tag of $1499 US.

Note - We will be posting more links once the retail listings for the RX 6900 XT go live.

With all said, both the RTX 3090 and RX 6900 XT do have their own advantages. To name a few, the RX 6900 XT should offer higher efficiency, better rasterization performance, and comes with Infinity Cache and SAM support which helps deliver higher frame rates. NVIDIA's GeForce RTX 3090 on the other hand offers insane content creation performance, 24 GB of GDDR6X memory (8 GB more vs RX 6900 XT's 16 GB), and features faster and better-looking ray-tracing effects.

As such, the AMD Radeon RX 6900 XT could end up sitting comfortably ahead of the RTX 3090 at higher resolutions and this is just one title. With the RX 6800 XT, we saw that the card gave the RTX 3080 a hard time and even came close to the RTX 3090. The RX 6900 XT with its higher number of cores and a maximum clock limit of 3 GHz should surpass the RX 6800 XT with ease.

Overall, it will be good competition from AMD, and overclocking-wise, the RX 6900 XT is going to knock the pants off the RTX 3090 but expect the card to be sold out within minutes of launch since its a very niche and high-end product with limited quantities as we have heard from several global retailers. The Radeon RX 6900 XT will also be receiving custom treatment from all major AIBs as we have already seen models from ASUS and ASRock.