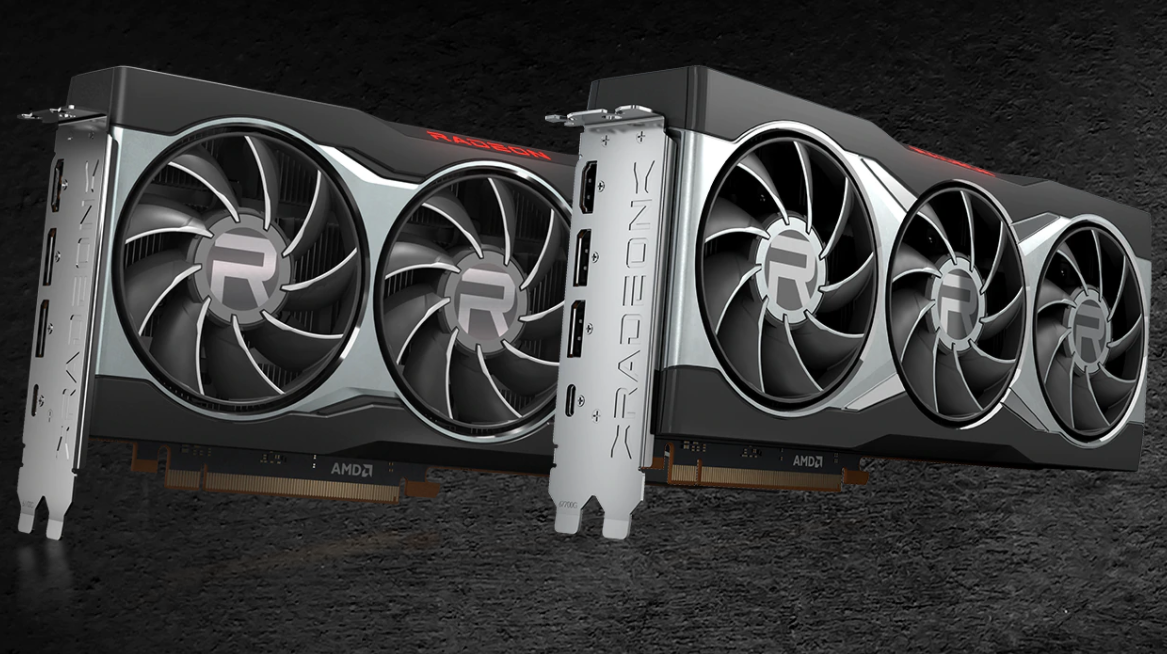 Sapphire's upcoming Radeon RX 6800 & RX 6800 XT Nitro+ series graphics cards have been listed online by a retailer based in Finland. Along with the Sapphire Nitro+ models, XFX (via Videocardz) has provided a better look at its triple-fan 'Speedster Merc 319' Radeon RX 6800 XT graphics card which was teased earlier this week. 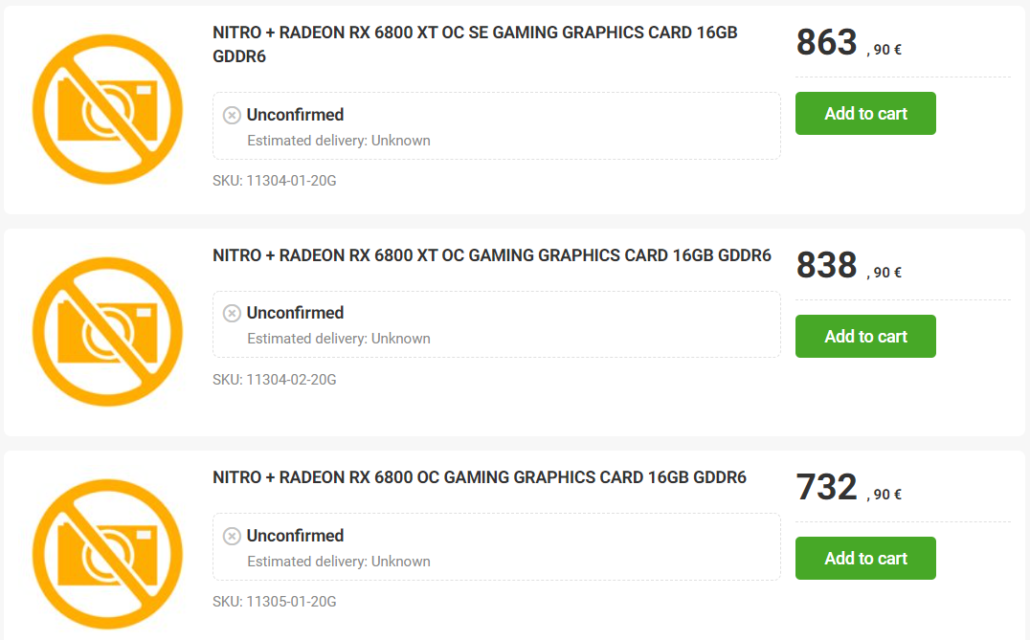 Now, these prices include the hefty VAT which is expected of the EU region and are also preliminary prices. The graphics cards can be pre-ordered but the delivery time is not mentioned. The Sapphire Nitro+ Radeon RX 6000 series graphics cards are expected to launch a week or two after launch so it's best to wait for the final pricing to appear before ordering one from this particular retailer.

The Radeon RX 6800 XT Nitro+ from Sapphire is shown to be a massive triple-fan cooled graphics card. Two of the fans feature 9 blades each while the one at the end features 12 fan blades and as such, we can expect them to push lots of airflow towards the central heatsink assembly.

The card features a massive metal backplate and it does extend beyond the length of the PCB. There's a cutout at the backside to let air pass through the aluminum fins. You can also spot an RGB Nitro+ logo which looks great with the whole aesthetics of the card.

The card is said to feature a 2.7 slot design and from the looks of it, features a large aluminum heatsink beneath the shroud which features 6 massive heat pipes. Details such as final clocks & PCB design remain unknown at the moment but we expect them to be shared prior to the launch on the 18th of November.

The main difference between the Sapphire RX 6800 XT Nitro+ SE and the Nitro+ variants seems to be the fans that feature RGB LEDs integrated within them. The SE also seems to be the only variant in Sapphire's RX 6800 lineup to feature a USB Type-C connector whereas the rest of the Nitro+ line is configured with three DP and a single HDMI port.

Aside from that, we can expect the SE variant to feature higher factory overclocks and a slightly better PCB. All Nitro+ Radeon RX 6800 series graphics card variants feature a dual 8-pin power connector configuration so a good PSU around 700-800W would be recommended for these cards.

XFX has also provided a better look at its own triple-fan custom design for the Radeon RX 6800 XT and Radeon RX 6800 graphics cards, known as the Speedster Merc 319. The graphics card takes a lot of inspiration from the THICC III variant we saw on the RX 5700 series cards and takes it up one notch by offering a sleeker design.

From the teaser, we can see that the card will feature a black color scheme and what seems to be either white or silver texturing around the fans and shroud. The front shroud features a triple-fan design which indicates that this is the THICC III variant we are looking at from XFX. The Radeon RX 6800 XT & RX 6800 THICC series cards will feature 13 fan blades each on two fans on the side and the one in middle seems slightly smaller due to the positioning of the Radeon logo and as such, it could end up featuring a lower fan-blade count due to the reduced diameter.

The Radeon RX 6800 XL which is the non-XT variant is shown in the teaser but we will definitely get an XT variant with the same design from XFX too. The back of the card features a very solid back-plate design that comes with cut-outs in XFX naming and a larger exhaust vent on the back which the rear fan can blow air out of. The cooling solution comprises a large aluminum heatsink block and incorporates several heat pipes which will offer some good cooling results when the card is running at peak gaming loads.