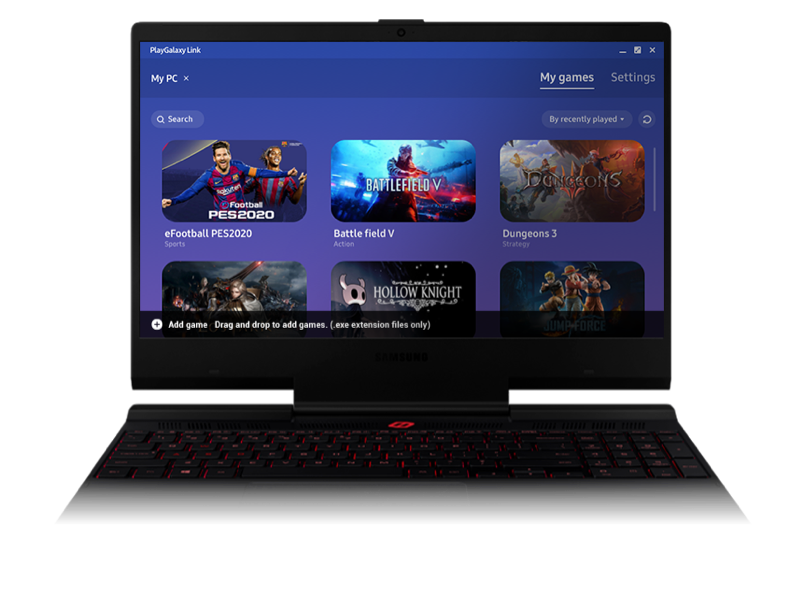 The Galaxy Note 10 announcement was host to a lot of gaming-centric features that the smartphone would support. One of them was their Game Streaming app known as Play Galaxy Link. The service was expected to launch sometime in September, and it is now. The official site is now live, and the Android app is available for download. The desktop app (pictured below) lets you add any game from your PC and makes it playable on your Galaxy Note 10. Your PC needs to be running Windows 10, run an Intel Core i5 or higher CPU, an NVIDIA GPU NVIDIA GTX 1060 or higher, AMD Radeon RX 550 or higher GPU and have at least 8 gigabytes of DDR4 RAM for the service to work optimally.

Play Galaxy Link allows you to connect to your PC over WiFi or mobile data and stream your library of games on Samsung your phone or tablet. The service supports third-party Bluetooth controllers, mice, and keyboard. There's even a custom-designed Glap controller peripheral that your Galaxy phone can fit inside.

Currently, Play Galaxy Link is still in beta, and it's only available in the US and Korea. You can download the Windows app using this link, and the Android app can be downloaded from the Galaxy Store or APK Mirror. It's restricted to the Galaxy Note10 and 10+ at the moment, but more devices and regions will be added shortly.

Conversely, you can play mobile games on your PC via the Android app too. Sideloading the APK in a country outside of the US and Korea doesn't work. This is about as far as I could get with the Android App on my Galaxy Note 10+. I'm going to try a few workarounds and see if I'm able to get the app running. It'll be interesting to see how Play Galaxy Link fares against the newly-announced Apple Arcade and the soon-to-be-released Google Play Pass.