When it comes to Samsung, one thing's for sure. There are very little device categories and sizes that Samsung hasn't provided offerings for so far and we've seen its devices hit the shelves covering almost every category of performance and dimensions. But while the Galaxy Tab might be large, it surely doesn't appear to be large enough, especially if we take into consideration some of Samsung's other device plans that have been surfacing these days. The Korean tech giant might also have a fabled competitor for the fabled Apple iPad Pro we've learned today. 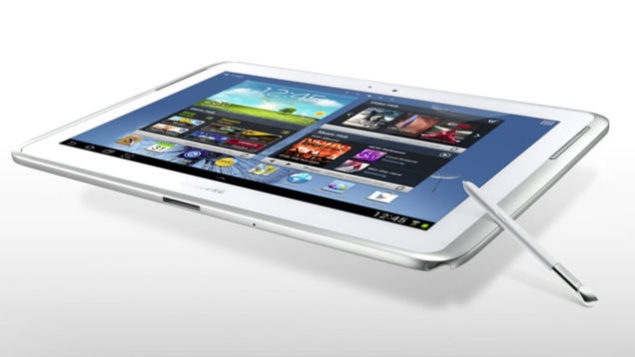 Even though tablets have started to loose popularity among users, that doesn't stop more and more news popping up about manufacturers looking to increase screen sizes even more on potential upcoming offerings. The most popular of these is Apple's much talked about iPad Pro, which has been in the news for nearly a year now. But today's post is about what appears to be Samsung's reply to Apple's much hyped about tablet, as we've learned that the Korean manufacturer might also have such a device under the works.

According to word straight out of Beijing, Samsung's got a 12 inch tablet under the works. This device won't be using any of the company current Exynos series of processors, but will be heading more towards the Ultrabook category, with Intel's 14nm Core M ticking under the hood. The display will be Super AMOLED and will have a resolution of either 2560 x 1600 or 3840 x 2400. It'll be weighing in at 600 grams, and will also be coming with the company's S Pen on board.

On the software end, don't expect Android to make another appearance on this device, as Samsung's being said to consider Windows 10 for its high powered slate. All of this will be powered by 4 GB of RAM and looks like Samsung's decided to enter the tablet/PC hybrid segment as well.

We'd advise you to wait before you take anything to be final but a hybrid or even a larger screened, well spec'd device from Samsung would be very interesting indeed. Will it be sporting a Touch interface only or will Samsung choose to go the Microsoft way? We've got a lot of questions so lets see how this pans out. Would you go for such a device? Stay tuned and let us know what you think in the comments section below.