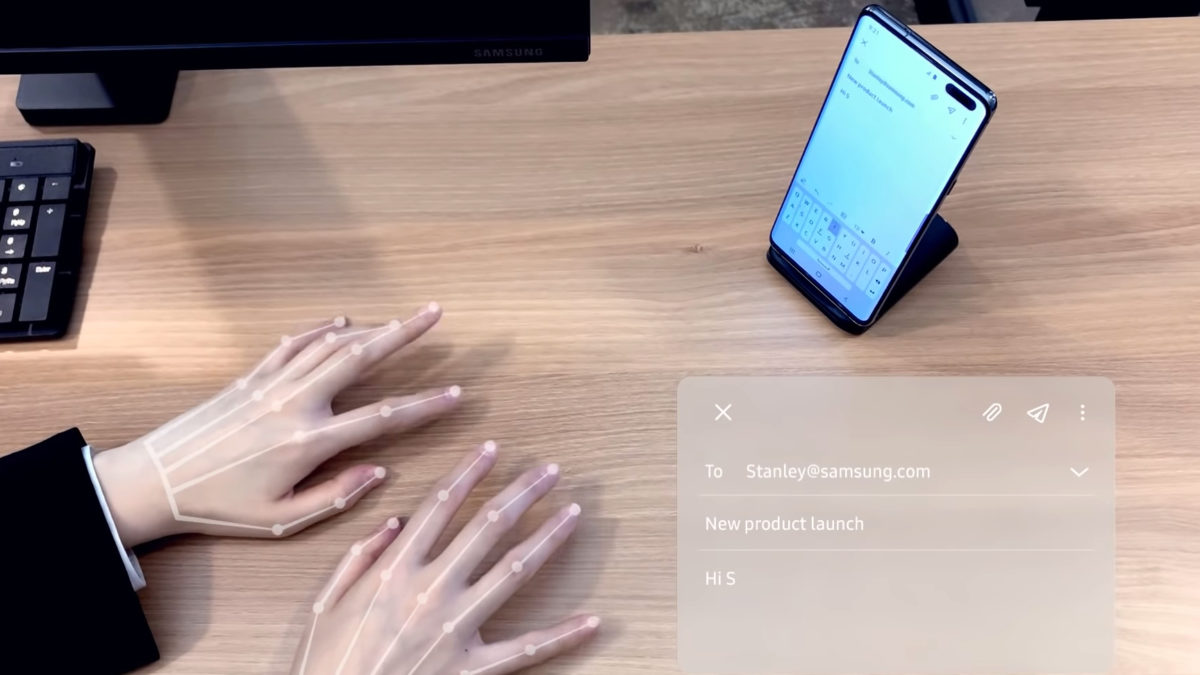 A long time ago, I remember watching an iPhone concept video that showed how the iPhone 5 could 'project' a keyboard on to any surface. We're now several iPhone generations ahead of it and nothing has come on it. Samsung, on the other hand, has developed what appears to be the world's first 'virtual' keyboard. Here's a sneak peek at it.

The keyboard is SelfieType and it was created by Samsung’s C-Lab division. It employs a copious amount of AI and images recognition technologies by creating an invisible QWERTY keyboard on a hard surface such as a desk. Once a layout is created, it uses the device's front-facing cameras coupled to determine what the user is typing in real-time.

Virtual keyboards powered by laser projectors have been around for a long time. They're not the most efficient or accurate and don't even get the job done properly. Their only conceivable advantage is that they eliminate the need to type on a touchscreen.

SelfieType doesn't seem to require any additional hardware such as a projector. That means that we could potentially see it make its debut on upcoming Samsung smartphones or tablets. It could even make its way to older devices with compatible hardware via a software update.

It is entirely possible that Samsung is using this opportunity to demo the tech on specialized hardware. It could possibly take months, even years before we find it on a consumer grade smartphone or tablet.

While SelfieType may look appealing and futuristic, several questions remain unanswered. Since the keyboard is invisible, just how is the user supposed to know what key they're mashing. How can the sensor tell the difference between different keystrokes? How accurate will it be to type on it? We should know the answer to that once Samsung officially unveils the tech at CES 2020.

Watch this space for our coverage of CES 2020.