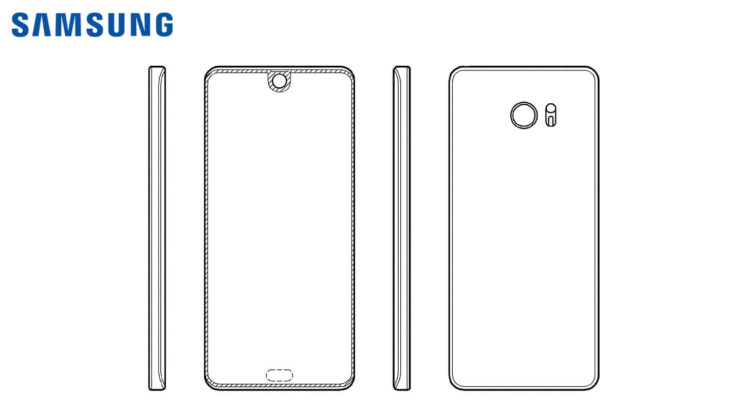 A complete ‘all screen’ phone is yet to be seen, as evident with the release of the iPhone X and Xiaomi Mi MIX 2. However, Samsung might have an answer to the iPhone X notch design and we are going so far as to say that the tech giant might even find a way to one-up the Cupertino tech firm.

Latest Samsung Patent Reveals a Method for Having Holes in the OLED to Accommodate the Camera, Speakers, and Other Components

The patent was initially spotted by LetsGoDigital and it describes a method for having holes in a flexible OLED screen for the camera, speakers and other sensors. It pretty much shows a smartphone design where you would be able to see the entire screen and have very little distracting elements, which was achieved somewhat with the release of the iPhone X.

The notch would have definitely made it a ‘love and hate’ relationship for millions of users out there when they got their hands on the iPhone X.

If you look at the image, there is something else that you will notice; a conventional Android home button. The home button will not have a clickable mechanism, but it will act as another hole to accommodate all the key components that were present in the notch of the iPhone X. 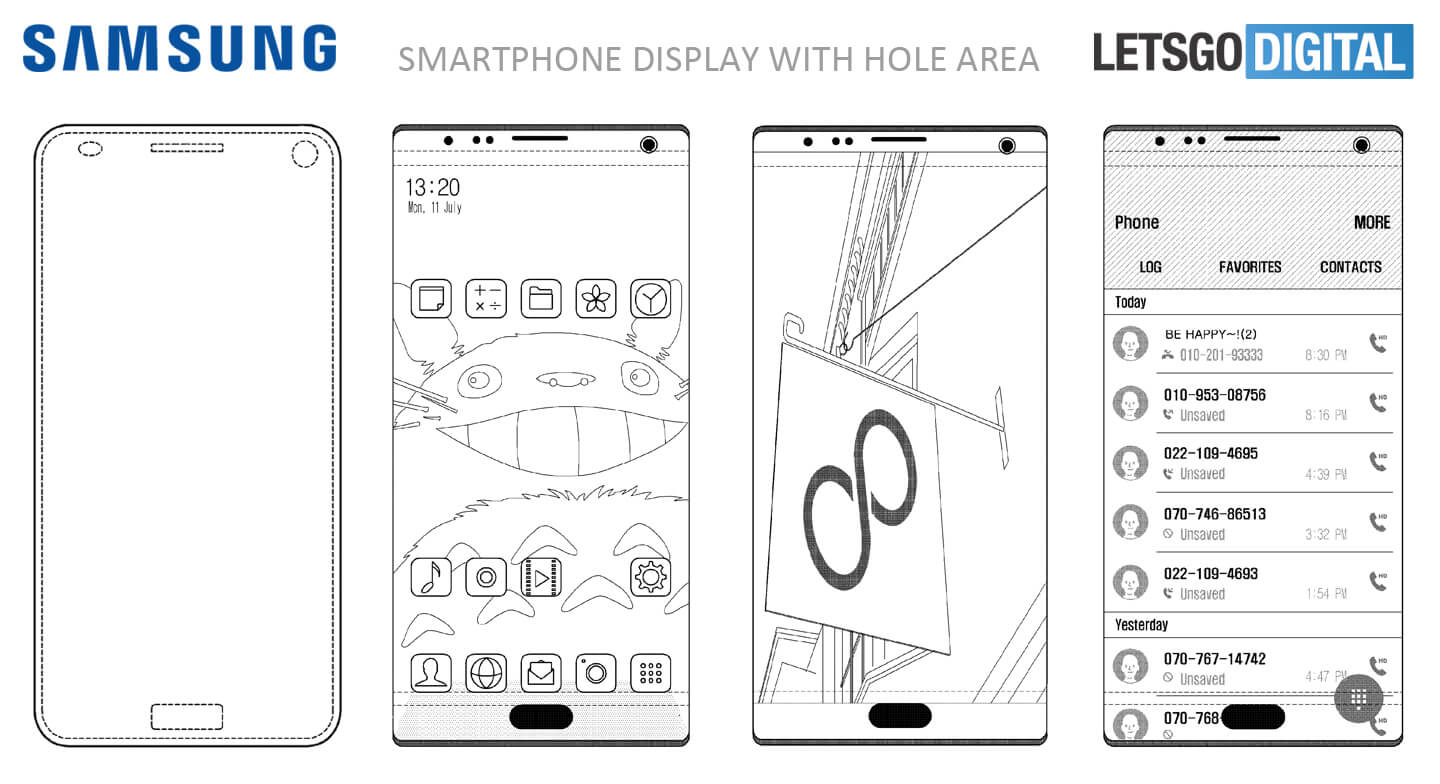 Looking at the size of the hole, we’d have to say that Samsung would be thinking to incorporate a 3D sensing solution that would not only give future devices accurate facial recognition technology, but Samsung could design its own version of Animoji, which will be exciting to see.

While we report this, do not wait on the Galaxy S9 or Galaxy S9+ to get this change or the Galaxy Note 9 for that matter. We are still in the phase of seeing in-display fingerprint readers present in future devices, so slowly we will be waiting for additional developments to take place.

So what do you prefer, a hole or the notch for your future handset?