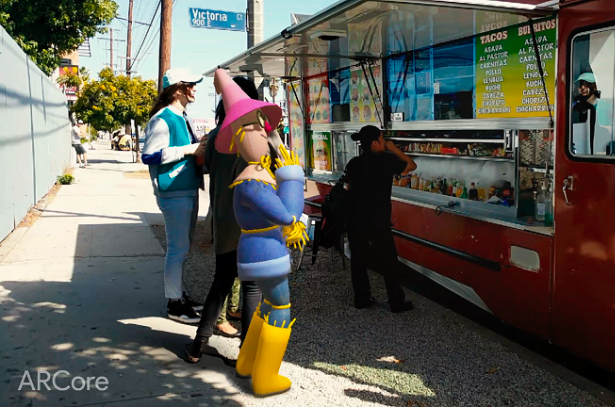 Samsung hosted a Developer Conference today, wherein the company revealed its partnership with Google for bringing ARCore to some of the Galaxy devices. The SDK launched in August supports Galaxy S8, but today it makes everything official from Samsung and Google.

To recall, Google Pixel and Samsung Galaxy S8 were the first phones to have ARCore compatibility in the preview period. Clay Bavor, head at Google VR and AR announced at the Samsung Developer Conference that Galaxy S8+ and Galaxy Note 8 are getting support for ARCore.

With today's announcement, Samsung has also confirmed its commitment to ARCore for the upcoming devices. In a statement, the company said:

Building upon Samsung’s heritage of creating pioneering technology that delivers incredible experiences to unlock new realities such as VR, the company is committed to continuing to advance technologies in AR. Through a partnership with Google, developers will be able to use the ARCore SDK to bring AR to millions of Samsung consumers on the Samsung Galaxy S8, Galaxy S8+ and Galaxy Note8. This strategic partnership with Google offers new business opportunities for developers, and a new platform for creating immersive new experiences for consumers.

Samsung's commitment to Google ARCore looks ambitious as when we look at the past, Samsung has often tried to come up with its own version of Google products like Google Assistant (Bixby).

Coming to the VR segment, Samsung devices support Google's Daydream VR. We think that Samsung has taken the right decision by joining hands with Google for AR support as it only makes sense to have a standard AR provider than creating one. This way, AR technology can have better adoption too. We can expect other Android OEMs to follow suit.

As we mentioned earlier, this partnership is advantageous for Google as it can now push ARCore to more Android devices and battle with Apple's ARKit. Google's ARCore is committed to bringing AR technology to Android devices without specific hardware requirements. ARCore is still under preview version, but Google is aiming at bringing it on 100 million Android devices before the preview period completes.