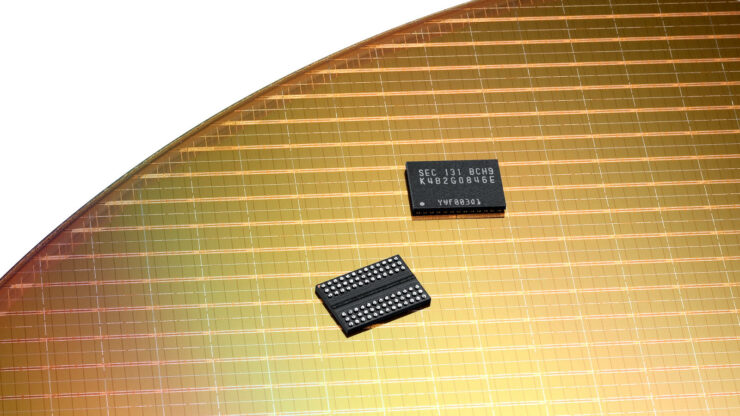 Better internals that were readily seen on smartphones were only the chipset and the camera hardware but Samsung is developing more efficient and powerful components that will be among the next-generation family of smartphones. Unfortunately, it does not look like the Galaxy Note 9 will feature these components, but there is hope for Samsung’s latest and greatest for 2019.

Galaxy S10 Was Earlier Rumored to Come With LPDDR5 RAM and UFS 3.0 Storage for Insane Levels of Performance

Ice Universe on Twitter has mentioned that Samsung will start production of LPDDR5 and UFS 3.0 chips starting from the second half of this year. Bear in mind that the Galaxy Note 9 is expected to be announced during the month of August, and because the month of August falls in the latter half of 2018, it can be speculated that the phablet will be the first to gain access to the newest set of components, but that is not going to be the case, unfortunately.

That is because when we reported about the Galaxy S10 for the first time, it was rumored that the upcoming flagship would be the first from Samsung to provide support for LPDDR5 RAM and UFS 3.0 storage. You can get to know all about UFS 3.0 storage here.

As smartphones get better, we’ll obviously be able to see massive improvements from the camera; 8K video recording capabilities will eventually become a common sight and you’ll need faster memory chips to keep up with the read and write speeds. The iPhone X, iPhone 8 Plus and the iPhone 8 became the first mainstream smartphones to provide support for 4K video recording at 60FPS so improvements will continue to take place on these handsets.

Samsung will mass-produce LPDDR5 and UFS3.0 chips in the second half of the year, and I look forward to the Galaxy S10.

As for LPDDR5 RAM, we’d like to explain that in a little more detail. Consumers can expect performance improvements of approximately 10 percent from LPDDR5 chips as opposed to their direct predecessors. These DRAM chips should also be at least 15 percent more energy-efficient than LPDDR4 modules. Additionally, because LPDDR5 RAM will feature a smaller bit bus, it’s expected to be even more efficient than its desktop counterpart.

Regarding pure speeds, the jump to the next generation of Samsung‘s random access memory isn’t as significant as the previous one which essentially doubled DDR3 speeds but should still feature data rates of approximately 3,600Mbps per pin as opposed to 3,200Mbps.