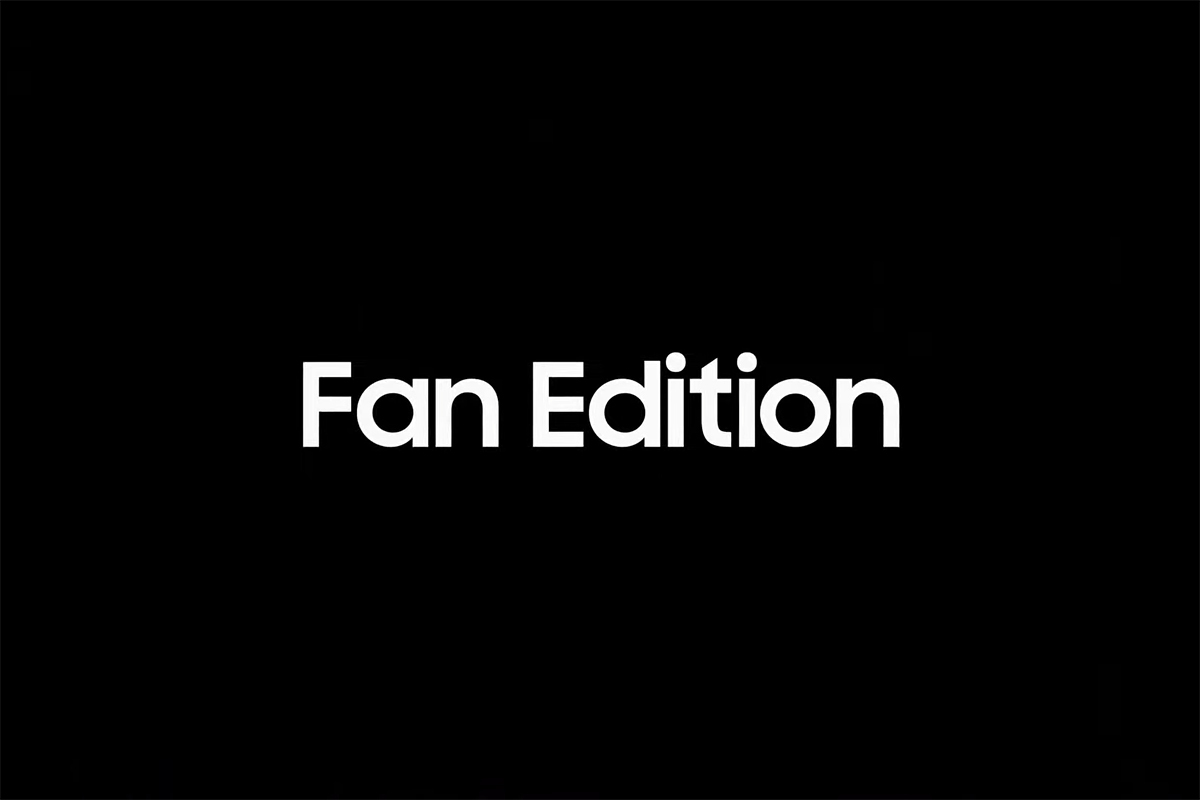 Samsung launched the Galaxy S20 Fan Edition yesterday and to our surprise, the device was better in every aspect while costing just $699 for the base model. However, during the event, Samsung dropped an interesting bit of information telling us how the company is going to start launching more Fan Editions of the Galaxy flagship devices. However, Samsung did not confirm whether it is going to happen to the current line up or whether it will only apply to the future devices that Samsung will be releasing.

It is important to know that Samsung has released the more affordable versions of their flagship devices under the "Lite" monicker, but Samsung is now planning to drop that altogether, and move to the Fan Edition, which seems to be more appropriate.

The Fan Edition monicker first came into the place when Samsung re-released the Galaxy Note 7 after the initial call back, and that device carried an entirely new badge on the back, as well. Ever since that, Samsung had gone quiet about Fan Edition monicker altogether until yesterday when they finally decided to launch the Galaxy S20 Fan Edition after months of speculation.

Honestly, not paying the premium for a flagship that still offers the same specifications aside from some obvious corners that have been cut is not a bad idea. For starters, the Galaxy S20 Fan Edition is based almost entirely on the Galaxy S20 but has a polycarbonate back and a metal chassis. It retains pretty much every other feature including the gorgeous 120Hz screen which is now a flat screen with FHD+ resolution. You are also getting 5G capabilities of you are in the U.S. since it is available in both Snapdragon 865 as well as Exynos 990 variants based on the market, as well.

The phone is going to start shipping on 2nd October later this year and will start from $699 for the base model. Needless to say, the Galaxy S20 Fan Edition seems like a much-needed addition in the lineup that.