Things seem to be getting heavy in Samsung's Galaxy S6 territory. As we approach January, leaks about the device are increasing at a nice rate. Before we get into what Antutu has in stock for you today, lets take a recap of all that we know about Samsung's next flagship so far. Not only will Samsung be releasing the Galaxy S6, but according to folks over at SamMobile, a new phablet called the Galaxy S6 Edge will also be releasing alongside the Galaxy S6. 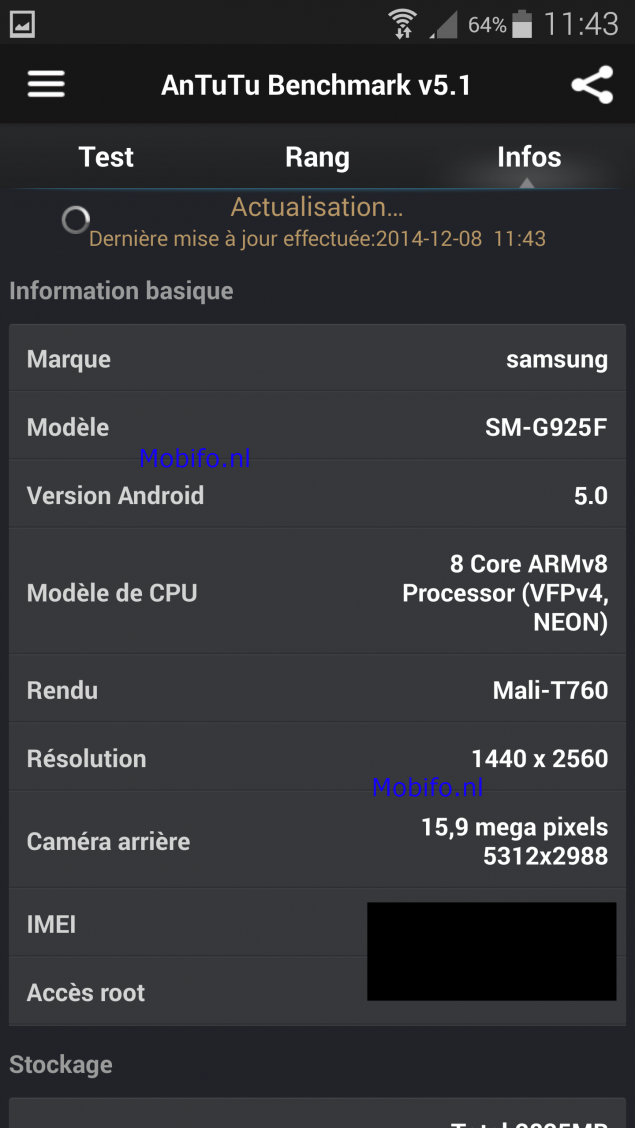 According to the latest Antutu benchmarks, the Samsung Galaxy S6 will in most probability coming with a 1440 x 2560 screen resolution and a 5.5 inch diagonal screen size. The processor for the device is going to be Samsung's in house octa core, Exynos 7 Octa but Samsung can also be expected to launch it with the Snapdragon 810 on board, for international markets.

Camera resolution on today's benchmark is slightly different from what we've heard and been expecting before. This latest benchmark shows the Galaxy S6 sporting a 16 MP rear camera, as opposed to a 20 MP one as previously thought before. Whatever the case may be, the Galaxy S6 sounds pretty good so far. Let's hope folks over at Samsung do not disappoint with their latest and end up satisfying all of die-hard Samsung Galaxy fans needs. After all, the Galaxy S6 Edge also sounds quite amazing, and Samsung might have a winner on its hands indeed. We'll keep you updated as this develops.