With January and next year's Consumer Electronics Show fast approaching, more and more news has started to become available about Samsung's new hardware plans and specifications for its next flagship smartphone - the Samsung Galaxy S6. The Samsung Galaxy S6 has been the feature of quite a few news items over the past days, and thanks to these various leaks and rumors, we can get a rough idea of what Samsung's next flagship device will come with. 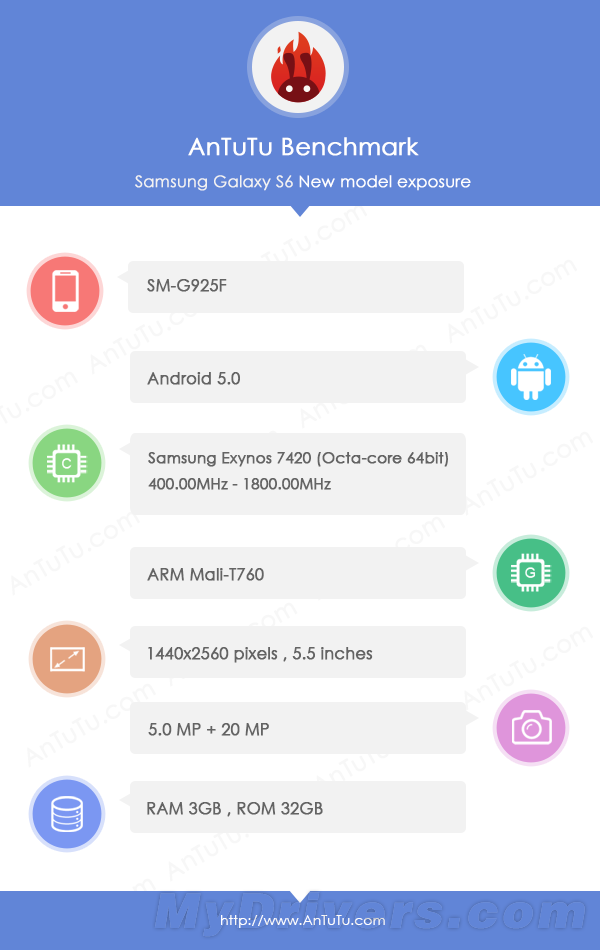 The Samsung Galaxy S6 is expected to follow Samsung's two-tier strategy of releasing its devices with two SoC variants. So far, the flagship is expected to come with the Snapdragon 810 and Samsung's in-house, octa-core, Exynos 7 Octa on board. Both the Exynos 7 Octa and the Snapdragon 810 come equipped with Cat 6. LTE which can delier download speeds of up to 300 MB/s.

But if news out of Korea holds any water, Samsung plans to change that with the release of the Galaxy S6. Allegedly, the manufacturer is also developing its own in-house tri-band LTE Cat. 10 baseband, which will be able to deliver download speeds of up to 450 MB/s. To make things better, this Cat. 10 technology will be integrated with Samsung's in-house Exynos SoC.

If true, then we could very well be seeing the Samsung Galaxy S6 coming with Cat. 10 on board. Qualcomm already has developed the technology, but has not introduced it on the Snapdragon 810. Cat. 10 on the Exynos could end up opening several doors for Samsung. This would include a lesser dependency on third-party suppliers for its devices and could allow the manufacturer to pursue areas of development it has not ventured into before. Nevertheless, its still too early to be making concrete speculations about Samsung's development plans, so stay in touch and we'll keep you updated. And let us know in the comments section about what you think.