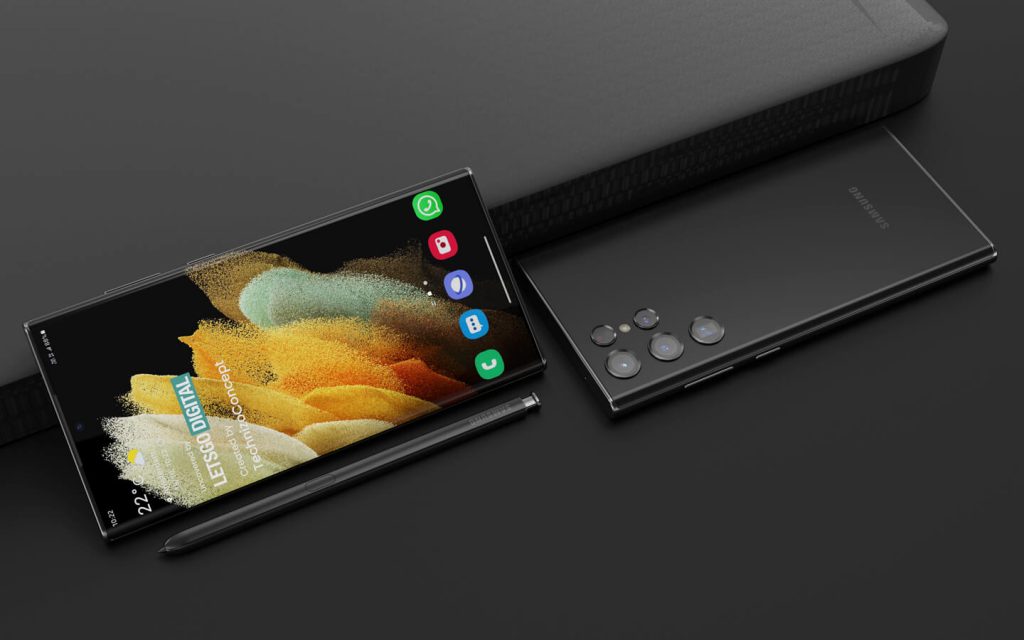 The Galaxy S22 Ultra is slated to receive the biggest design update and a tipster has shared specifications and renders of the device (via MySmartPrice). It can be seen in the render images that the Galaxy S22 Ultra will feature a boxier design similar to the last Galaxy Note. Similar to the Note-lineup, the S22 Ultra will also come with an S-Pen which will be 2.8ms, the lowest so far on the lineup. The company will use its recently announced Exynos 2200 chip and the Snapdragon 8 Gen 1 chip in the latest Galaxy S22 lineup.

On the back, the Galaxy S22 Ultra will feature a quad-camera setup. The device will feature a 108MP Super Clear Lens main camera and a 12MP ultrawide lens. In addition to this, the 10MP telephoto will offer 3x and 10x optical zoom and the main camera will support 12-bit HDR recording with auto-frame rate support. Lastly, the front-facing camera will be a 40MO sensor.

The 6.8-inch 2X Dynamic AMOLED display features a 2K resolution of 144 x 3088 pixels. Moreover, the 120Hz refresh rate will be part of the hole-punch LTPO display which means that it will have the option to switch between 1Hz and 120Hz to save battery life. For enhanced protection, Samsung will use Gorilla Glass Victus+. The device will come with 45W fast wired charging and 15W wireless charging capabilities with an IP68 rating for better dust and water resistance.

This is all there is to it, folks. We will share more details on the Galaxy S22 Ultra as launch days are near. Share your expectations with us in the comments section below.