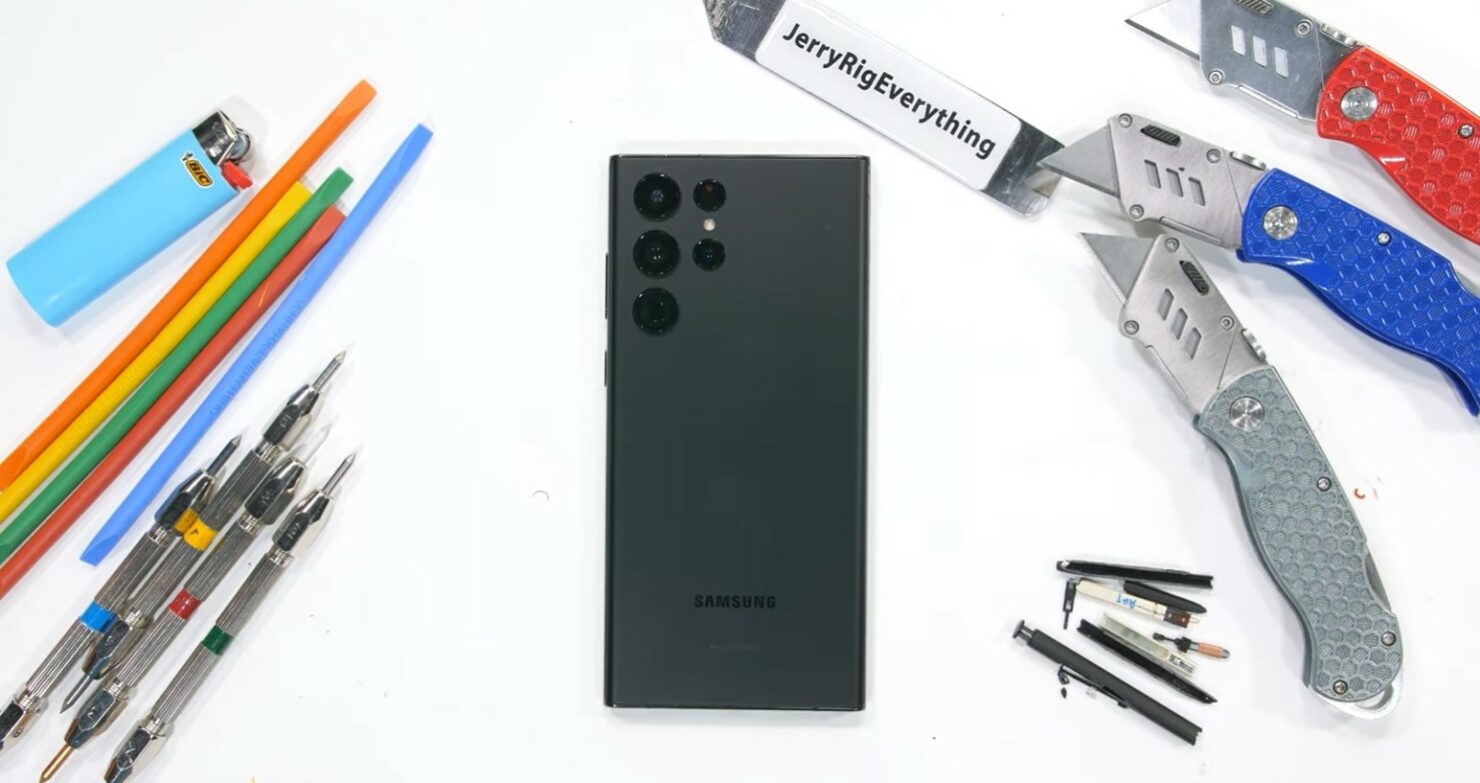 Samsung recently announced its latest Galaxy S22 lineup with a new design and a powerful processor. It is always entertaining to see how the new flagships perform under durability tests and the Galaxy S22 Ultra is no exception. Samsung's latest and greatest goes through a series of tests which includes scratching, bending, and much more. If you have are deciding to buy the Samsung Galaxy S22 Ultra, check out how it survives the test.

The durability test was conducted by the YouTube channel JerryRigEverything and shows how the Galaxy S22 Ultra performs under intense conditions. The durability test starts with the display scratch test and the results are not surprising. Samsung uses the Gorilla Glass Victus on the front that scratches at "level 6 with deeper grooves at a level 7." While it is not bad, mainly all phones these days have the same outcome, which includes the latest iPhone 13 Pro models.

The frame of the Galaxy S22 Ultra is made up of metal which can withstand hits but not scratches over time. The new and improved S Pen on the S22 Ultra breaks with a bit of force since it is made of plastic. The back of the phone is also made of glass but features a matte finish. The matte finish will resist scratches to a certain point but it can be seen that the blade does not show any marks.

The new display on the device features a variable refresh rate. While it can withstand heat to a certain level, the Galaxy S22 Ultra durability test shows that it leaves a permanent white blemish on the screen. Lastly, Zack performed the bend test and unsurprisingly, the device is built like a tank. Bending from both sides had no impact on the device which is something great for a phone this size.

The Galaxy S22 Ultra passes the channel's durability test easily. For more details on the test, you can check out the video embedded above. This is all there is to it, folks. Share your views with us in the comments section below.