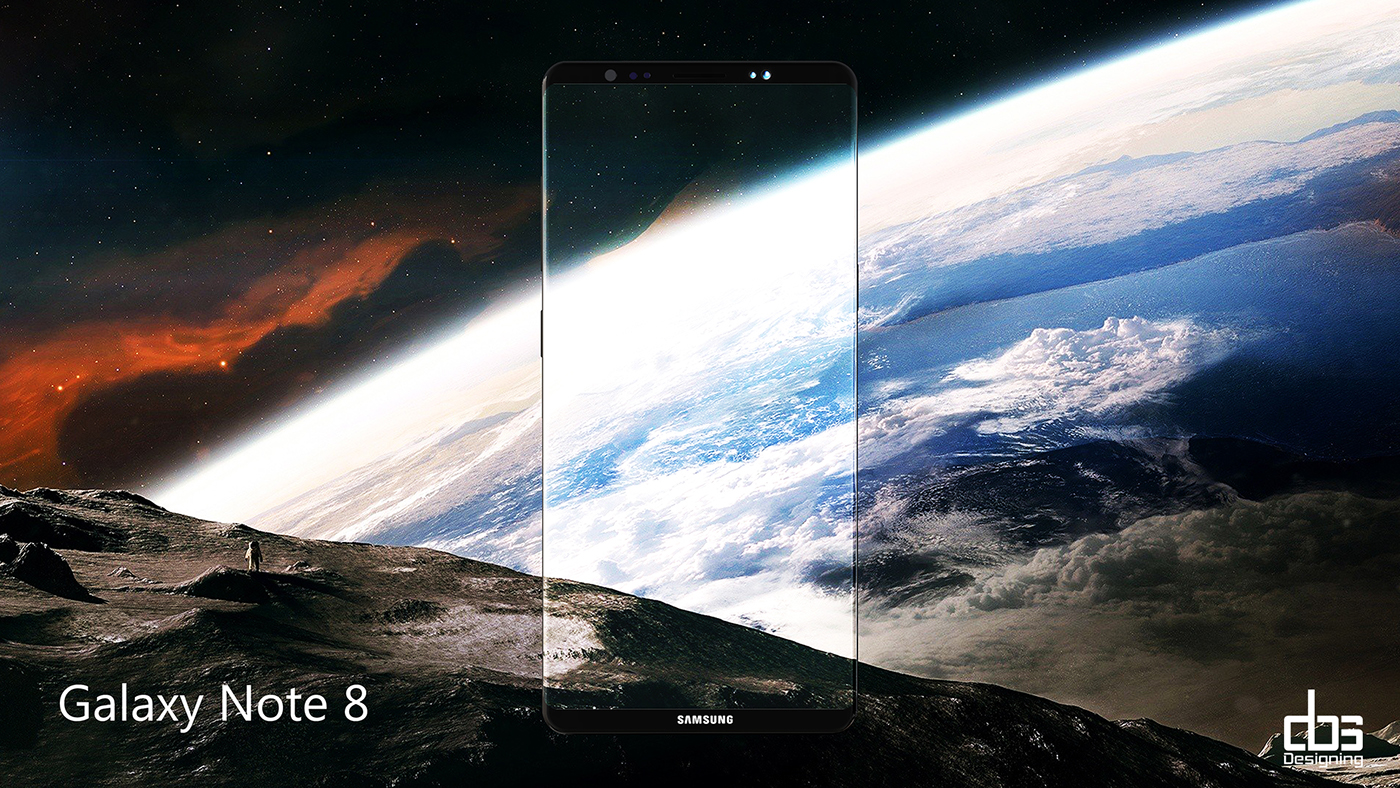 We've got a lot of leaks for the Samsung Galaxy Note 8 over the past couple of months. The Korean tech giant is all set to launch the device later this month. Samsung's had a rough time with the Note lineup lately, with the Note7's disastrous exit last year. The phablet's malfunctioning batteries left Samsung red-faced and short on revenues and market reputation. The Korean teach giant recovered quickly with the Galaxy S8 and S8+, with the pair being its best designed smartphones in recent years. Now, Samsung looks to bring a popular Android flagship feature on its portfolio with the Galaxy Note 8. Take a look below to find out more.

This year, Samsung and LG have started off on a new trend for flagship smartphones. Bezel free, edge to edge displays are the latest talk of tech town and a lot of upcoming flagships will also feature such displays. The most notable is Apple's iPhone 8, which itself is the centerpiece of several leaks depicting the feature. The Galaxy Note 8 will also sport such a display, as Samsung's not the one to skip out on popular features.

Speaking of popular, another such feature is a dual camera setup for a flagship smartphone. Give than gadgets have taken over the traditional point and shoot camera industry completely, manufacturers are in a constant rush to equip their devices with the best cameras. Now, Samsung will also bring a dual camera setup on its premium gadget lineup, starting with the Note 8.

Today, the company posted two teaser videos on its official Korean Youtube channel, which might provide more details for the phablet's camera specifications. We've heard rumors claim that the device will feature a dual camera with 2x lossless zoom. Samsung's latest teaser video hints at a similar feature, as users continue to zoom in at various objects throughout.

The second video hints at improved S-Pen functionality, which will please a lot of old users of the lineup. Samsung's S-Pen is very popular with a lot of folks and it'll be interesting to see how this will work with the phablet's improved display. Thoughts? Let us know what you think in the comments section below and stay tuned. We'll keep you updated on the latest.