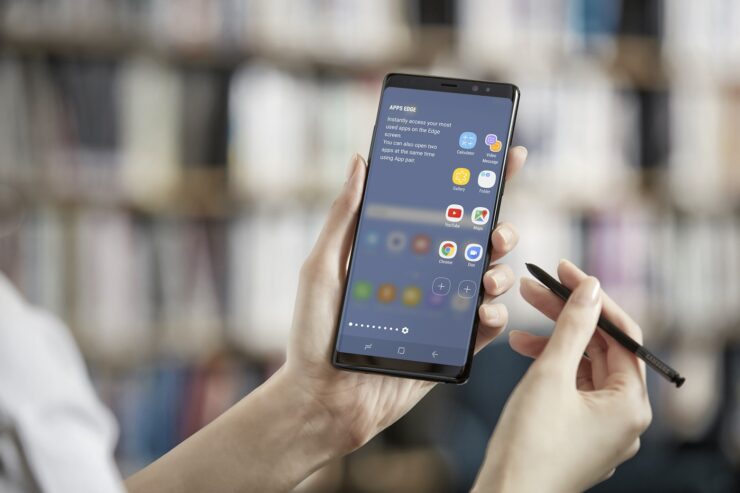 Samsung has unveiled its highly awaited Galaxy Note 8, which will be available for preorder starting tomorrow, August 24. The device goes on sale in both the UK and the US on September 15. As for the Note 8 price, the phablet is going to cost £869 in the UK and  the price has now been announced by several carriers and electronics retailers in the United States, as well.

The Samsung Galaxy Note 8 comes in four colors: Midnight Black, Orchid Gray, Maple Gold and Deep Sea Blue. However, in the United States, the device will only be available in black and gray. It is unclear where exactly will the Gold and Blue options be available or if Samsung will introduce them at a later date.

If you watched the livestream and are excited to get the latest Note, you can choose to preorder the Galaxy Note 8 and get your hands on some freebies too. Samsung is offering a choice between a free Samsung Gear 360 camera ($229.99 value) and a charging bundle ($189.98 retail). The latter will include:

While carriers are yet to announce their deals, Best Buy has already released one appetizing promotion. The electronics retailer is offering $150 savings on top of the freebies that are being offered by Samsung with Galaxy Note 8 preorders. If you preorder the Galaxy Note 8 on August 24 from Best Buy, you will be able to save $150 along with the Samsung freebies.

Best Buy's Galaxy Note 8 preorders start at 12:01am ET online and on Thursday morning in the brick and mortar Best Buy retail stores. Along with that, the company is also offering 24-month financing on the unlocked Galaxy Note 8 when purchased with its My Best Buy credit card.

So, there you have it. You can get your hands on this giant phone for just $930 along with freebies worth over $200, making it one sweet deal. We will update this post as more retailers and carriers share their own deals.

Verizon is also taking preorders starting tomorrow in the same Midnight Black and Orchid Grey color options. The carrier has shared that the 64 GB model price will start at $40 a month for 24 months on a payment plan. You can buy the unlocked version for $960.

Similar to Best Buy, Verizon is also offering something extra along with the promised Samsung freebies. The company has said that buyers will be able to receive up to 50 percent off their new device with an eligible trade-in. Additionally, you can also get $100 off the Samsung Gear S3 with a two-year activation.

The company is offering the device on $210 down payment and $30 a month on EIP and $0 down with $39 a month for JUMP! On Demand customers.

AT&T will offer the Note 8 for $950. On the Next Plan, you can get the smartphone for $31.67 a month for 30 months. You can also avail the BOGO deal if you purchase a Note 8 on AT&T Next with a DirecTV subscription.

US Cellular has been the most vague about Note 8 deals, offering the following statement:

[Update]: US Cellular is apparently offering the prepaid model for $900. Preorders start $32.10 a month for 30 months with $0 down payment. More here.

If you buy the Samsung Galaxy Note 8 from Sam's Club by September 24, you can get the Samsung freebies (Gear 360 at $230 OR the charging bundle at $190). You will also get a $200 Sam’s Club gift card if you get the Note 8 on a Verizon, AT&T, or Sprint installment plan. Those who get the devices activated by September will also receive a waiver of the activation fee ($40).

Samsung is offering some awesome trade-in deals with a few of our readers reporting saving as much as $500. For more details, visit this earlier post.