Its official folks. One of 2015's highly anticipated smartphones is being showcased to you in all its glory; the Samsung Galaxy Note 5. Even though there were myriad of images and specification leaks concerning the upcoming handset, we have finally seen what Samsung was working so hard to achieve. In addition to all the impressive hardware stacked inside the flagship phablet, Galaxy Note 5 also comes with a physical keyboard cover can be attached or detached at will. After all, Samsung does not want to get rid of the tactile feeling when you press a button.

Galaxy Note 5 Comes With A Physical Keyboard And Sports A Cat LTE 9 Modem; See All The Images Of The Handset Here

While it was disappointing to see that Galaxy Note 5 did not sport Exynos 7422, the handset still features the next best thing; Exynos 7420, Samsung's 14nm SoC that debuted with the Galaxy S6 Duo earlier this year. What is even more exciting is that Galaxy Note 5 comes with an S Pen that possesses a clicking mechanism. This mechanism allows the stylus to pop right out, which gives the user a very satisfying feeling when using their large screen smartphone.

In order to keep the spirit of physical keyboards alive, Galaxy Note 5 will also provide support for a physical keyboard cover. Additionally, since it is a flagship handset, it will be sporting a Cat 9 LTE modem. One Other real nifty feature coming from the smartphone is that Galaxy Note 5 lets you scroll while capturing a screen shot, so it is one image at the end of the day.

Apart from possessing 4 GB of RAM underneath its hood, Galaxy Note 5 also provides support for 4K video recording, which is a feature that has become a regular entry in flagship smartphones. However, what most handsets do not feature is VDIS + OIS, which not only stabilizes the camera sensor while snapping images, but the same function is carried out while recording videos, regardless of what resolution they might be. 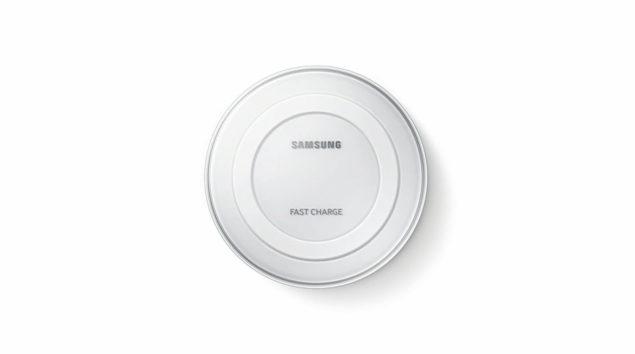 While wireless charging has yet to surpass hardwire charging, Samsung has reduced the overall charging gap between these two methods. Now, Galaxy Note 5 will charge from 0-100 percent in matter of two hours through wireless charging. As for the launch date; officially, Galaxy Note 5 starts getting sold from August 21, but US pre-orders start today at 3 PM, which is great news for those living in the boundaries of the United States. Like the Galaxy Note 5's images? Let us know what you think in the comments section below.