Samsung Reportedly Aiming to Ship 6 Million Foldable Smartphones Next Year, Despite the Fragility of the Galaxy Fold 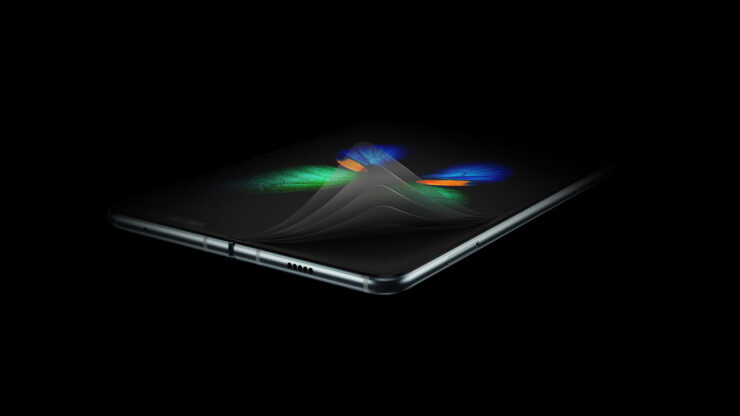 Although Samsung’s foldable smartphone journey began on a sour note, the company reportedly seems determined to pursue this category. The Galaxy Fold, which was reportedly produced in limited quantities to gauge market response, is apparently doing well in various markets, which is shockingly good news for the company. Now, if a South Korean news outlet is to be believed, Samsung's foldable smartphone shipments for 2020 might be more than tenfold that of this year.

This year, Samsung is expected to sell 500,000 units of the Galaxy Fold in total, which is not bad at all for a niche device with a near-$2000 price tag. In fact, the phone has proved to be so popular that it has sold out in many markets. This implies that perhaps the market is ripe for the new form factor and that’s apparently the reason why Samsung's foldable smartphone shipments for 2020 are expected to reach six million, or at least that’s what the South Korean giant hopes.

The chaebol is reportedly discussing this matter with its display division right now to determine if it has the capacity to produce that many foldable displays. Of course, the real question is even if Samsung floods the market with that may smartphones, will there be any takers around the globe? Apparently, the company was first aiming for 10 million shipments but it seems it has realized that achieving that figure is an unrealistic goal. After all, by most market estimates, sales of foldable phones are expected to be 5 million at maximum next year and it seems like Samsung really wants to corner this market as much as possible.

Next year, the company is expected to release a Moto RAZR inspired foldable phone codenamed ‘Bloom’, and according to various reports, it will be more durable than the Galaxy Fold. However, next year, more players are expected to enter the market and this can affect the sales of the Galaxy Fold successor. Of course, six million units is not a lot in the grand scheme of things, but for foldable phones that cost around $2,000, it’s still an impressive number.

Moreover, it hasn’t been long since the re-launch of the Galaxy Fold and if it fails to stand the test of time, which it has, according to various accounts, the South Korean giant will probably have a hard time selling its second bendable phone. Thus, we will have to wait and see if Samsung's foldable smartphone shipments for 2020 will hit the six million mark.

Full points for optimism though, but we’d like to know your thoughts if you think Samsung’s expected goals are unrealistic or not.