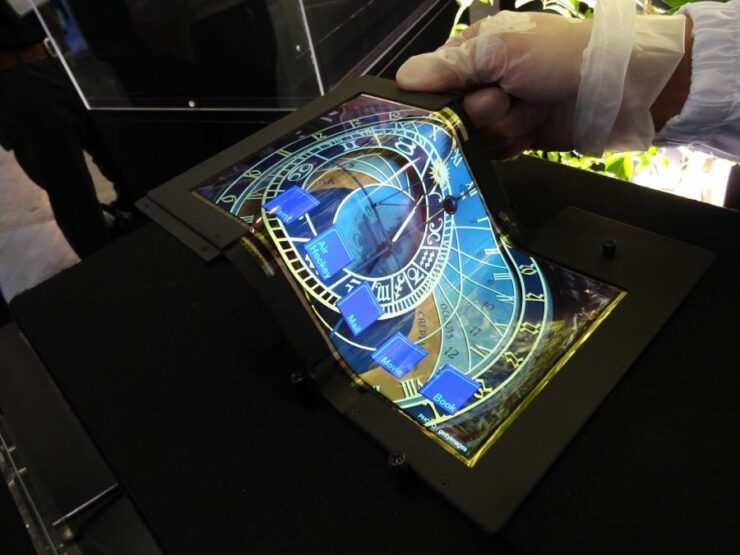 Bezel-less smartphones might be the trend storming the year 2017, but Samsung strongly believes that foldable phones are going to be the future of mobile devices. While initially reported to being announced in 2017, Samsung has now been rumored to introduce a foldable smartphone in 2018.

Koh Dong-jin, the President of mobile business at Samsung has stated that the company is setting its eyes on 2018 to release a phone that will feature a bendable display. Unfortunately, the delay to unveil such a device are probably manufacturing issues to the point where the tech giant will not be able to produce a large number of units without facing a continuous barrage of setbacks.

Even Koh notes that there are some problems which the company will eventually overcome, but didn’t care to mention what they were exactly.

“As the head of the business, I can say our current goal is next year. When we can overcome some problems for sure, we will launch the product.”

We feel that mass producing an AMOLED display in a phone that will eventually become a flexible handset will take some time to manufacture. Looking at the amount of time Apple is taking to officially release the iPhone X as well as the price it is being sold at, we feel that the display component could be the origin of Samsung’s production problems.

Some time ago, Samsung was reported to filing a patent where the name of the device was leaked at Galaxy X. While this might not be the official name of the phone, you have to agree that it would make for a very cool model name when Samsung gets up on stage to introduce the future of smartphones.

In addition, the company has stated that foldable smartphones will popularize in 2019, meaning that it has been attempting to make huge strides in bringing such a phone to the public as fast as possible.