Samsung Develops 512 GB DDR5 Memory Module With Speeds of Up To 7.2 Gbps, Mass Production By End of 2021 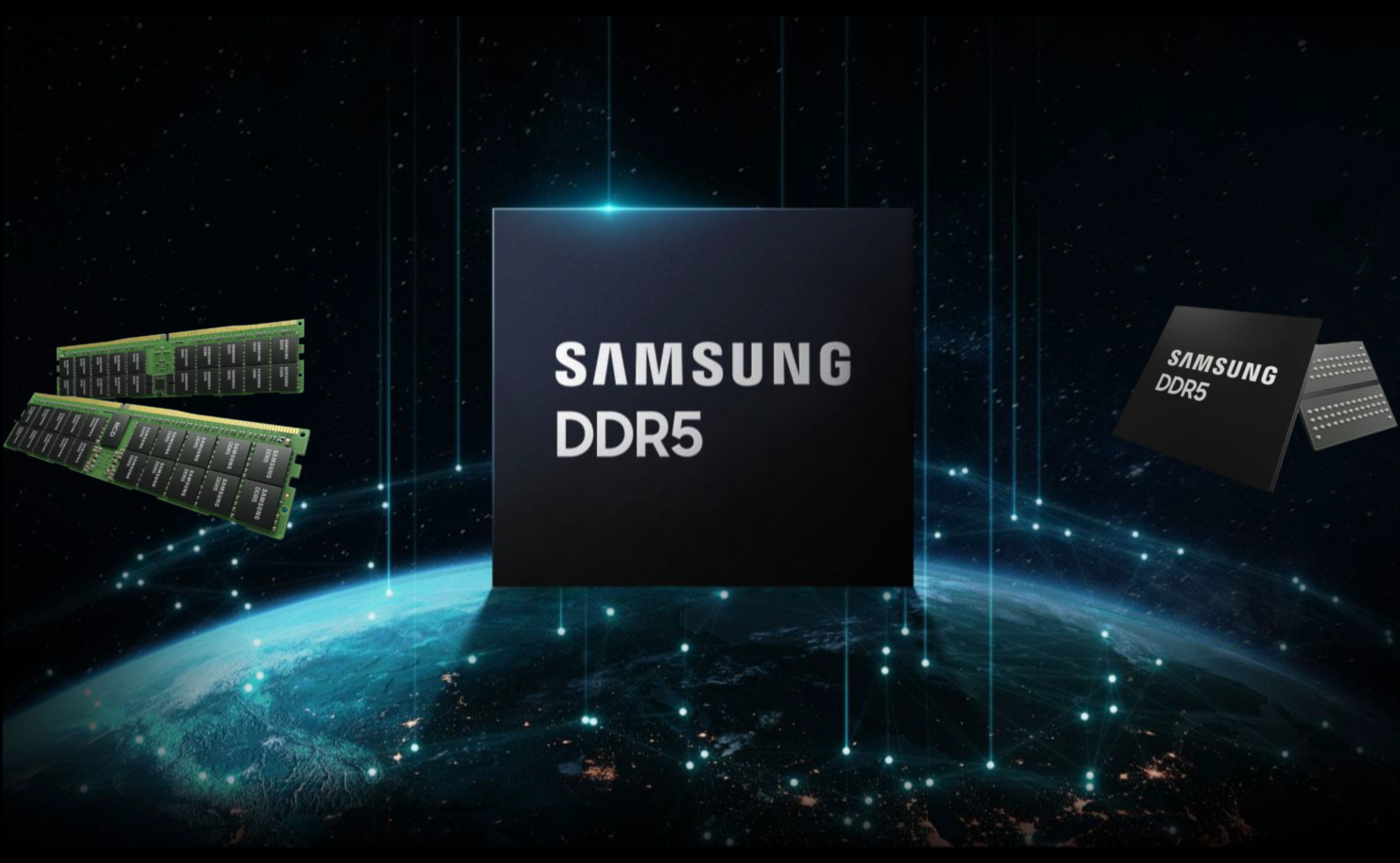 At HotChips 33, Samsung unveiled that it has developed the industry's first 512 GB DDR5 memory module running at pin speeds of up to 7.2 Gbps.

The DDR5 memory solution proposed by Samsung improves over DDR4 on the following four aspects: performance, speed, capacity, and power. As noted by Samsung, there's a continuous demand for increased capacity and performance in the data center segment. With DDR5 DRAM, Samsung is taking things to the next level. 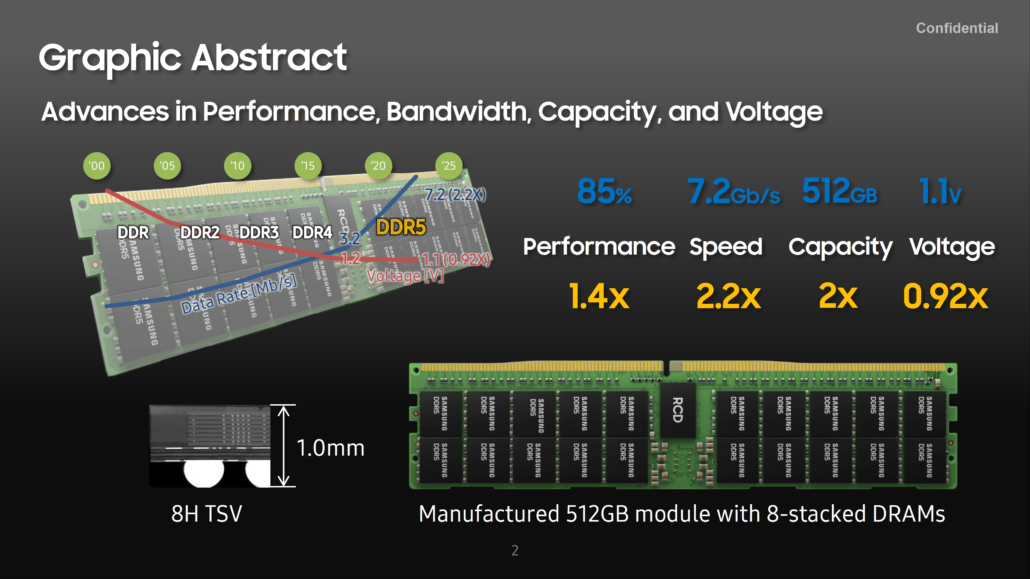 Samsung has developed the last iteration of DDR5 memory modules for the data center segment which features a capacity of 512 GB. This is achieved through the implementation of an 8-stacked DRAM design which features an 8-Hi TSV (Through-Silicon-Vias) stack. The stack measures 1.0mm high and there are a total of 20 stacks on the memory module which are separated into two main channels. The DDR5 TSV stacks also reduce the gap between dies by 40% through a thin-wafer handling technique. There are also key technologies implemented such as Error-free interconnect for the TSV's and better cooling capability with lower airflow impedance.

Samsung is also touting the fastest memory speeds with DDR5 hitting 7200 Mbps at a voltage of 1.1V. The overall improvements include 40% higher performance, 2.2x faster speeds, twice the memory capacity, all at 0.92x the voltage of DDR4. Compared to DDR4, DDR5 provides 18% higher bus efficiency. The higher efficiency is achieved through PMIC (Power Management In-Chip). PMIC reduces the nose for low voltage operation and Samsung is also using a High-K Metal gate process which is a 1st for EDP (Electronic Data Processing) DRAM.

A few features of data center memory also include on-die ECC, improved bit error rate which leads to more reliable and secure data processing. Samsung states that it isn't stopping at 512 GB DDR5. They have also hinted at Terabyte capacity DDR5 memory modules for next-gen servers and they expect DDR5 to be the mainstream computing standard by 2023-2024.