This week, Apple introduced HomePod smart speakers at the WWDC. Now, except for Samsung, most of the brands have their own smart voice-activated home speakers.

Apple's HomePod uses Siri as the intelligent assistant; Google Home uses Google Assistant for voice commands, while Amazon utilises Alexa assistant for Echo speakers. It only leaves a stable space for Samsung to unleash Bixby-powered smart speakers. The company is rumored to be developing a home audio device and has allegedly filed a patent for the design.

For now, we do not have much information about the upcoming device, but Patently Mobile had reported about a patent registered by Samsung in March, that is rumoured to be the design for smart home speakers. In the image below, we see an alleged audio device with a small base stand coupled with a tripod and rectangular display. The product design has an uncanny resemblance with Amazon's Echo Show. 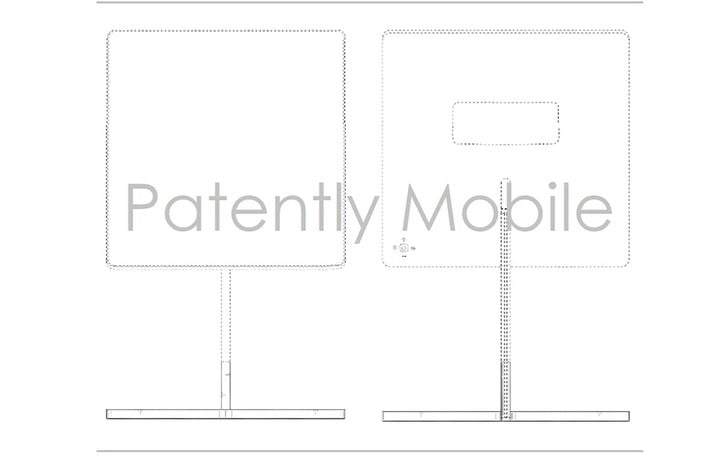 Bixby in its current form can handle questions about the sports scores, weather, schedule, movie showtimes, and more. Eventually, Samsung is planning to extend more abilities to the virtual assistant such as rotating or aligning images, playing videos on TV, etc. There are chances that Samsung's Bixby speaker could come with support for media casting devices like Apple's AirPlay and Google Cast. It seems plausible as Samsung's Smart View app for iOS and Android already has support for YouTube, Amazon Prime Video, Hulu, phone media, and others.

At the time of introducing Bixby last year, Samsung highlighted Bixby's ability to organize information in a single stream. On the Galaxy S8 and S8+, Bixby Home already displays reminders, social updates, and news from media channels like CNN, Flipboard, Facebook Foursquare, Spotify, and Twitter. Samsung is planning to enhance Bixby's ability by making it learn users' routine and habits.

For the smart speakers too, Samsung will allow Bixby to do tasks like setting up reminders, playing music, and more. And if we are not wrong, Samsung might launch the device with an inbuilt camera like Amazon's Echo Show.

The report from Korea Herald tips that Samsung might launch Bixby-powered speakers this fall, alongside the Galaxy Note 8 smartphone. The pricing and availability remain a mystery, but we could expect the pricing to be anywhere around $330, complimenting Amazon's Echo Show.