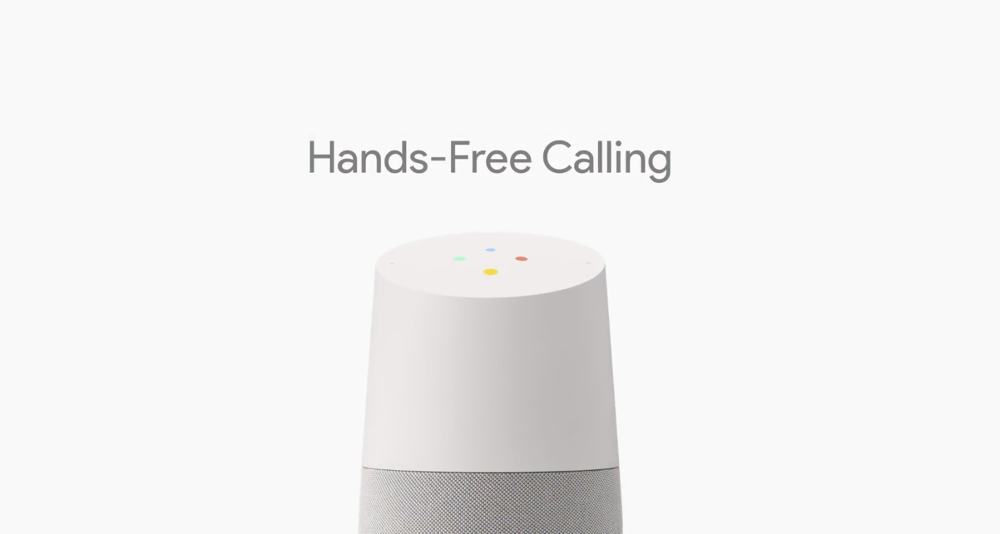 Just when Amazon thought that it had one-upped Google Home by launching voice-calling feature for its smart speaker, Google has come up with even something better. At the I/O 2017 conference, Google unleashed free voice calling and support for other media services on its Google Home smart speaker.

Google Home would soon let users call any phone number in the United States or Canada, just through voice commands like "Okay Google, call Mom." you can say any name from your contact list, and Home would dial that contact. These calls would be completely free of cost; provided the contact resides in the U.S. or Canada. Users will also be able to link their own numbers to the device.

The tech giant has also collaborated with some media services such as Spotify, SoundCloud, and HBO Now to work with the Google Home. If your TV is equipped with Google’s Chromecast streaming adapter, then you will also be able to ask Home to play any episode of your favourite show on HBO’s HBO Now streaming service.

Google also stated that Home's voice calling would only support outgoing calls, as it cares for users' privacy. That looks like a direct dig at Amazon Echo, which was recently criticized for the lack of call blocking features.

Chandra also revealed that Google Home would soon be coming to these countries - Canada, Australia, France, Germany, and Japan, this summer.

Admittedly, Google Home is Google's big initiative to offer smart home connectivity to the users. Now, with all the new features and integrations, the smart speakers are going to become even smarter.