With Thanksgiving and Black Friday around the corner, its that time of the year where you can expect some great discounts to head your way from various retailers and manufacturers. In the spirit of the holiday season, if you've been saving up for some upgrades then you're in for some luck as we've managed to get our hands on some Black Friday deals for you early on. While it might be a little early for all the discounts to head in full swing, Sam's Club seems to have some great offers headed your way courtesy of a leaked add. So what has the retailer got in store this year? Take a look below to find out. 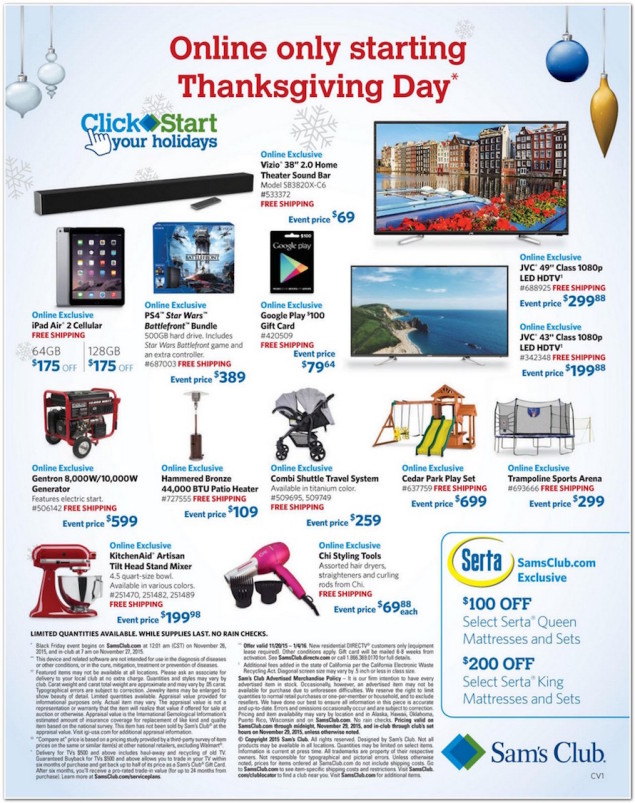 The leaked Sam's Club advertisement lists a lot of gadgets, electronics and other items with discounts. We'll be covering only mobile gadgets in this post, but if you're interested in gaming then head over here for some great deals. The retailer intends to list a lot of items at a discount it seems, so lets start by taking a look at Apple's iPad Air 2, which comes with the A8X on board.

As it can be seen in the image above, the iPad Air 2 should be expected to be up at a discount of $175 for both the 64 and 128GB variants. That's a very neat discount for the Apple tablet which can still be said to one of the top performing slates out there, despite a year having passed since its launch. The iPad Air 2 seems to be a Sam's Club favorite it seems, with another ad listing the tablet with a discount of $150, as seen below. 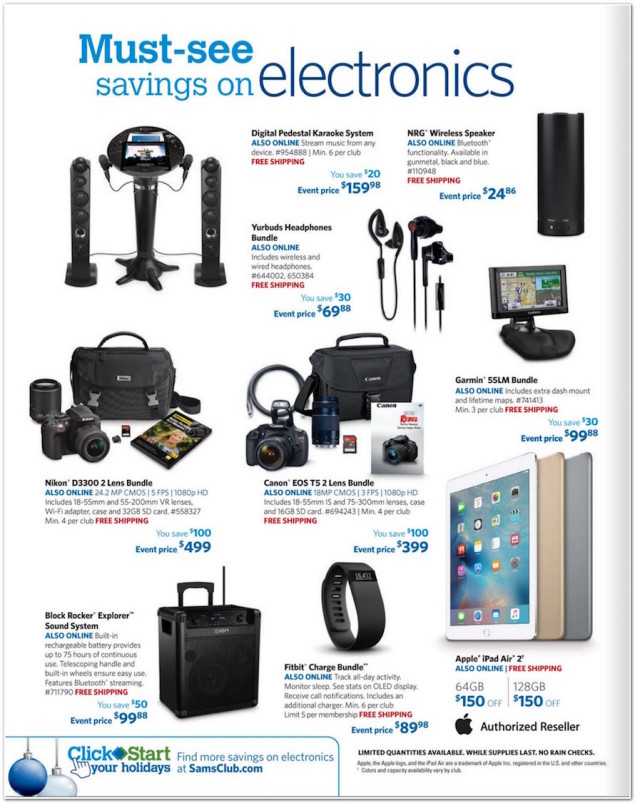 As Sam's Club is eager to remind us at the bottom of every advert, the gadgets up for discounted grabbing are available in limited stocks only with the deals set to expire as soon as said supplies last. Given that there's still some time left until the sales go live, we're hoping plenty of users will have prepared for them. The iPad Air 2 isn't the only gadget that has gone on discount it seems, with some Samsung tablets also being a feature of the advertisements. 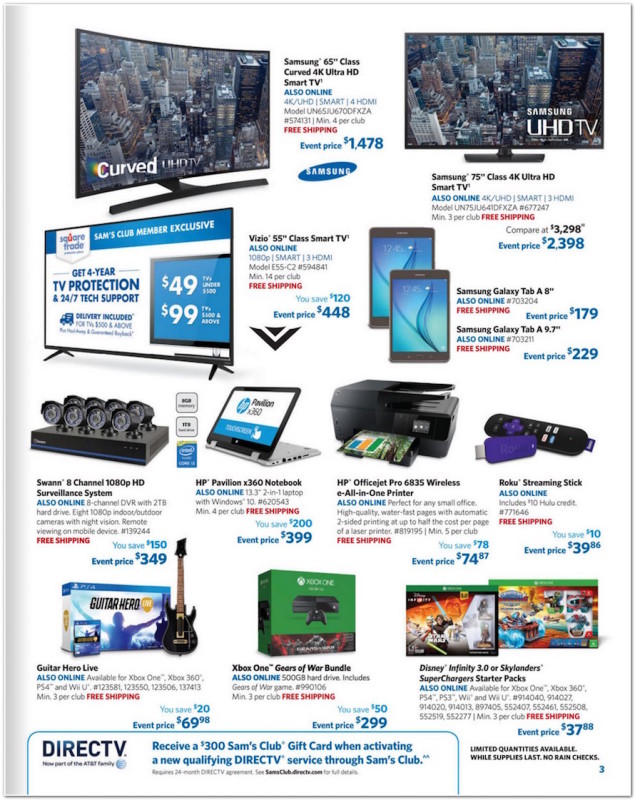 Quite a few of Samsung's gadgets are up for grabs as well so lets start from the Korean manufacturer's Galaxy Tab A. Both the 8 and the 9.7" variants of the tablets will be seeing a discount from Sam's Club this month, so if you're looking for a tablet upgrade, this holiday season might just be the one for you. The 8 inch Galaxy Tab A sees a discount of $179 while the 9.3 inch variant sees a much more impressive $229 reduction.

Some other Samsung gadgets that are up for discount include the company's 65 inch curved 4K ultra HD Smart TV which has been listed for a price of $1478. Samsung's much larger 75 inch 4K Ultra HD Smart TV has also been listed with a price tag of $2398 which marks a discount of nearly $1000 for the device. Multimedia buffs are in for some more good news it seems as NRC's wireless speakers are up for $24.86, Yurbuds' wired and wireless headphones for $69.88 and Roku's streaming stick for $259.98.

Seems like a good holiday season is ahead of us, or at least for Sam's Club's customers. Like some of the deals above? Let us know in the comments section below and take a look at all the leaked advertisements below to see if anything suits your palate.