UserBenchmark may not be a favorite amongst enthusiasts but it is a very heavily used benchmarking tool.  Just drop in any forum or Facebook group for PC gaming and you'll find people tossing out their scores.  I actually did a run yesterday myself out of curiosity as a few people in a local gaming group were sharing their results. Then I was looking into what it was actually testing as a friend tossed me a link to a Reddit post discussing a recent update to the CPU ranking algorithm which sounded like a good idea.  After all their old algorithm (archive link) used the Core i7-7700K as the leader and things have changed a fair bit with the release of high clocked high core count chips for Intel like the Core i9-9900K and with the latest release of the Ryzen 9 3900X you would think their new algorithm would take into account the rise of core counts in mainstream CPUs. New weighted rank here. 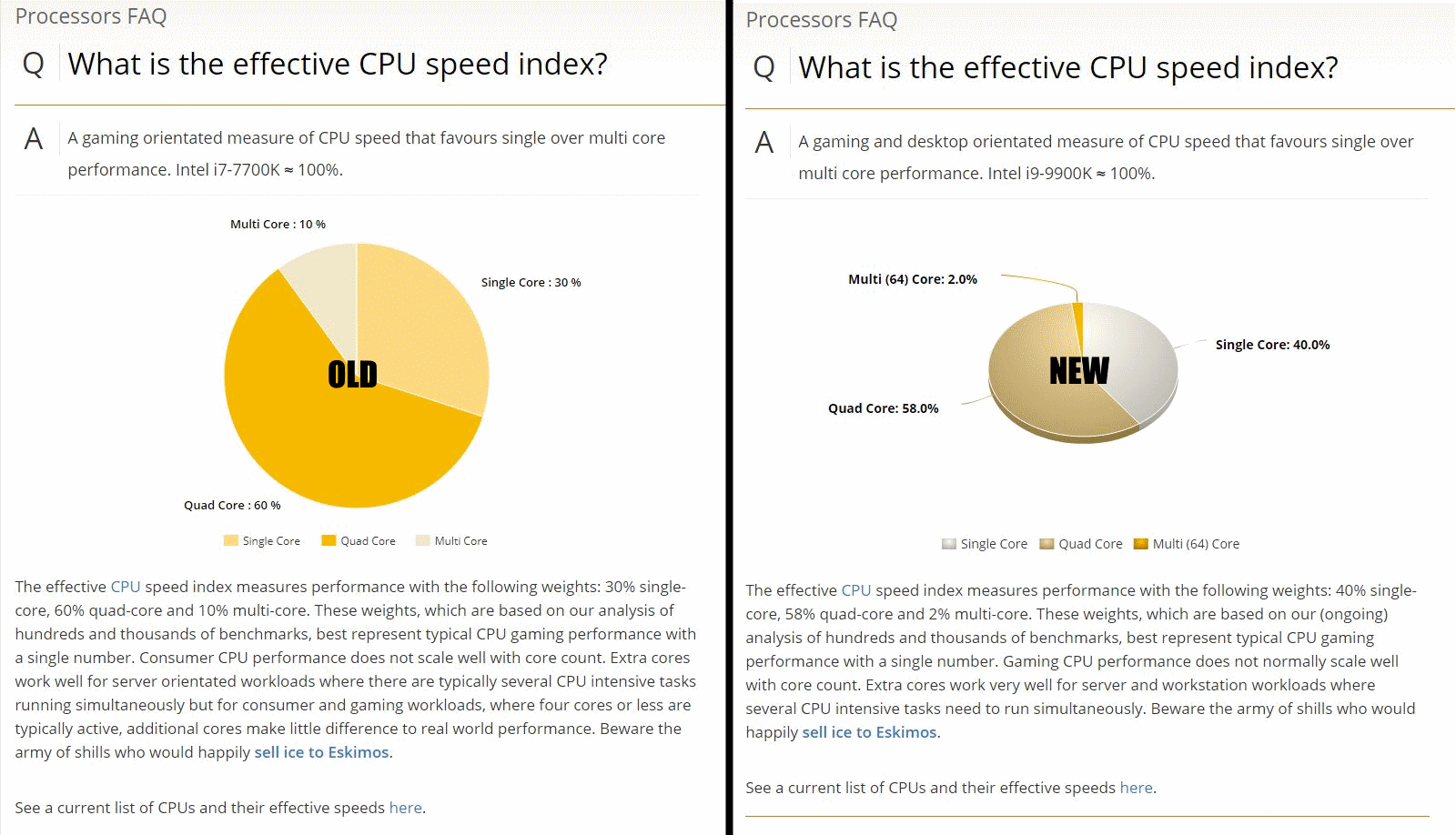 That's where you would be wrong.  UserBenchmark has updated the CPU that they put in the lead by dropping the Core i7-7700K and putting the Core i9-9900K there, not many would argue with that.  The odd part is the shift that incurred in weighting the CPU ranking. The Single-Core weight went up from 30% to 40%, odd move but okay, and the Quad-Core weight went down from 60% to 58%.  That leaves Multi-Core performance to shift some and if you've been doing math along the way then you've already figured out that leaves what used to be 10% has actually GONE DOWN to 2% weight.  This is a bizarre move as the testing I've been doing over the past couple years has shown that more often than not games are taking advantage of more and more cores.  My findings don't discount Amdahl's Law as that's part of why the i9-9900K is objectively one of, if not, the fastest gaming CPUs on the market.  But, with the launch of Zen 2 and Ryzen 3000 Series AMD has significantly closed that gap and a change like this from a common benchmarking tool used by the general public may be giving users an even worse metric that doesn't necessarily reflect the real-world experience they may experience.  Just as an example the Core i3-8350K is ranked a fair bit higher than the Ryzen 7 2700X despite losing in most of the tests that the benchmark measures. 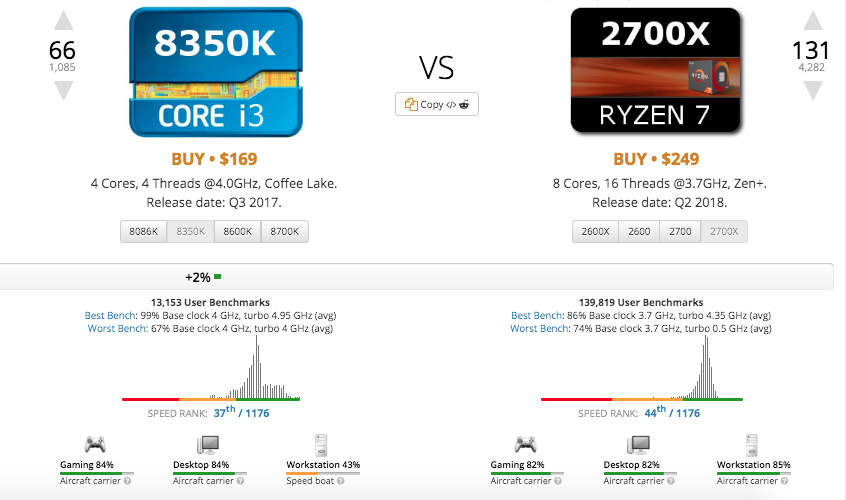 Now with that out of the way what I want to urge people who are using UserBenchmark to make purchasing decisions to do is go below the fold when looking at comparison results.  Take for instance the above image and how I mentioned the Ryzen 7 2700X winning most of the time, if you scroll down you'll start to see that the 'Speed Ranking' is such a small part of the equation that you shouldn't stop at that and take it as the end all be all. Most enthusiasts will scroll through the individual results and find a bit of a different story while someone trying to make a quick decision on which CPU to go with might just stop at the Speed Ranking and think "Well, this is faster" and call it a day while only having a very small part of the story.

News Source: Use Benchmark Have Updated