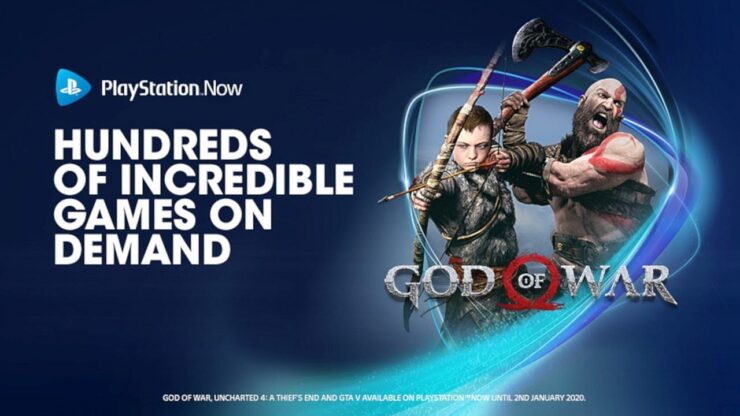 PlayStation CEO Jim Ryan recently talked with GamesIndustry of a number of topics, chiefly the upcoming PlayStation 5 console, due to release in Holiday 2020.

Ryan also took the opportunity to discuss the increased commitment to PS Now, the long-running cloud streaming service that became more appealing with the recent price cuts and content additions of God of War, Grand Theft Auto V and Uncharted 4: A Thief's End.

We are taking this very seriously. The commitment we've made in terms of price cuts, the investment in content, the marketing campaign... It's a pretty vivid illustration of that seriousness. We've been doing this for a number of years and very quietly we've been taking an awful lot from it.

We had an important inflection point earlier this year, when we were able to bring the last seven data centres online for Scandinavia, Italy and Spain, which gave us blanket coverage of Western Europe. That was a game changing moment, because as somebody who spent a lot of time in Europe, I was nervous talking too much about a service that a German player could enjoy but an Italian gamer could not. So we were switching on the lights at the various data centres and that process was rather time consuming. Only when we got to the point where we have the whole of Western Europe could we have a proper conversation with the European community and start to take this seriously.

Indeed, PS Now subscribers have substantially increased since this change occurred according to Sony and the total figure now surpasses one million users.

However, PS Now won't be allowed to cannibalize big PlayStation launches such as the upcoming The Last of Us Part II (due on May 29th, 2020). That is to say, first-party exclusives will head to PlayStation console and then, much later, to PS Now, as suggested by Ryan.

It's an area that is fast changing and fluid. The nature and scale of some of the first-party games that we are making leads us to think that, right now, it's better to spend energy on making sure that the launch of those games is a massive entertainment event. I would cite God of War and Spider-Man, and The Last of Us 2 next year will fall into that category.

That's where we stand right now. But our stance on the inclusion of first-party games in PS Now in terms of what we've done this month is very different to our stance 12 months ago. I don't want to say this is what PS Now is going to be like forever. But certainly right now, given how some of our first party IP is incredibly special and valuable, we just want to treat them with amazing care and respect, and have those launches be clean and pure.

PS Now is about to get serious competition with Google Stadia, Project xCloud, Project Atlas and possibly a Steam Cloud Gaming service as well. It remains to be seen if Sony can keep competing while still giving priority to their consoles first.