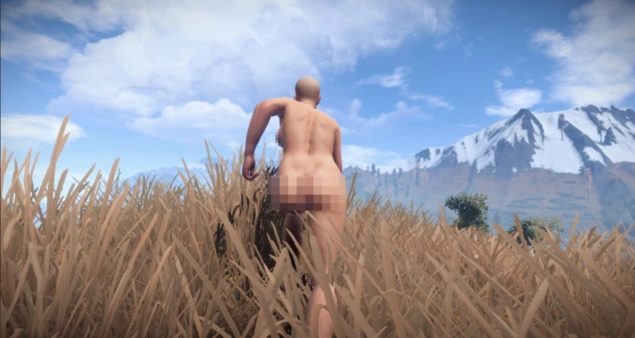 Ever since its release on Steam Early Access, almost two years and a half ago, Rust enjoyed a lasting success. At the end of 2015 the game passed three million units sold, in fact.

The latest update has already sparked a huge debate among its player base, though. It added female character models in the game with a significant twist: gender, among other things like ethnicity and build type, is assigned randomly and permanently by your SteamID. There's no way to change it and the developers actually envisioned it this way.

We understand this is a sore subject for a lot of people. We understand that you may now be a gender that you don’t identify with in real-life. We understand this causes you distress and makes you not want to play the game anymore. Technically nothing has changed, since half the population was already living with those feelings. The only difference is that whether you feel like this is now decided by your SteamID instead of your real life gender.

The excuse, as you can read from the quote above, is that "half of the population" (meaning females) was already forced to play male characters prior to this update. However, many users doubt that females really amount to anywhere close half the population of Rust; besides, it wasn't really up to the players if Facepunch did not provide the option of female characters for almost three years.

Garry Newman, founder of FacePunch and also known for his Garry's Mod, responded on Twitter saying that there's no reason to have a choice and they don't want to provide it.

@GarettFox because there's no reason to have a choice

@GarettFox A toggle option isn't hard at all. We just don't want to add one.