2011 and 2012 were great years for Uncharted series, 2011 saw the release of the third installment of the console version of Sony's PlayStation exclusive Uncharted series, the game met with great success and was a record breaker of the previous parts in every way. And in 2012 the same success became handheld when Uncharted: Golden Abyss found its way on to the PlayStation Vita as one of the handhelds premiere launch titles which definitely helped it get a good start. PlayStation Norway has been dropping hints of a possible reveal of a new Uncharted game. Find out more below: 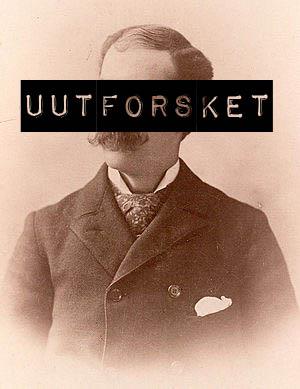 This is a picture of norwegian explorer Fridtjof Nansen with the words UUTFORSKET censoring his face, it means "Uncharted / Unexplored"

A lot of strange events have been happening on PlayStation Norway's facebook page, first the above image image appears and then a site with the same name also surfaces:

If you click on the above site you will be shown a blue background and some familiar music will play in the background in a loop. If you are fast enough you can catch a glimpse of a map, which has been shown below:

What mythical treasure will our favorite treasure hunter go for this time around?

So far this is all I found on the news and I will definitely be keeping a sharp eye on more happenings as they come.

UPDATE: It seems that I might have figured out what this is all about,

Apparently 22.03.2012 and 20.59 are the time and date for a fan made uncharted series on START. Which is owned by IGN and on this channel they share fan made videos based on video games. So it would make the most sense to assume that we are in for a fan series or a fan movie of Uncharted. But this is just my speculation and not fact so we will have to wait and see for now.