The Last Guardian and Agent are two of Sony's most mysterious and least known IP's. While Agent has been known to make an appearance now and then in the form of a Trademark renewal, The Last Guardian isn't as fortunate, but if we are to believe the word of two famous Russian video game journalists, the dream is over before it even began. 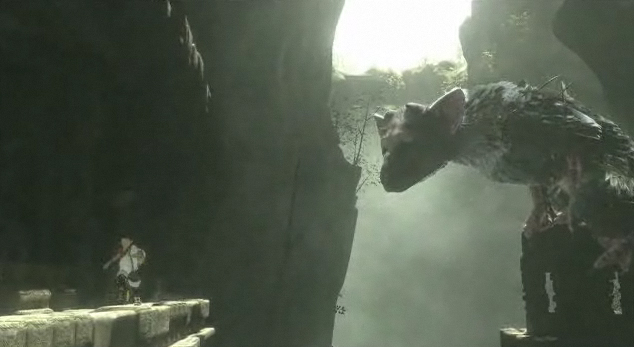 The Last Guardian is a game that was being made by the gifted individual who helped deliver two amazing video games that helped kick start the entire concept of art having a presence in the world of video games, when we look at video games such as Ico and Shadow of the Colossus and the man behind them, Fumito Ueda, who was heading The Last Guardian, it comes as quite a shock that the game has gone greater stages of development hell than any other game in comparison, not even Duke Nukem Forever was in this much turmoil. The Last Guardian was initially announced in E3 2009 and showed the story of a baby gryphon and a young boy forming a friendship, sadly the game disappeared after that and there would be miniscule updates now and then from either Sony or Fumito Ueda himself.

Some unsettling news came in this morning from two prominent Russian video game journalists and if we know anything about Russians, its that they are never the kind to joke on such matters especially when these two have such a strong background and presence in the industry.

The first tweet is from Andrey Zagudaev, who has a history with gmbox.ru

(Translated, the tweet says "The Last Guardian is over, guys")

(Translated, the tweet says "There is a legitimate rumor that The Last Guardian is cancelled")

The translation and background information is courtesy of  reddit user, calibrono. In a thread he made on reddit.

For russian speakers these are some of the most known gaming journalism persons. I can't think about any "confirmed" rumor from them right now, all I can say I can't remember any case of them lying or being wrong about stuff like that. Take it with a grain of salt, but Zagudaev is a big fan of Sony games and all two of them have close ties to Sony Russia.

So as you can see, take all this news with a grain of salt. The Last Guardian is a game that will always remain a modern day mystery until the day it releases, albeit there was a rumor that the game might have changed course for development and taken the Final Fantasy Versus XIII aka Final Fantasy XV route and may have shifted development towards the PS4 instead of the originally intended plan of the PS3, which is quite disappointing since the game looked absolutely stunning in the trailer. This is some pretty upsetting news but at least with E3 only a couple of days away now we don't have to wait for long to find out more.

What do you guys think? can we really bid adieu to the game?

The Last Guardian Hasn’t Been Cancelled According to Scott Rohde