Dead Space 3 was more or less announced yesterday as a Digital Comic Short video featuring the tale of a new protagonist named John Carver who is about to have a very bad day because of a marker event on the rise on his planet, but while it is still not officially confirmed that the new game is indeed Dead Space 3 when speculation is strongly suggesting it a new screenshot has appeared which looks like John Carver is taking some time off the planet and is circling the atmosphere, Whether the image is authentic or not is still under question but so far it looks very convincing.

Dead Space 3 is one of my more higher anticipations for this years E3 and hopefully it will turn out to be true as John Carver looks like a very interesting protagonist who can definitely be an even better Issac Clarke and come in future Dead Space games, while the game is still not officially announced as of yet from EA / Visceral Games it seems that a "leaked" screenshot has made it's way on to the internet which shows John Carver taking some time off the ground work and is hovering above the planet Urox, which is in the midst of witnessing a marker event in the making. While I had my doubts about the authenticity I was a little less skeptical when I saw the gun John is holding in the below screenshot is a perfect match for the one he uses in the Digital Comic. But again it could be a fake hence why I labelled this as a Rumor. 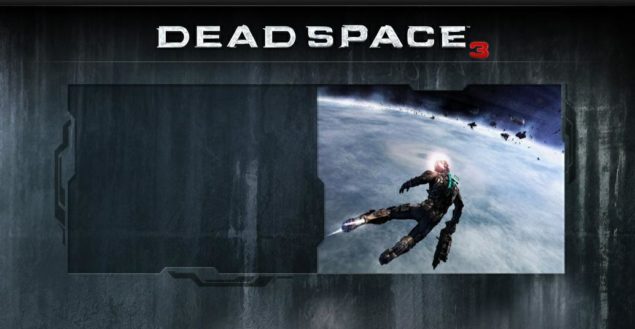 Even though the supposed logo doesn't match the one spotted at Visceral Games headquarters last year I still am having a hard time deciding whether or not the image is really authentic? One thing is for sure, E3 2012 will definitely shed some light on whether John Carver will be making his way to the consoles and PC in the coming year or not.

Day 2 of E3 Livestream Text Coverage; Nintendo and Their Wii-U to Steal The Show