Kotaku has claimed that Gamestop accidentally posted the official system requirements of Battlefield 3 on their website and the unforgiving world of the internet was able to copy past the system requirements, if what the specs say are true then Battlefield 3 could be REALLY heavy on your system, But considering how much technology has advanced in recent years this shouldn't give most PC gamers trouble in running the games considering how cheap quad core CPU's are now and how people are getting more than 4GB on their high end systems. 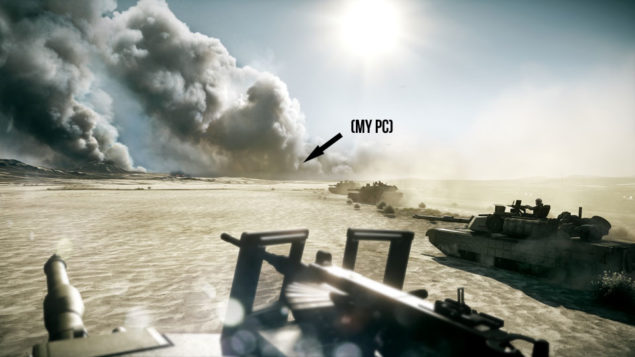 According to Kotaku the official system specs of Battlefield 3 were released on Gamestops website, a chain of game retail outlets mostly based in the US and Canada. The specs are as follows

This is pretty heavy considering the game says a 6850 is a recommended GPU, but considering how cheap quad cores are in the 775 / 1156 / 1155 and even in the AMD socket family this shouldn't be a problem for most people because many people building systems are more inclined to getting Quad Core CPU's instead and some even go as far as getting 6-8GB of RAM and at times even more. The HDD requirement is no surprise considering how the game looks.

The game is releasing on October 28th for all Consoles and the PC this gives it a few weeks head start over Modern Warfare 3. Let's hope the game is all that its cracked up to be.