How to Update and Root Nexus 6P on NBD90X Android 7.0 Nougat 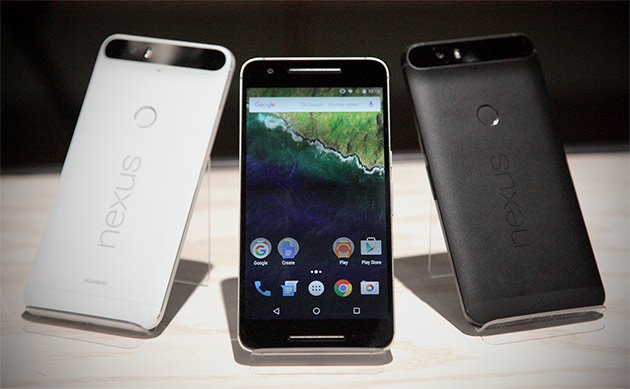 Google may have replaced its Nexus lineup with Pixel and Pixel XL phones, Nexus 5X and 6P will possibly remain two of most favorite Android devices out there. Not only they sport Google's vanilla OS experience, but also come with a budget price tag. Google has now started rolling out October security updates to its Nexus devices, patching some critical security vulnerabilities. You will receive over the air notifications to update your devices. If you don't want to wait, you can manually update and root your Nexus 6P on the latest NBD90X Android 7.0 Nougat.

Step 1: Connect your Nexus device using a USB cable and turn it off. Make sure that Fastboot is installed on your PC.

Step 2: Now, start the device in Fastboot mode: Turn on the phone while pressing and holding the Volume Up + Volume Down + Power keys until you see the Fastboot menu and the START text on top.

Step 3: Extract the downloaded Android 7.0 file anywhere in your PC. Go to angler-nbd90x folder and copy/paste all the files to your Fastboot directory (which often is the platform-tools folder inside the Android SDK directory).

Step 4: This step involves flashing the desired factory image to your Nexus 6P. Open the folder containing the Android Nougat factory image downloaded and extracted. In the address bar, type cmd and type the command written below and press enter.

Once the script finishes running, your Nexus 6P will reboot. First boot may take up to 5 minutes, so don't be worried if it takes your device longer than usual to boot up.

Once you are done, you can follow the instructions below to root your Nexus 6P on Android 7.0 Nougat.

Step 1: Connect your Nexus 6P to your computer via USB.

Step 4: Enter the Bootloader mode: power your Nexus on while pressing and holding Volume Down + Power keys.

Step 6: Once done, enter recovery mode by choosing Recovery from the Fastboot menu.

Step 7: In the recovery mode (CWM or TWRP), scroll to flash zip from SD card > choose zip from sdcard.

Step 9: After installation is completed, go to +++++Go Back and reboot your Nexus device. First boot may take a few minutes.

Your Nexus device is now updated and rooted on NBD90X Android 7.0 Nougat. You can verify the root with any Root Checker app.