Keeping in mind the energy crisis that will be upon us in a few years or so it is better to invest in green energy right now. This is exactly where installing solar panels come into play, because other forms of green energy such as wind and hydro power are not really something you can install in your home easily (without looking totally weird at least). So the most suitable option available to normal people is solar energy, now comes the question how many solar panels need to be in place to replace the current consumption (at least partially).

According to an analysis report by the US Department of Energy, Solar energy can make a big contribution to the electricity grid. The number is around 40 percent of the United States’ total electricity consumption (which is a lot!). But in order for that to become true all available roof space in the country needs to be filled with solar panels fully.

This introduction of solar panels all around will lessen the reliance on exhaustive fossil fuels which are also harmful for the atmosphere and the energy that the solar panels will produce will be around 1,118 gigawatts (GW). But the task of filling up every possible rooftop in the US is a task quite daunting.

Scientist from the National Renewable Energy Laboratory (NREL) primarily calculated the suitability and reliability of the roof tops for such a venture in which solar panels (rooftop photovoltaic cells) will be used. This was done by using light detection and ranging (LiDAR) technology in 128 cities of US.

According to the research that has been undertaken by the researchers, 83 percent of the total space primarily of small buildings has the capacity and suitability for the installation of solar panels. But the problem is that after the analysis of each buildings capacity to hold a photovoltaic system on its roof, out of the 83 percent calculated previously, only 26 percent managed to pass this round of testing. 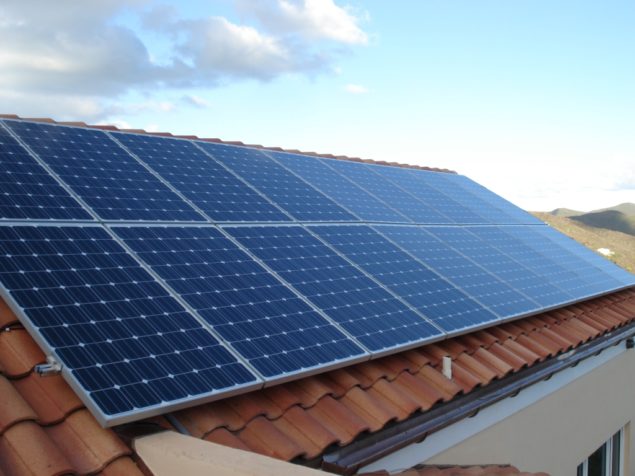 But the combination of people’s houses as well as large and small buildings makes up a considerable amount of rooftop which makes huge potential for such a technology to step in.

"It is important to note that this report only estimates the potential from existing, suitable rooftops, and does not consider the immense potential of ground-mounted PV," said NREL senior energy analyst Robert Margolis. "Actual generation from PV in urban areas could exceed these estimates by installing systems on less suitable roof space, by mounting PV on canopies over open spaces such as parking lots, or by integrating PV into building facades."

In order to check if your roof top has got potential and capacity to generate significant amount of energy, and to know more about the costs that will incur during the installation process, check Google's Project Sunroof which will give you all the details you need. Let us know your views about this project in the comments below.