Role Playing Game I Am Setsuna Launching On PC, PS4 In North America And Europe This Summer

2016 is going to be remembered as one of the best years for Japanese role playing games, with many high profile titles releasing in the next few months such as Final Fantasy XV, Star Ocean Integrity and Faithlessness and a few others. Alongside bigger names, there are a few smaller, but not less interesting titles, that will be released before the end of the year. Among them is the old school inspired I Am Setsuna, which was originally revealed as Project Setsuna. 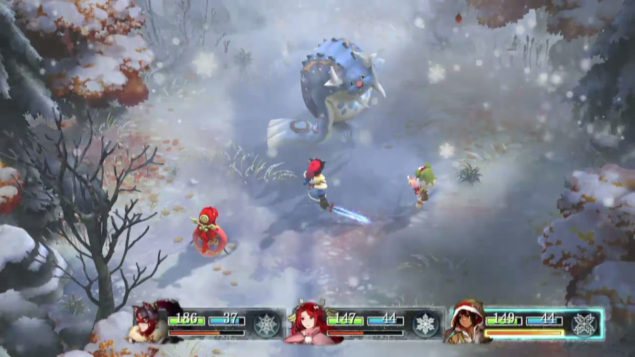 Square Enix has recently confirmed that North American and European players will soon be able to enjoy I Am Setsuna in a language they understand, as the game will be released on July 19th on PlayStation 4 and PC in the West. While the game has also been released on PlayStation Vita in Japan, the Western version will not be released on the Sony handheld console. Not surprising, but definitely disappointing.

I Am Setsuna has been inspired by classic Japanese role playing game. Players will be navigating a variety of colorful environments from an angled top-down perspective. Like in classic role playing games, players will be traveling from one location to another by navigating the game's overworld, purchase items from shops in towns and battle with several dangerous monsters.

The I Am Setsuna battle system is reminiscent of the classic 16-bit entries of the Final Fantasy series as well as the popular Chrono Trigger. In this turn based battle system, players will have to wait for their ATB gauge to be filled to attack with equipped weapons, use items and unleash special techniques. Like in Chrono Trigger, players can also unleash combination techniques when two or more characters are ready to act. The Setsuna system, which grants players power boosts, adds more depth to simple yet effective battle system.