Recapturing the magic of the Golden Era of Japanese RPGs is no easy task. Games like Chrono Trigger, Final Fantasy VI, and Secret of Mana are relatively simple by today’s standards, and yet, some essential part of them seems to elude most modern developers. Most of the time, it’s better to just replay the classics.

2016’s I Am Setsuna was the rare game to do the retro JRPG thing (mostly) right. Sure, it had its issues and limitations, but developer Tokyo RPG Factory definitely managed to replicate some of that old-school charm. Now the developer is back with their second game, Lost Sphear, which they promise is bigger, deeper, and more varied than I Am Setsuna. That sounds great, but is that magic still there?

If you have any experience with JRPGs, you know exactly what to expect from Lost Sphear’s story. You play as the plucky, idealistic orphan Kanata who discovers only he can save the world, when people, places, and things start to become “lost” in a mysterious white fog. Turns out Kanata has the unique ability to use memories to restore these lost things, so he sets off with tomboyish Lumina, childish Locke, and mysterious, brooding Van to save the world. Along the way, you’ll encounter more cookie cutter characters and other JRPG greatest hits – a powerful, morally corrupt empire? Check. A band of baddies that turn out to be noble warriors? Check. Hapless villagers with problems only you can solve? Double check.

Admittedly, Lost Sphear does get marginally more interesting about two-thirds in. The game actually has a false ending, complete with credits, after which it continues for another 10 hours or so. Without spoiling any specifics, I’ll say the twists start coming a lot more frequently at this point, although most of them are borrowed directly from other, better titles. Honestly, there are so many left-field revelations, the game starts to feel a bit incoherent. This final chunk of the game also reuses areas and assets heavily, making it less engaging than it ought to be.

Visually, Lost Sphear aims for simple yet striking, but usually only delivers the former. The game serves up the occasional beautiful backdrop, but mostly, it’s rather drab. The game’s music is hummable, but less than moving, and voice work is Japanese-only and used rather sparingly. None of it does much to elevate Lost Sphear’s rather flat story.

As mentioned, progress in Lost Sphear involves collecting memories to restore various lost places and things, which sounds fun in theory, but isn’t particularly thrilling in practice. I was hoping for a classic adventure game vibe, where memories would have to be collected through detective work and puzzle solving, but that’s rarely how it works. There are a small handful of cases where you have to talk to characters to uncover specific memories, but most of them are simply dropped by enemies or found lying on the ground – a basic RPG resource like any other. “Memories” could just as easily be called “gold” or “mana” or whatever. It’s a disappointing missed opportunity.

At least Lost Sphear has its basic dungeon hacking in order. The game eschews random battles (thank God) in favor of a lively Chrono Trigger-inspired battle system. I Am Setsuna used a similar system, but this time around you can move around the battlefield freely and each attack or skill has its own uniquely-shaped area of effect. For example, main character Kanata can only attack a small area in front of him, while ranged-weapon-user Van has a long narrow attack box and can hit multiple enemies at once. There’s also a timing element to battles – a Momentum gauge builds as you dole out damage, allowing you to boost the power of your attacks and skills with a quick button press. Effectively positioning characters and using Momentum charges is quite enjoyable, in a basic sort of way.

Unfortunately, Lost Sphear weighs down a solid combat system with a grab bag of unnecessary extra mechanics. You can use mechs called Vulcosuits in battle, but they consume special fuel that depletes quickly, and their skills can be tricky to master. Honestly, I almost entirely ignored them, only occasionally busting them out to deal a few powerful blows near the end of a boss fight. You can also activate a variety of Artifacts in the overworld that will grant you passive buffs and effects, which can be helpful but are never crucial. None of these bolted-on mechanics add any real dimension to the game – just more menus to wade through and minutia to keep track of.

Dungeons are of the classic Final Fantasy school. Paths rarely branch in more than two directions, and if you run into a locked door, the switch is usually nearby. The level design won’t exactly tax your brain, but it won’t break it, either. Themes run the gamut – your typical caves and temples are well represented, but you’ll also explore more interesting locales, like a sprawling ship graveyard, a beautiful reflective lake, and a few others I won’t spoil. Almost every dungeon ends in a surprisingly tough boss fight and this ends up being Lost Sphear’s best feature. You’ll have to be on your toes to best them and may end up seeing the Game Over screen more often than you’d prefer, but it’s a satisfying sort of challenge.

Lost Sphear serves up a fairly substantial 30-hour story, although a decent amount of that is padding. A tighter, arguably better, 20-hour version of Lost Sphear could have been made by cutting some of the game’s more banal tail-chasing missions and giving players the ability to fast travel. But then Lost Sphear wouldn’t be bigger than its predecessor, which seems to have been Tokyo RPG Factory’s only real aspiration. Ultimately, the pursuit of more, more, more, ends up undermining the game. I Am Setsuna used simple, old-school mechanics to make something singular and memorable, where Lost Sphear uses those same tools to create a bigger, more ambitious, yet less interesting, story.

This review was based on a PC copy of Lost Sphear provided by publisher Square Enix. You may purchase the game on Amazon. 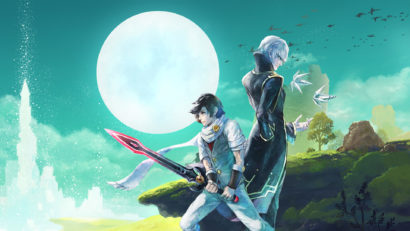 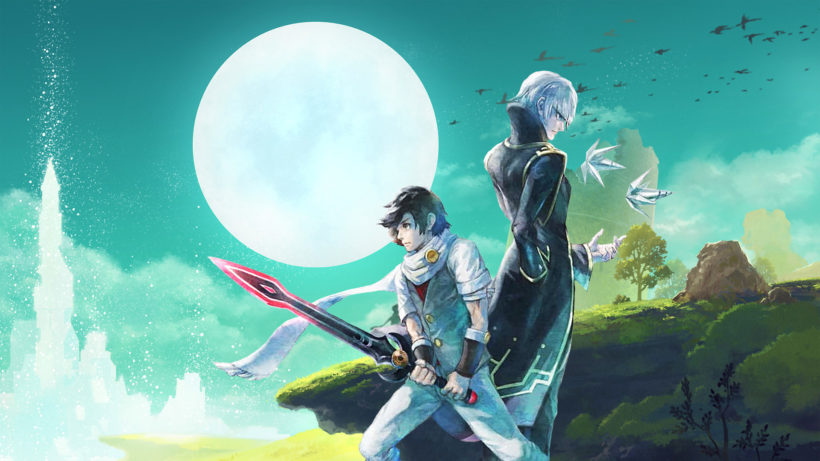 Lost Sphear is a competently assembled retro product that may dredge up fond memories of older, better JRPGs, but it lacks a personality of its own. The unique, melancholy world of I Am Setsuna has been replaced by soulless tropes, and incrementally improved battle mechanics and dungeons don’t make up for that loss of identity. Sadly, the makers of Lost Sphear have lost the thread.