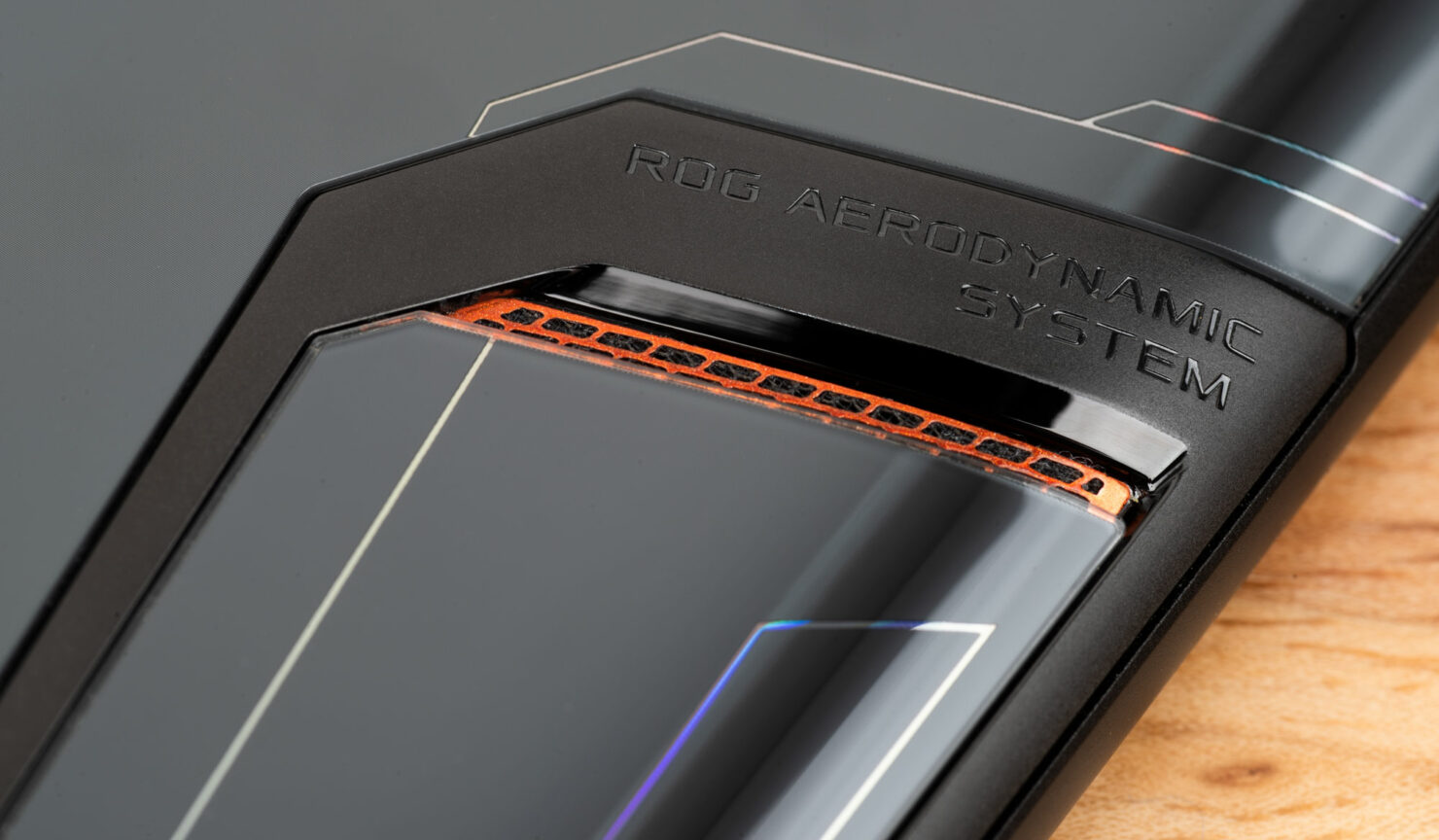 From the get-go, the ASUS ROG Phone II looked set up for success, thanks to the huge specifications spike without a corresponding increase in price. The initial market response seems to imply that the gaming-centric phone has surpassed all expectations, as the entire stock of the first batch was sold out in less than two minutes during the phone’s first sale in China.

ASUS Claims It Took 73 Seconds to Sell out 10,000 Units of the ROG Phone II; Thousands More Have Registered for the Gaming Device

Out of the 2.5 million people who reserved the ROG Phone II on JD.com, only a small fraction was able to get its hands on the device during the flash sale. The Taiwanese vendor has apologized for the shortfall and has promised that the production line staff is working hard to ensure that that the phone is restocked in time for the next sales, which are set to take place on August 4, 7, and 12.

While the sales figures might not sound record-breaking to you, they are pretty impressive given that this is a gaming-oriented device we are talking about, so the target market is pretty limited. Moreover, the standard variant of the phone that has 12GB of RAM and 512GB of native storage costs CNY 5,999 or $871, which isn’t really cheap. The Tencent variant is a bit more affordable at CNY 3,499 or $508 using direct currency conversion. 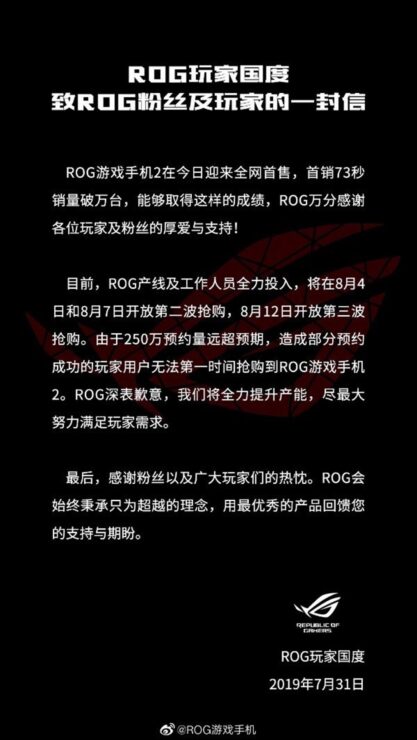 Another reason why the sales numbers seem pretty remarkable is that the first generation ROG Phone, which also received great reviews, wasn’t able to rake in as many sales as ASUS would have probably liked. If you take a look at the hardware, you’ll realize that the ROG Phone II is a beast of a device. It is underpinned by the new Snapdragon 855 Plus and packs in a gigantic 6000mAh battery. It sports a 6.59-inch 120Hz AMOLED display with HDR 10 support.  On the back, there is a dual-camera system with a 48MP and a 13MP ultra-wide unit. Additionally, gaming accessories can also be added such as a gamepad to enhance the user experience. 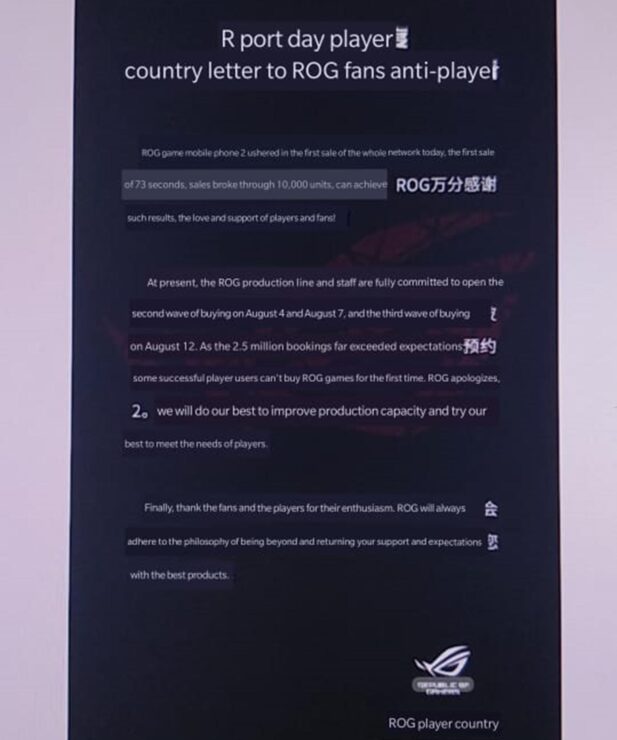 The ROG Phone 2 will reportedly make its way to the U.S. and Europe on September 4 and it is expected to cost $999. Given that in the coming days, manufacturers like Samsung and Apple are expected to release their flagships with roughly the same starting price, it will be interesting to see if the phone is as popular in the west with the looming competition.