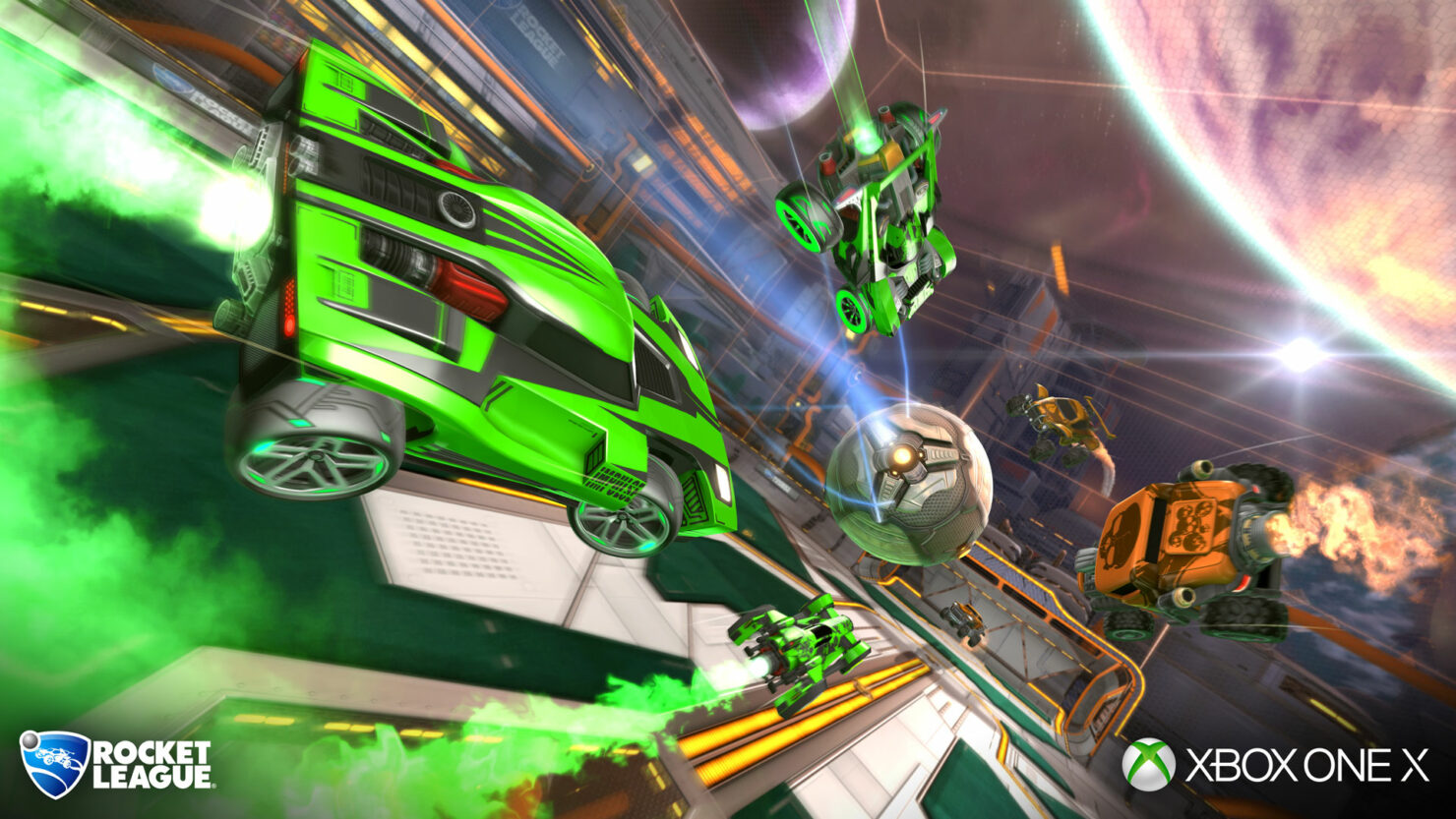 Psyonix announced that Rocket League is getting its next update on December 3rd and this will be particularly interesting for Xbox One X players. After a rather long wait, the enhancements for Xbox One X hardware will be delivered, enabling native 4K@60 fps gameplay and support for HDR displays.

The developers have spoken with the official Xbox Wire blog to share more information on the Xbox One X patch.

What specifically is your development team doing to enhance Rocket League for Xbox One X?

Rudi: Starting with our next update, Rocket League on Xbox One X will display in native 4K at 60 frames per second. Supersampling on Xbox One X is enabled and playing with a 1920×1080 display. On supported 4K TVs, Rocket League will offer HDR with options to adjust Paper White and Contrast settings, as well as a Side-by-Side visualizer. The Rocket League team is very excited about this opportunity to show the game at its very best when the update goes live!

How do these enhancements impact the gaming experience?

Rudi: While it won’t affect gameplay itself, because maintaining a level playing field is critical for Rocket League, the Xbox One X 4K HDR player’s gaming experience is about to get a lot richer, more visually appealing, and more immersive.

Mata: 4K will provide unparalleled detail which normally can’t be seen in 1080p, giving us a much more crisp image, while HDR means we’ll be seeing more detail in bright and dark areas of the game, giving a much richer feel to the colors in the world. Overall, the result on Xbox One X is that the game looks much clearer. Couple that with the 60 frames per second Rocket League is known for and this all leads to a much smoother, more immersive, high octane play experience.

How has the process been to get the game up and running on Xbox One X?

Rudi: It wasn’t trivial, but then again, something as cool as this rarely is. A lot of the work wasn’t about core functionality but getting the most out of it and doubling-down on Rocket League’s recognizable visual style. We consider it well worth the effort.

Mata: We worked very closely with Microsoft’s Advanced Technology Group to get the most out of the Xbox One X and they also gave us some incredible feedback on tuning our title for HDR. It was a blast working with them, so huge shout-out to our friends on the Xbox ATG team for all the help!

The December update also contains additional goodies for every Rocket League player, though, such as:

Meanwhile, cross-platform play is still a way off for Rocket League.