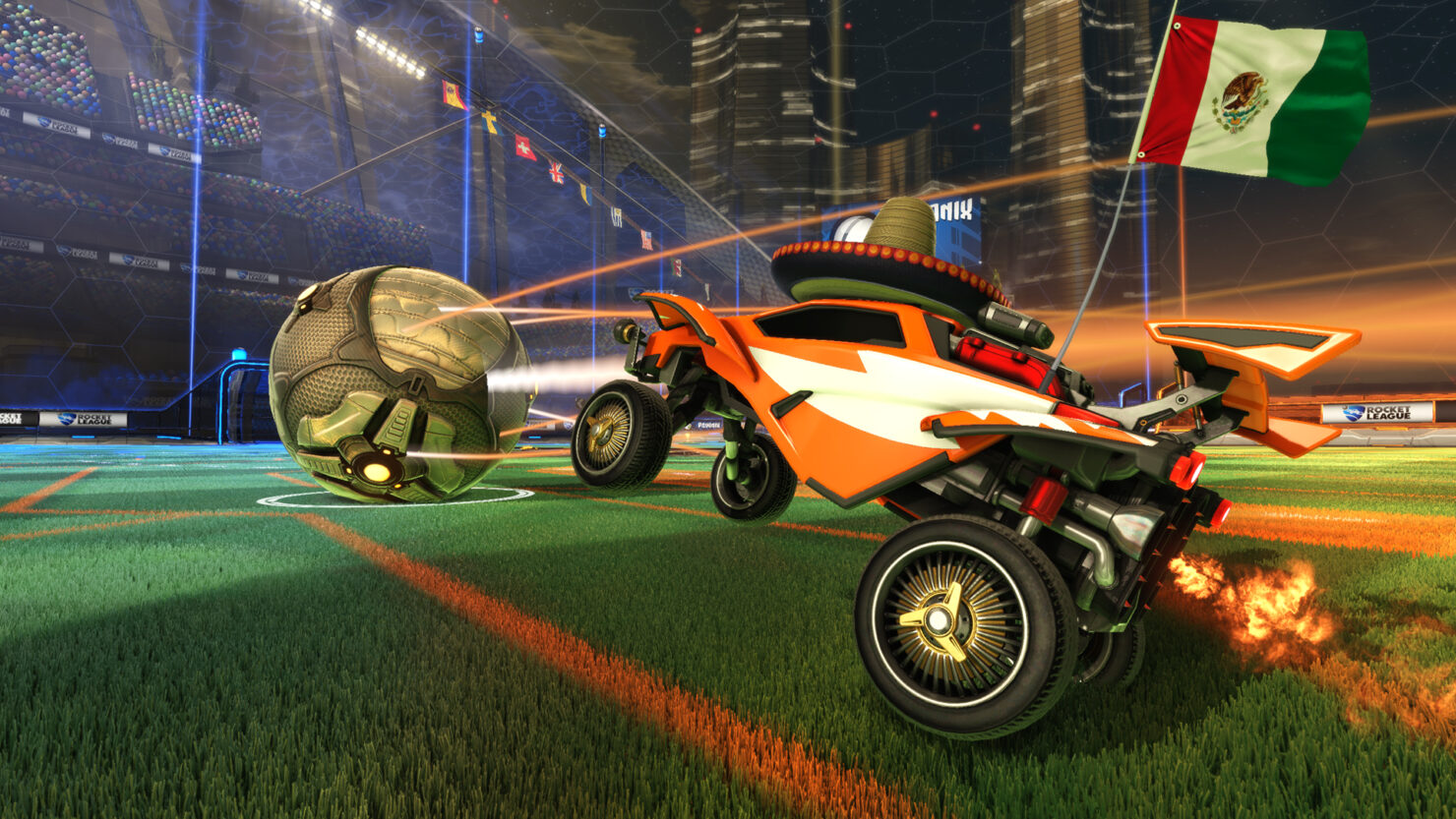 Psyonix's just announced that the wildly popular Rocket League has surpassed 25 million players and 1 billion games played since its launch.

Pysonix broke down matches played via an image that was tweeted out earlier. 50% of all matches played have been on Competitive with Casual, Alternative, and Private Matches following suite. 31 million Rumble Matches were played that throw in power-ups like a grappling hook and tornados into the fray. 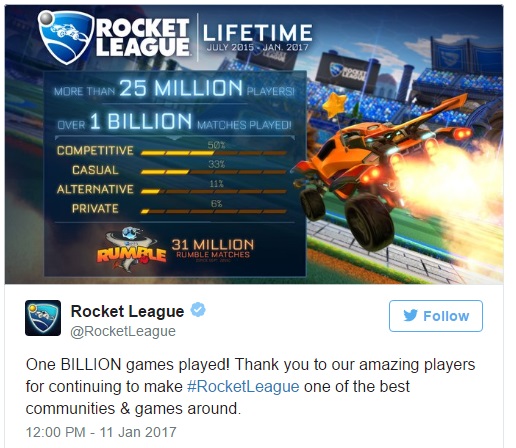 Ever since Rocket Leagues released back in July 2015, the extreme car-soccer game has logged over a billion games. The more impressive number is that that indie game has had over 25 million players across all three platforms it was released on. It also helps that Psyonix has been very consistent in releasing content updates along with a metric ton of DLC since its debut.

Rocket League recently released patch V1.27 with the following updates to go with the Utopia Coliseum (Snowy) added to the Snow Day Playlist:

Rocket League is available now on PlayStation 4, Xbox One, and PC with cross-platform play.

One BILLION games played! Thank you to our amazing players for continuing to make #RocketLeague one of the best communities & games around.