Batman Arkham City was one of 2011's biggest blockbuster titles, it featured tons of content and extra DLC characters such as Nightwing and Catwoman but it seems that the love for the game isn't over yet, the appearance of trophies have suggested that Robin will be a new playable DLC character and this time he will be battling it out with Harley Quinn. Currently the only evidence suggesting the DLC are the appearance of trophies but those should be as good a hint as any, right? 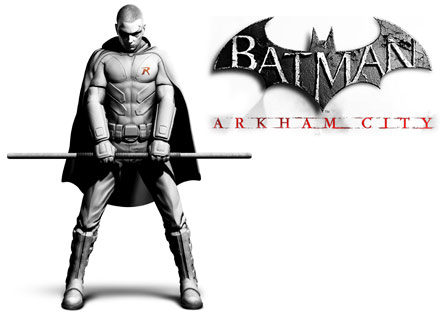 On the launch of Arkham City we saw Catwoman side of the story as she tries to steal from Two-Face but she was the only playable character in the campaign after Batman and other characters were only available during the challenge rooms. It seems Rocksteady is giving us incentives to dust off our old copies of Arkham City once more so that we can play as Robin and battle it out against Harley Quinn. While there is no official word yet on the confirmation of the DLC it does seem plausible.

Lost Property [Bronze] - No crimefighter should be without this

Breaking and Entering [Bronze] - Find a way into the secret base

How’s It Hanging? [Silver] - Clean up the Dry Docks

The Last Laugh [Silver] - The joke’s on who?

Bomb Squad [Bronze] - Defuse all bombs in 3 minutes or less

The trophies are a definite sign of Robin being the next DLC character but the plot and setting of the DLC still remains to be addressed.