Road Redemption Will Launch on October 15 for PC, While PS4 & XB1 Will Get It Next January 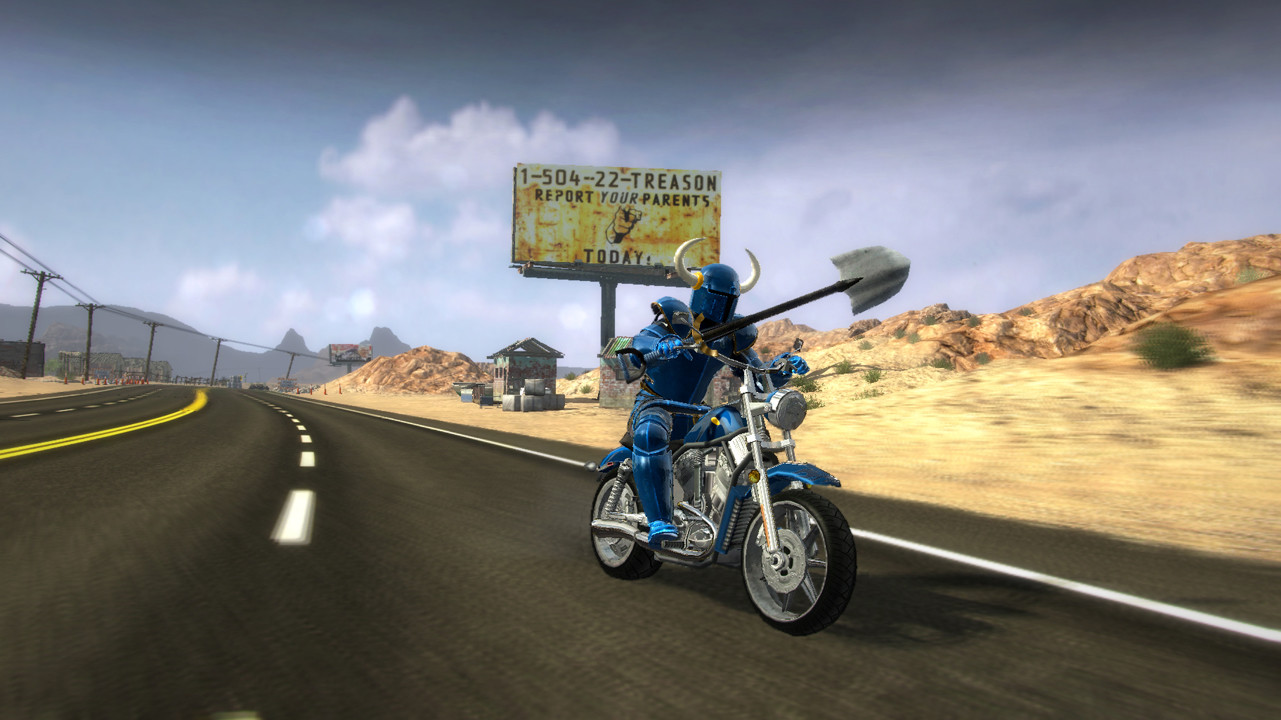 Those of you who have been playing games for a couple decades should remember a cult hit called Road Rash. For some reason, developers and publishers have avoided anything resembling that kind of game in recent years, but if you've been yearning for a similar experience Road Redemption got you covered.

The game, developed by DarkSeas Games and Kickstarted three years ago, has been available on Steam Early Access since September 2014. However, the full launch has now been detailed by the studio: it will take place on October 15 for PC (Windows, Mac & Linux), while console gamers can expect it to hit PlayStation 4 and Xbox One on January 15, 2017.

Due to the prolonged development, the PlayStation 3 & Xbox 360 ports have been indefinitely postponed while the WiiU version is being re-evaluated (taking a wild guess, they could just port it on the NX).

Developer Ian Fisch released a statement to Eurogamer explaining the delay with recent debacles like MIghty No. 9.

We decided that since our backers have had access to regularly-patched PC, Mac, and Linux beta versions of the game, that it's better to take our time and release something great, than to feel pressured to stick to our 2014 Kickstarter date and release something mediocre. We've seen Kickstarted games like Armikrog and Mighty No. 9 release before they were ready and I don't think that satisfies anyone.

What happened with Mighty No. 9 shows that a potentially great game can be dragged down by trying to bring it to too many platforms. By putting the focus on PC, Mac, Linux, XboxOne, and PS4, we can maximise Road Redemption's physics, AI, and visuals, rather than be hamstrung by trying to support lower spec machines.

Here's a summary of what you can expect to find in Road Redemption if you're interested in purchasing it.

Lead your motorcycle gang on an epic journey across the country in this driving combat adventure.

Earn money by completing races, assassinations, robberies, and other challenges in your path. As you collect loot, you'll upgrade your character, your bike, and your weapons.

One Life To Live

Driving a motorcycle at 100 mph while trying to hit someone with a pipe is dangerous, and death can come quickly. There are no extra lives nor continues. Fortunately, every time you die, all the experience you've collected can be used to upgrade your character, your bike, and your weapons.

In the multiplayer mode, you can work with your friends or fight against them. It's up to you.

Road Redemption takes place in a post-apocalyptic America, ruled by a brutal dictator. Without telling anyone, your gang leader has decided to head to the capital on a desperate assassination attempt. When the government catches him, the consequences for your gang, and everyone you know and love, will be devastating.

It's up to you and your fellow gang members to race across hundreds of miles of dangerous highways in order to track down your derelict leader before the government does. What you do next is up to you. Do you try to stop him in order to protect your family and friends from punishment, or do you join him in a risky attempt at ending the oppression once and for all?