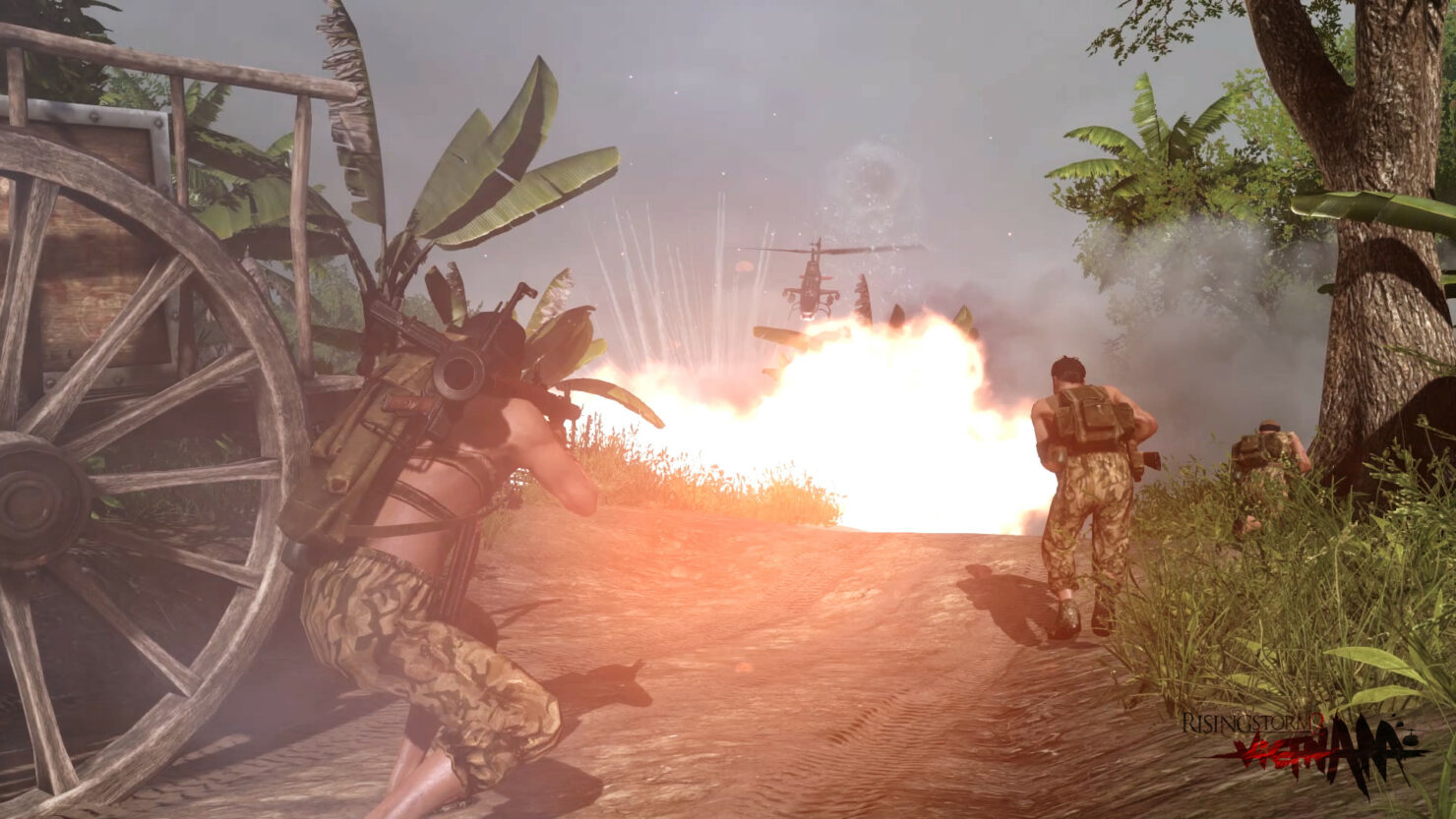 Tripwire Interactive announced via press release that Rising Storm 2: Vietnam can now be pre-purchased on Steam. The Digital Deluxe Edition is available at a 25% discount until launch and it will include the following bonuses and in-game items (as well as allowing you in the final closed beta weekend):

Rising Storm 2: Vietnam Gets Multiplayer Campaign Mode Where You Can Fight for Territories 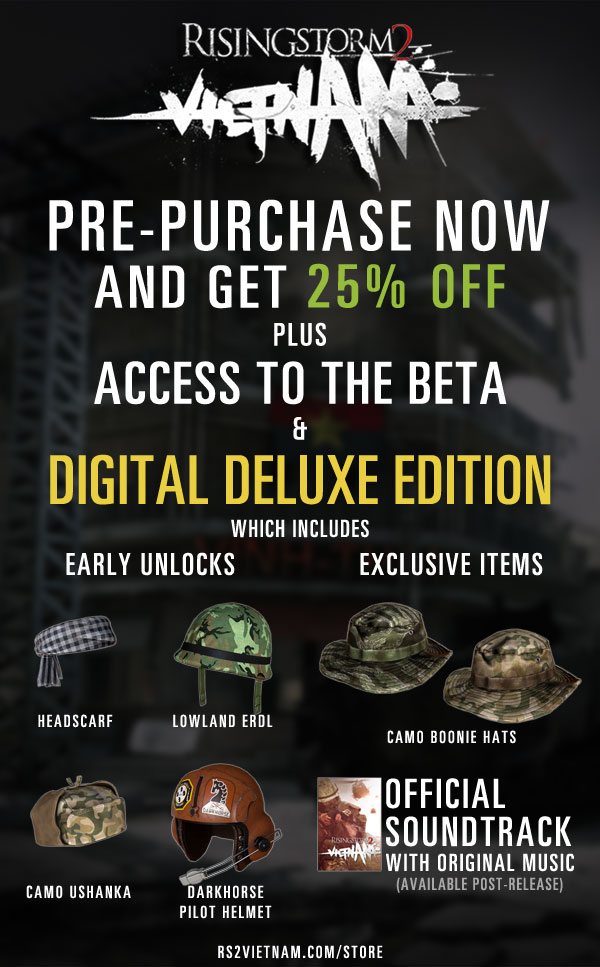 The Steam page also lists the game for a Q2 2017 release, which means the game should come out in the next two months or so.

This is also suggested by the official system requirements, which you can find below.

We interviewed Tripwire Interactive at PAX East 2017. We also had a small beta giveaway for the previous weekend, but we'll have a much bigger giveaway ready for Rising Storm 2's final beta weekend, so stay tuned.