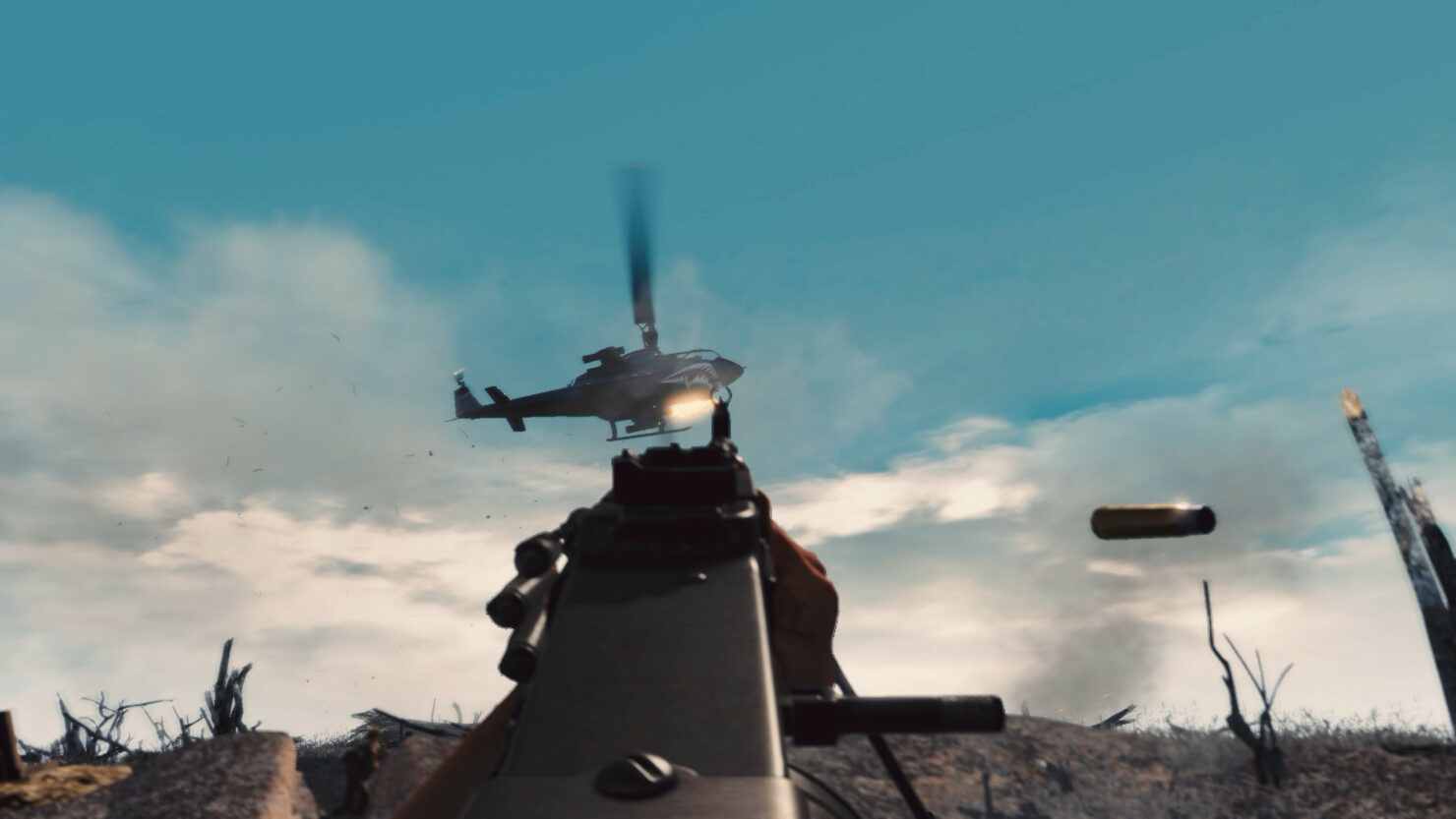 If you're not among those who received a Rising Storm 2: Vietnam key for the final beta by signing up on the official website, we have good news under the guise of 550 codes that will grant you immediate access. The test is already live and will go on until Monday 15th.

Do note that you won't need to grab another code in case you were among the winners of our previous smaller giveaway. Furthermore, if you have already purchased the game through pre-order or buy the game while this beta is active you will receive a warning message in the Steam store about already owning a duplicate product. You can safely ignore this warning, and go ahead and install the beta - the beta will be removed at the end of closed beta testing and the full game will be unaffected. Once the full game releases it will download into their library with the “Thanks For Testing” DLC. Again, this should only affect people who have pre-ordered the full game already and are trying to install the beta or try to purchase the game after having redeemed a closed beta key.

In case you're not familiar with Rising Storm 2: Vietnam, you may read our PAX East 2017 interview with Tripwire as well as a general overview of the game below.

OVERVIEW
Rising Storm 2: Vietnam is the sequel to PC Gamer’s 2013 ‘Multiplayer Game of the Year’, published by Tripwire Interactive and developed by Antimatter Games, the same team that created the award-winning innovative asymmetric gameplay of the original Rising Storm. For the first time, the authentic gunplay and visceral first-person action of the Red Orchestra series is coming to an era of automatic rifles, man-portable grenade launchers and more modern weapons systems. Rising Storm 2: Vietnam casts players into a brutal, authentic recreation of the Vietnam War.

KEY FEATURES
MASSIVE 64 PLAYER BATTLES
Rising Storm 2: Vietnam offers intense tactical action for up to 64 players in battles between the US forces and the Vietnamese, with each force having their own unique abilities and tactical advantages such as Napalm Strikes, Artillery Barrages, surface-to-air missile strikes, traps, ambushes and more.
RIDE OF THE VALKYRIES
Players on the US team will be able to pilot 3 different helicopters - the UH-1H "Huey" transport, the OH-6 "Loach" light recon and the powerful AH-1G "Cobra" attack helicopter.
CONVENTIONAL ARMY VS. GUERILLA FORCES
Play as both the United States Military and Vietnamese resistance fighters. Rising Storm 2: Vietnam allows players to control either the U.S. Army and Marines Corps or the militarized and guerrilla forces of North Vietnam - the NVA and the Viet Cong.
2 NEW GAME MODES
Game types include Red Orchestra's classic territory control mode, the new Supremacy mode, for large-scale combat including helicopters, VC tunnels and more, as well as the new smaller Skirmish mode and maps designed for 16 or less players. These new smaller maps are designed to be a more competitive, squad based experience that reflect the low-level; conflicts that Vietnam is famous for.
HISTORICAL WORLD
Each map faithfully recreates the conflict of the Vietnam experience and aims to pull players directly into the war with its extreme authenticity to real life. Maps will include the famous jungles of Vietnam, but will also cover battles that occurred in cities, on rolling hills, in US Firebases, Rice Fields, Plantations and many more authentic locations. In keeping with the Vietnam setting, they will provide plenty of opportunity for jungle ambushes and flanking attacks.
30+ AUTHENTIC WEAPONS
A variety of authentic period weapons available including the M16, M14, M60, M79 and M3 Grease Gun for the Americans; and the Type 56 Assault Rifle (a Chinese copy of the famous AK-47), RPG-7, MAT-49, SKS Carbine and many, many more for the Vietcong. Weapons also have a wide range of functionality with in-game implications, including adjustable stocks, attachable bayonets, and a new and advanced recoil system which builds on the already phenomenal weapon handling that the Red Orchestra series is famous for.
COMMAND YOUR TEAM TO VICTORY
Enhanced squad system that allows players to set up squads as they want them - name them, add their friends, set the squad tag color in game. Once in game, easy identification of your squad in the world and on maps - and dedicated VOIP channels for the squad, as well as bonuses for working together.
FAIR PLAY & COSMETIC UPGRADES
Rising Storm 2: Vietnam's focus will be player skill and balance. We won't be locking content like weapon upgrades, improved player characteristics or new armaments behind a rank or experience system. We want to put the tools to succeed in the hands of every player.
PERSONALIZE YOUR UNIFORM
Rising Storm 2: Vietnam will allow players to customize their player characters with additional uniform and equipment variants earned as they play. These will include new headgear, clothing, tattoos, glasses and more.