[Update] And..... It's gone. Looks like all the copies were successfully redeemed by you 30,000 lucky people. This will be here as a reminder of how awesome GOG can be. Enjoy the free Rise of the Triad!

If you've been looking for an excuse to play the new remake of Rise of the Triad by Apogee Software, then now is the time to do it. GOG is giving away 30,000 free copies of the game right now.

There's absolutely no excuse to pass up something free. Especially when it's the remake of a classic shoot-em-up like Rise of the Triad. It's a fantastic if simplistic game that can be more fun than you might expect. It's not cinematic by any means and certainly doesn't meet the standards by which newer generation of games are made, but it's fun as can be!

The original was one of my favorite games growing up. Not because of the complex characters and stunning story telling, but because of being able to blow a lot of people and things up with some cool weapons.

So what are you waiting for? Go get a free game why don't you, especially while supplies last! GOG's server's are absolutely overwhelmed with activity at the moment, so if you are indeed interested, just keep refreshing until you're able to login. If not, then not to worry! If you were going there to buy some other game, well, I guess you'll just have to be a bit patient then.

This is the message on their servers right now. 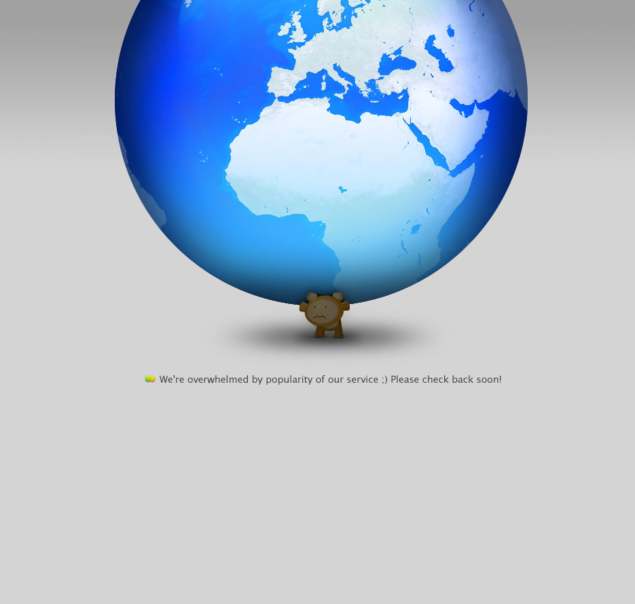