With Rise of the Tomb Raider's release just over a week away, Crystal Dynamics has released an incredible launch trailer, which sees Lara Croft pursuing her quest for answers through the harsh Siberian wilderness, deadly tombs, and against ruthless Trinity forces. You can watch the impressive launch trailer below.

DigitalFoundry has recently released a new tech analysis for Rise of the Tomb Raider from the direct feed gameplay footage they recorded during their hands-on time with the game, which details that Snow Deformation, as well as improved TressFX and volumetric lighting make Rise of the Tomb Raider one impressive looking game. Digital Foundry also explains that skin shaders appear far more natural than before and the expressional range evident on Lara is at a whole different level, thanks to the more advanced motion capture technologies being employed in Rise of the Tomb Raider. 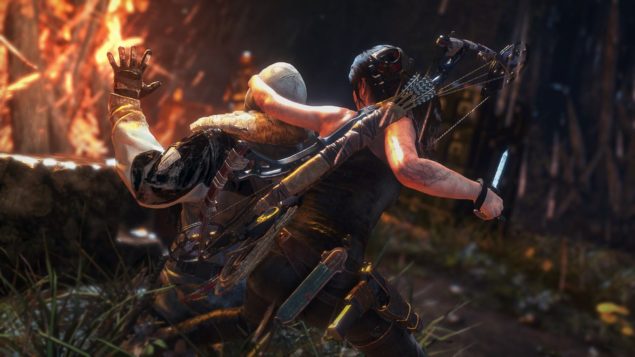