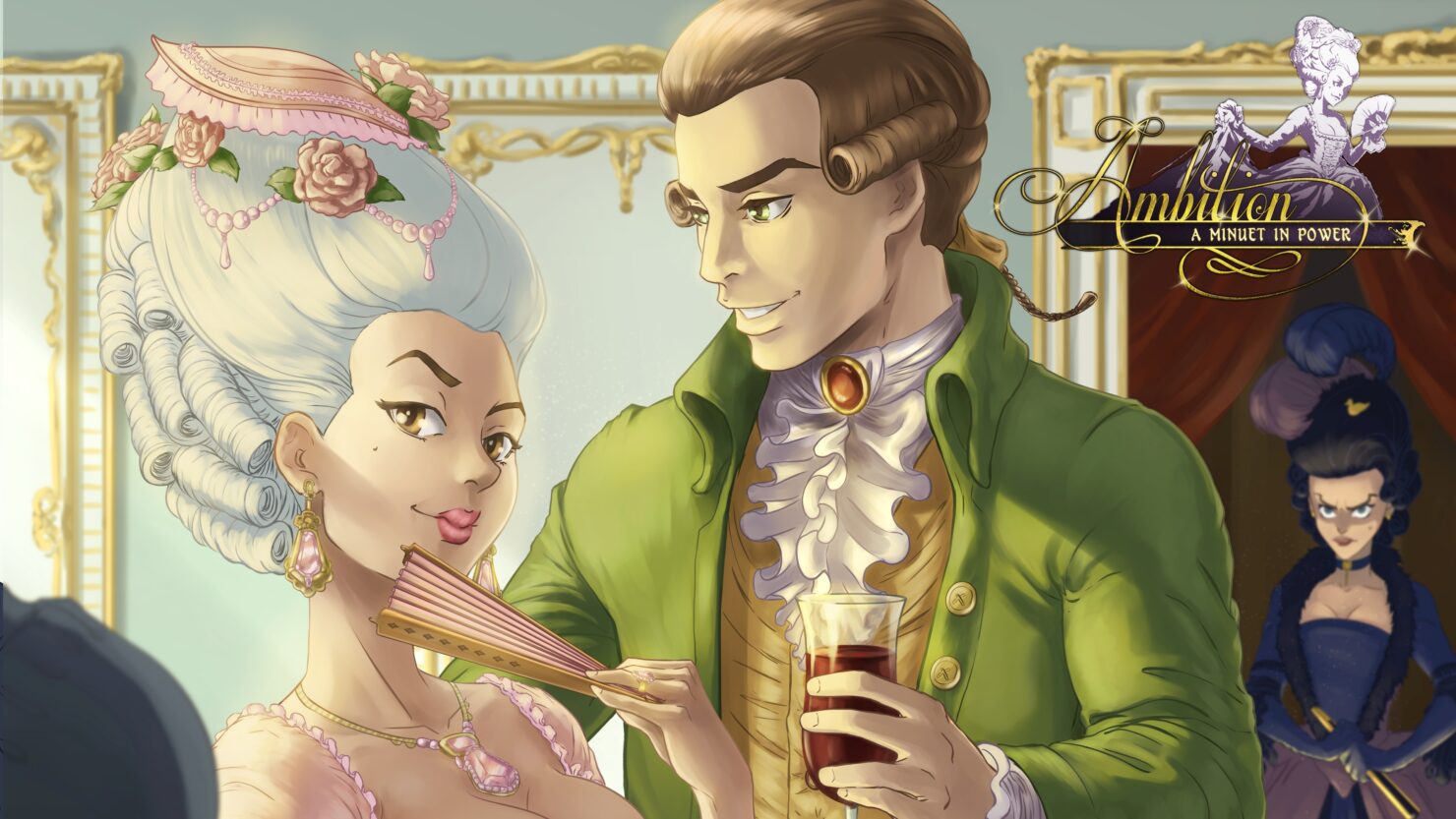 I was so tempted to reference Meghan Markle in the title of this piece. It was difficult not to because their current battle with class and institution is a fitting link. As a British person who doesn't give a monkey's left testicle about the monarchy, I've paid about as much attention to the news as I would the wailings of whichever pleb I happen to be on the same server as in any online game. Speaking of plebs, let's talk about Ambition: A Minuet in Power.

First things first. What's with the name? A dance in power? I know the minuet is a dance of French origin, so does this mean we'll be doing a lot of dancing here or is it just a clever use of the name of a dance commonly done by the French aristo-pigs, since it also looks like the word minute? On that note, here's the trailer:

It's not usually the sort of game I'd be writing about, but honestly, I'm interested. Developers Joy Manufacturing Co and publishers Iceberg Interactive have my attention. You see, the thing is, I quite like playing these life-sim games, especially character and text-driven ones like Hatoful Boyfriend, Max Gentlemen: Sexy Business, and more. Sit me in front of a game where I'm managing my social status, and I'll be rising through the social ranks like a person who's just been given a gold mine, quite the opposite of my constant failures in real life.

So yes, Ambition: A Minuet in Power looks like my sort of game. Especially so when you look at the story trailer, which highlights the mechanics behind conversations, shows how you'll be booking your social calendar up, and covers the story and threats you'll be facing within revolutionary Paris. Now announced for a Nintendo Switch release and the upcoming Steam release, it also seems like a game that's easy to play on the go.

As for the features of Ambition: A Minuet in Power, here they are:

Use your calendar to plan your commitments each week in Paris, and more importantly, who you do them with. In a city marching towards revolution, time is of the essence, and your enemies have agendas of their own!

Ensnare the hearts of Parisian nobles and use their influence to your advantage. Change the outcome of political events, snub your rivals, and be lavished with expensive gifts.

Everything Has A Price

Turn gossip into profit by selling the secrets you learn, but be careful! Your own credibility and security are also at stake. The choices you make can yield great rewards and change the course of the story, but dire consequences could arise if you’re caught!

A Cast Of Unforgettable Characters

Fall in love with a sprawling cast of fully realized characters. Enjoy the company and learn the secret histories of mysterious priests, wronged soldiers, wealthy widows, and more! Don’t worry, if you’re discreet, you won’t have to pick just one.

An Exquisite Work Of Art

Experience a gorgeously illustrated, and lovingly researched rendition of 18th century Paris. It is a time of fashion, and a time of secrecy. It is a world of staggering beauty, and unspeakable danger.

The Sound Of Another Time

Be entranced by the authentic, original score crafted by award-winning composer John Robert Matz! Enjoy a sweeping musical journey that will take you from the class and sophistication of fashionable string quartets, to the grandeur of the orchestra of the late baroque.

Maybe Ambition: A Minuet in Power doesn't interest you, but there's potentially a game that does on show at the current Iceberg Ahead event, such as a Pirate battle royale.