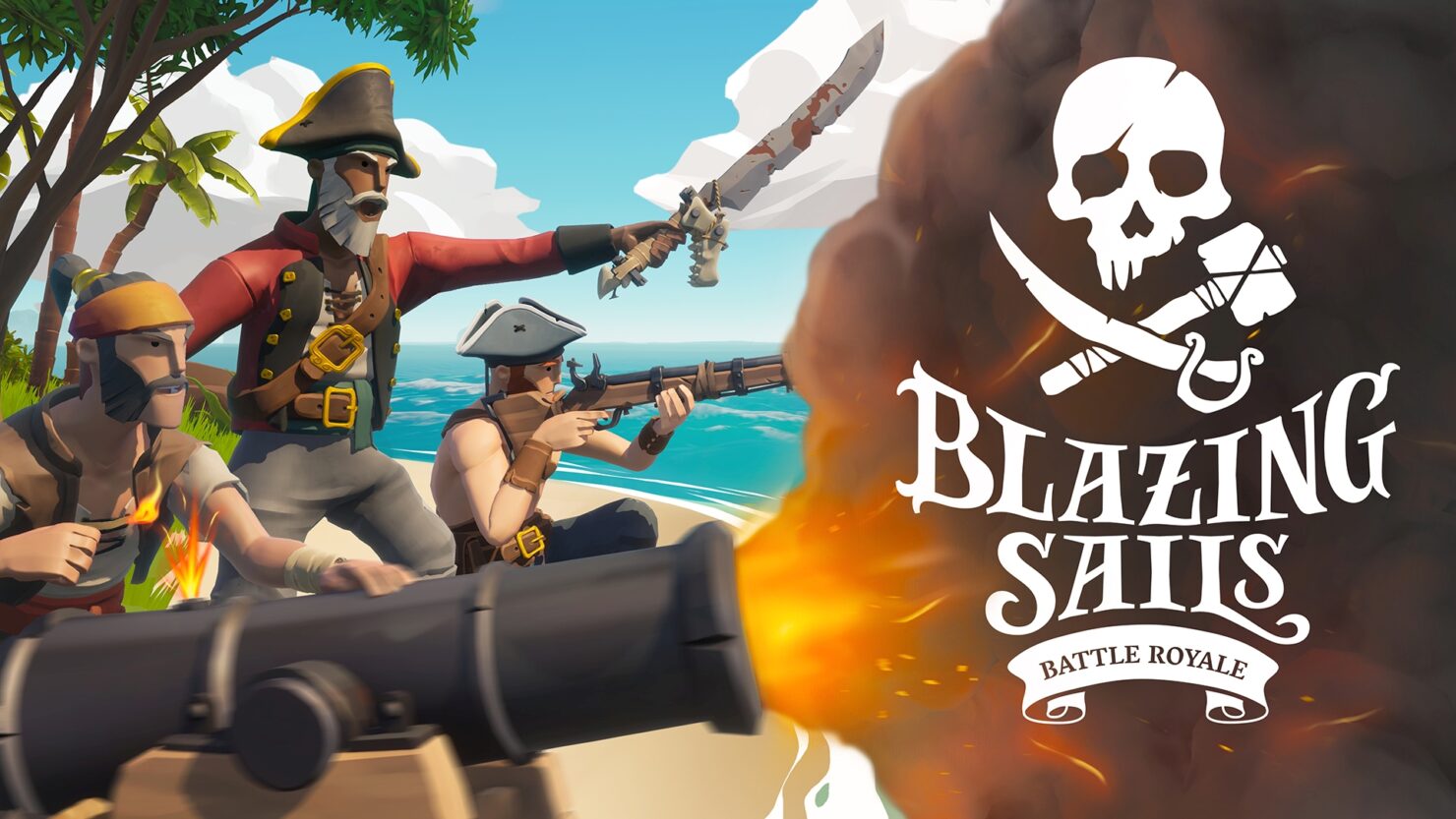 I've written about Blazing Sails a few times in the past. It's sadly always been around the Iceberg Ahead events. At the time of this going live, the current Iceberg Ahead event is showing over on YouTube, and if you're not watching it live, you can at least rewatch it by following that earlier link. Before you do that, let's talk about Blazing Sails, developments and the piracy battle royale.

The last time I wrote about the game, it was to talk about the early access release date. Since the game went live on the 9th of September, 2020, it's had a fair few updates. The trailer featured within Iceberg Ahead is quite vocal about highlighting the updates developed by Get Up Games. Showing several new islands, a host of new cosmetics, and events themed around the many notable dates since launch, Blazing Sails never seems to have settled down. There's even been a tournament with twitch streamers acting as captains of their respective ships.

All of this can be seen below in the new trailer, with the upcoming new feature being highlighted right at the end:

If you didn't catch it, that's right - you can now have a female body type when creating your captain. Yes, you can be the next Ching Shih (look her up). Not only that, other upgrades will be joining this new body type in an update scheduled to be released this coming month. Not long to wait at all.

As for information about Blazing Sails, you can get it on Steam in early access right now. It has a very positive rating from those who've reviewed it on Steam, the consensus being that the game is very good for multiplayer and having a laugh online.