Trailblazers has been described by Supergonk, the game’s developers, as “F-Zero meets Splatoon”. As you can see, this game certainly has cars in it, just like F-Zero, and there’s definitely paint on the floor, just like Splatoon. The general idea is that in teams of two or three, you paint the track while racing, giving your teammates a trail that boosts their car. The paint does not fade away, but it can be painted over by your rivals. You can attack rival drivers by sending all your paint forward in one straight line, forcing your opponent to drop their combo and lose all of their momentum.

Supergonk wants players to team up with their friends as they coordinate together to create a continuous trail throughout the track. Certain characters boost further on the track when their car touches a paint trail, whereas other characters have much more paint at their disposal to place on the track. In theory, this is a nice idea, but come on now, how often does the AI or even random players online ever stop to discuss strategies? I mean, it happens in some games but I don’t think this is going to ever become a normal thing to do in a racing game.

Speaking of the AI, you’d better get used to playing against it because there is no one to play with online. To be fair, it’s only been a few days but it looks like the player base for this game is nonexistent on almost every platform. I tried to get matched up with a single person online for a six-player lobby but no one showed up. Not even the developers who made the game could be bothered to play it with the day one punters. This game does feature cross-platform play, giving you the opportunity to play with no one on both the PC or PS4 communities. 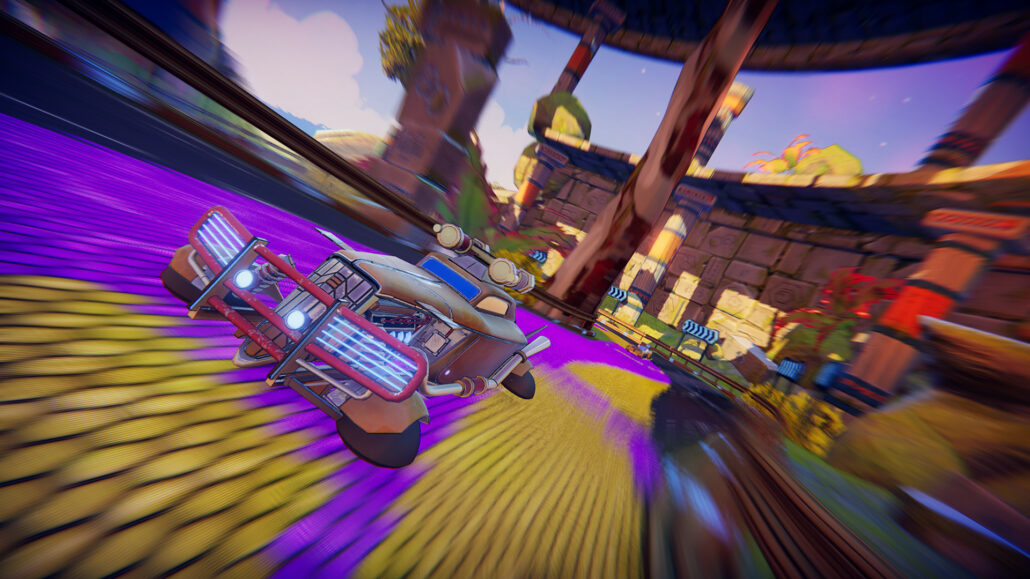 If there’s one thing racing games have been missing these days, it’s a good old story mode. Thankfully, Supergonk has recognized this and have decided to include one in their game. The developers have given life to the drivers behind the vehicles, giving players an insight into the character’s motivation as to why they drive in the first place. As you might expect from a story mode in a racing game, this mode seemingly has everything: drive through tracks on your own to obtain the fastest time (time trial), race with someone on your team against a team of two (team racing), drive through gates that place paint on the floor (gate chase) and more. There’s some variety here, occasionally the tracks will be mirrored which really turns the game on its head.

Spanning twenty chapters, each mission contains three unlockable goals for the player to complete. Most of the challenges are straightforward, asking the player to place in either first, second or third place. You can complete all three challenges in one attempt if you finish first, which you were most likely going to try to do anyway. It took me roughly two hours to finish the entire campaign, though I did not complete all of the challenges. It would probably take a completionist about four hours to obtain everything the game has to offer. I can understand why Supergonk would feel the need to shoehorn in a story mode into Trailblazers. If the developers don’t include one, people will argue the game lacks content, but if they do include one, people will mock them. It’s a lose-lose scenario.

I want to say my biggest problem with Trailblazers is that the price of the game is far too high for what it’s worth (£30 on Steam, £25 on the PlayStation Store), but in all honesty, even if the game was a quarter of what it cost now I still wouldn’t be able to recommend it. Trailblazers is the type of game you play on your phone for a few minutes before getting the bus or train, you would never bother playing a game like this using your TV. There might be some people who wouldn’t mind playing this on the Nintendo Switch, however, this game doesn’t hold a candle to something like Mario Kart 8. 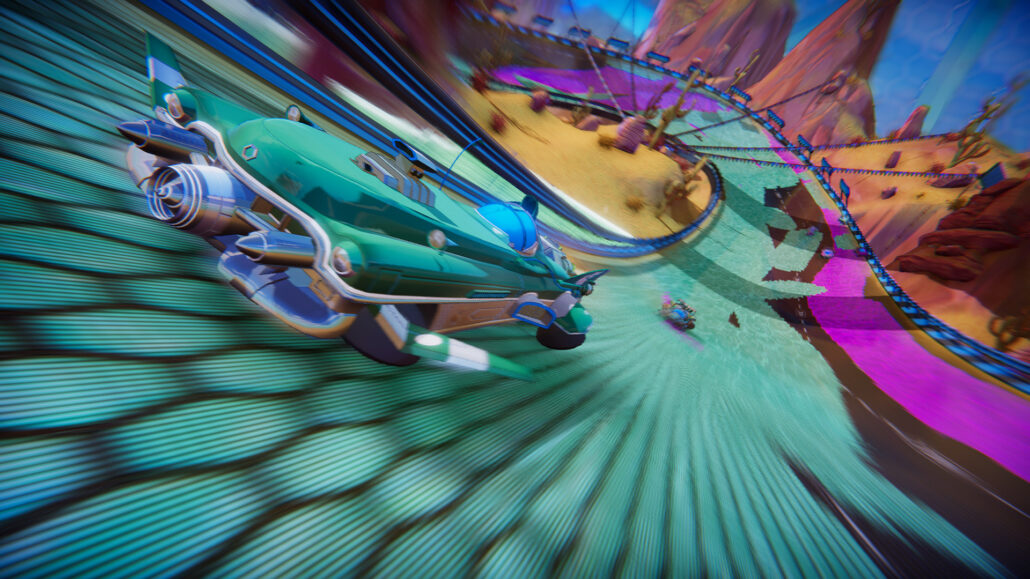 Performance-wise, Trailblazers now runs at a different frame rate compared to when the game first released (on the PlayStation 4 at least). The framerate on the PS4 version of the game used to be inconsistent, ranging from 60fps right down to 30fps. Pre-patch, Trailblazers attempted to maintain a solid 60fps but constantly drops within a few seconds on pretty much every track. Post-patch, Trailblazers is now capped at 30fps with no option to play with an unlocked frame rate. I’m not sure if there are any PS4 Pro enhancements to this game, and if there are they clearly do not affect the frame rate in any way.

Reviewed on PlayStation 4 (code provided by the publisher). You can purchase the game for Xbox One via Microsoft Store.

Trailblazers isn’t a bad game, it just doesn’t do anything to make me ever want to go back to it. The multiplayer portion of the game does not have enough players to get into matches consistently (or ever, in my case) leaving the lackluster single player content. There’s also the local multiplayer but, just like the single-player content, you and your friends will get bored relatively quickly. To top everything off, the price of the game is far too high for what you are getting, making it difficult to convince anyone you know to pick it up.