Overclocking the SAPPHIRE PULSE RX 5700XT resulted in a bit better core frequency that I expected without the need to dabble with the Soft Power Play Tables mod that has been getting used lately to really push the Navi core.  The SAPPHIRE PULSE RX 5700XT has a 7+1+2 Phase Power Delivery allowed me to push the GPU core to a stable target of 2050MHz, I shot for 2150MHz and 2100MHz but did neither were fully stable outside of synthetics.  The Memory was unstable at anything over stock, while that could improve with future driver releases but I wouldn't count on it.  While looking over the results for overclocking it may seem like it's something favorable to do, the added noise (which I can't accurately test) of the fans hitting up to 94% put the card in uncomfortably loud territory for very little benefit over stock. 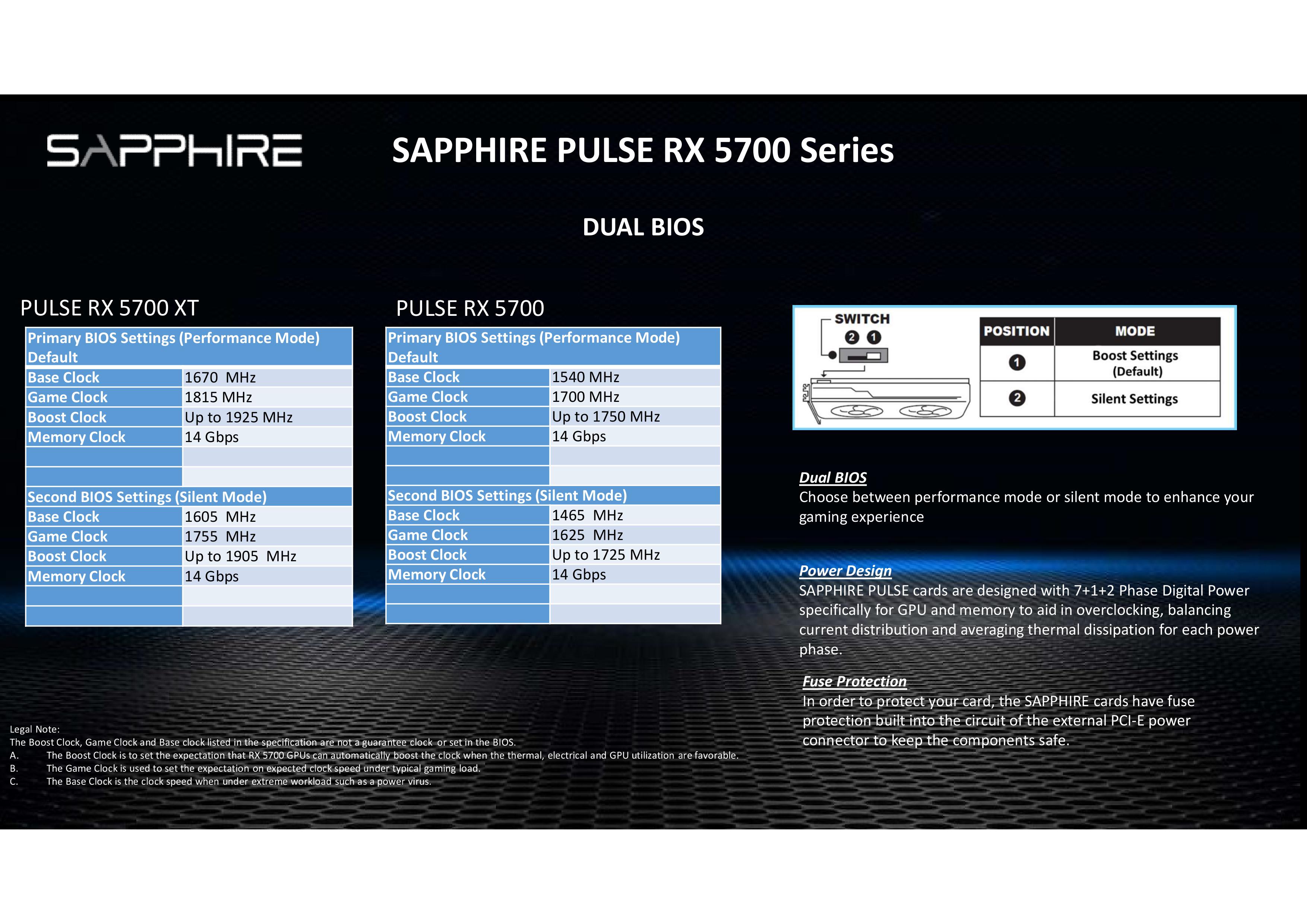 Firestrike is running the DX11 API and is still a good measure of GPU scaling performance, in this test we ran the Extreme version of Firestrike which runs at 1440p and we recorded the Graphics Score only as the Physics and combined are not pertinent to this review.

Rainbow 6 Siege has maintained a massive following since its launch and it consistently in Steams Top Ten highest player count game.  In a title where the higher the framerate the better in a tactical yet fast-paced competitive landscape is essential, we include this title despite its ludicrously high framerates.  We use the Ultra preset with the High Defenition Texture Pack as well and gather our results from the built-in benchmarking tool.

The Division 2 returns with the Snowdrop Engine refined and tuned for DX12 and the performance of DX12 vs DX11 is proof positive of this.  We run the game at the Ultra Preset and use the built-in benchmarking tool for measuring.

Thermals were measured from our open test bench after running the Time Spy graphics test 2 on loop for 30 minutes recording the highest temperatures reported. The room was climate controlled and kept at a constant 22c throughout the testing. The default fan curve for the SAPPHIRE PULSE RX 5700XT was much more favorable than in the past where the sound level was prioritized, this time the target is thermals and allows the card to ramp up the fan to maintain the stock 73C thermal target.  The catch there was once overclocked the fans would need to ramp to 94% to maintain a similar thermal margin for very little gains in performance.