SAPPHIRE introduced their PULSE lineup a few generations ago as a more value-oriented series so that there was a nice fill in between reference and their premium NITRO+ lineup and this go around I would argue that, except for modest clocks, this PULSE is as premium their previous NITRO+ Cards

The shroud wraps the heatsink effectively and has the usual PULSE colors of black and red.  The lack of glossy black accents in favor of matte black is very welcome.  The red paints itself a nice accent to the branding of the line and the embedded metal grid is a nice touch to dress it up.  The only complaint is that the shroud does have a bit of flex to it.   The backplate extends over the side of the card but has welcome cutouts for the BIOS Switch as well as exhaust and PCIe power connector cutouts. As an added bonus of functionality to the aluminum backplate SAPPHIRE have added thermal pads to help transfer additional heat from the VRM section of the back of the PCB to the backplate for extra cooling.

The sides of the card expose the 5 heat pipes SAPPHIRE stuffed into the densely packed finned heatsink.  Peeking under the heatsink we can see that the VRAM and VRM heat dissipation plate is nicely adorned with fin stacks to help dissipate heat even better since it's independent of the GPU core heatsink.

Thanks to the reduced power requirements for the 5600 XT configuration over the 5700 Series class we see that SAPPHIRE was able to reduce the input to a single 8-pin connector. SAPPHIRE also kept the switchable BIOS to allow for pulling back on the power and deliver a silent mode, which makes little sense when you look at the thermals and power of the default BIOS as it already runs so cool and quiet, might be worth additional testing.

We see a return of SAPPHIRE's removable fan design making for easy cleaning of the heatsink or replacing a dead or dying fan. Under those fans is the same robust and effective cooler they used for the full bore 5700 tier class of 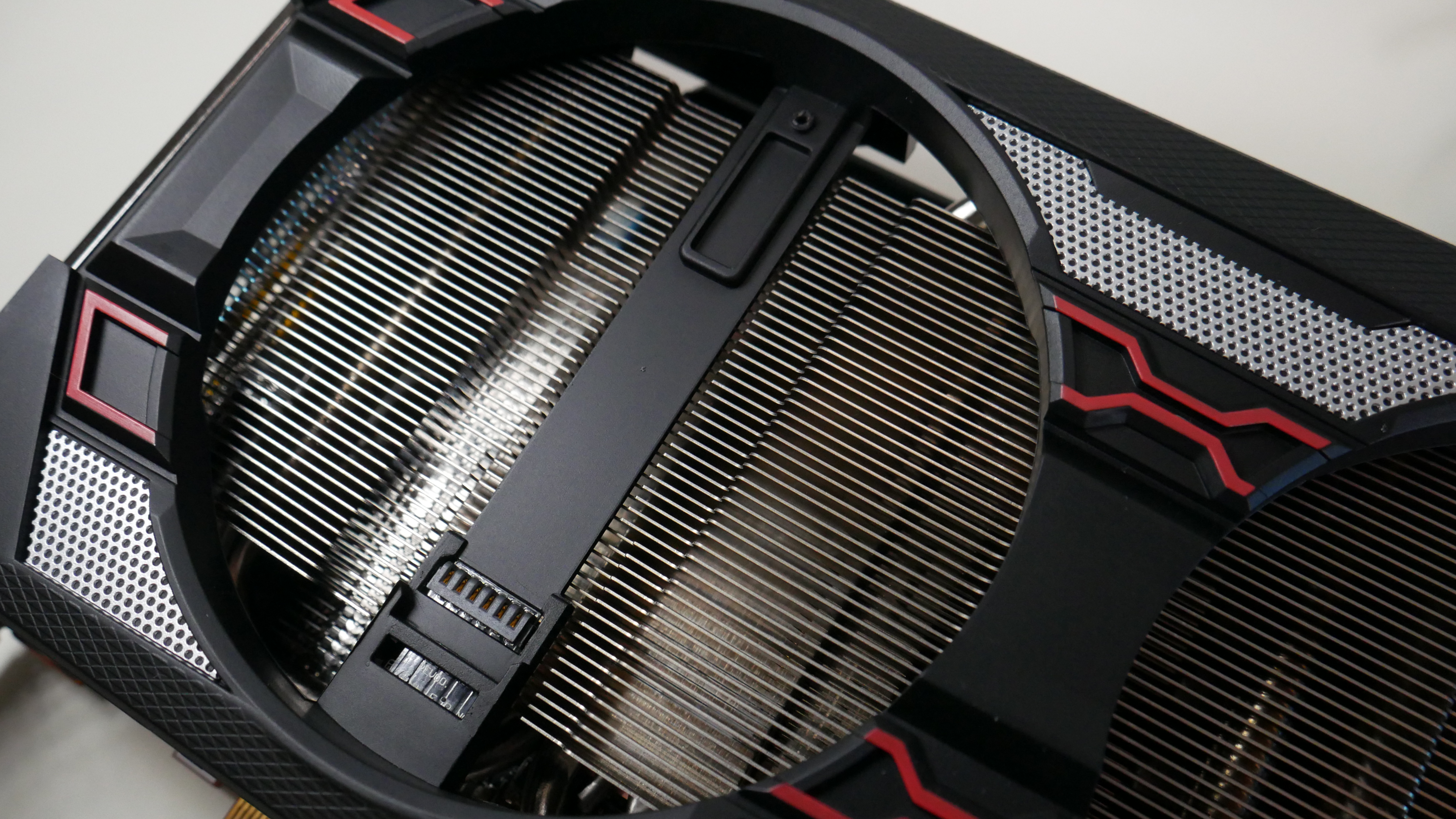 Tearing down to a bare PCB was a very easy task but also well assembled. You can easily spot the reduction of the additional 6-pin connector and missing memory modules along with the reduced power delivery.

The Radeon RX 5600 XT Launch Has Been A Je-mess