As keyboard manufacturers shift to cram together as many buttons and controls into their 108-key keyboards, there’s a similar growing shift to redesign keyboards to be smaller than ever. TKL keyboards still make up a majority of notebooks and laptops sold, and that same design is making its way to consumer desks so those that still want to keep the arrow keys but perhaps clear up some desk area for personal use. Only in recent years have the more extreme size reductions been popular, from 75% and 60%, each taking away full rows and columns of extra keys like the function row or insert/delete cluster. Razer themselves has been introducing new products for every size of keyboard. Their most recent innovation is upgrading the 60% keyboard line with their Huntsman mechanical switches. Keeping true to the naming conventions, the latest and greatest from Razer is the Razer Huntsman Mini Analog.

Just as in its full-sized brethren, the Razer Huntsman Mini Analog’s special optical switches operate on a very simple principle. As a user presses down on the key, the switch stem opens up to allow light to pass through and activate the switch. What separates Razer’s optical switches from the competition on the market is the ability to customize each and every key to support not just one action but two depending on how far down the key is pressed. Want to peek around corners in Rainbow Six Siege? Set the keys to activate when gently pressing on the key, then change the full downward press to activate a gadget instead. For your ordinary FPS, you can also consider mapping both walk and run to the same key by programming the full keypress to shift+W, for example.

In discussions with my colleagues, they expressed interest in trying out one of the Analog devices for flight sims. If you don’t want to set the keypress to two different actions, the keypresses themselves can be used to fine-tune a throttle and adjust your yaw and roll without the need for multiple inputs just to balance out a few degrees. All of the fine-tuning can happen in Razer Synapse, including setting the actual actuation point for the keys from anywhere between 1.5mm to 3.6mm of downward pressure. If 60% keyboards aren’t your style, Razer also offers the same switches in both the Huntsman V2 Analog and Tartarus Pro.

Typing on the Razer Huntsman Mini Analog has such a satisfying tactile feel that’s out of the box ready to be enjoyed, although people that need absolute precision in their typing may wish to disable the double key activation via Razer Synapse and only allow the keys to be activated upon a full keypress. Each and every keypress has a satisfying click as it drops all the way down to the base and springs back up into position. No matter which part or edge of the space bar is pressed, the key registers bottoms out with a sharper click than the Huntsman V2 Analog, which feels more dull and muddled by comparison. This is the kind of keyboard that can send shivers down your spine if you stumble across an ASMR typing video at three in the morning with the lights down low.

I won’t lie; I initially wanted the Razer Huntsman Mini Analog solely as a companion to take along with the Steam Deck and have a small travel pack with keyboard and mouse on the go that would fit into a sling pack. The Razer Huntsman Mini Analog definitely fits that form factor I wanted, and it’s become a part of my daily use at work due to the ease of typing and that oh-so-satisfying tactile response. Losing the arrow keys has been a bit of a functional shift in my workflow, but it hasn’t been too difficult to retrain my brain to use that Function key and hit the arrow keys on IJKL instead. No matter what lighting scheme you’ve set up through Razer Chroma, holding down the Function key located adjacent to the right Alt key turns on illumination solely for whichever keys along the top half of the keyboard have alternate functions. If you want to swap the Chroma preset on the fly (or turn it off to cut down on distractions), holding down Ctrl + FN and arrow keys 1-7 activates different Chroma modes or turns them off entirely.

The higher price point is one of the toughest selling points to the Razer Huntsman Mini Analog and all three of Razer’s products containing the optical switches. Compared to the standard Razer Huntsman Mini, the Mini Analog will set gamers back an extra $30 for the analog switch functionality. Put both Huntsman Mini side by side and you won’t see an immediate difference between the two at first glance. However, with the right software tweaks, once you get to experience both keyboards in live gameplay, soon you’ll be able to see exactly what makes the Analog Optical Switches such a force to be reckoned with.

I’ve been using the Huntsman Mini Analog as my daily driver for all manner of office work for a short while now. While I lament the lack of media controls and arrow keys at easy reach (my brain still hasn’t memorized the Fn+Q/W to raise and lower the volume), the smaller form factor has opened my eyes to the world of 60% keyboards. Finally, I can see why the evangelists have praised HHKB for so long. Your average user might not see the need to go full Analog and get the double key functionality but for those that want to experience true precision in their gaming, the Razer Huntsman Mini Analog fits that unique market with a 60% keyboard that no other hardware manufacturer offers.

The unit was provided by the manufacturer. 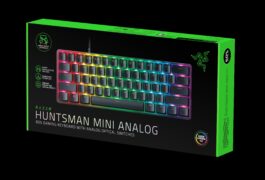 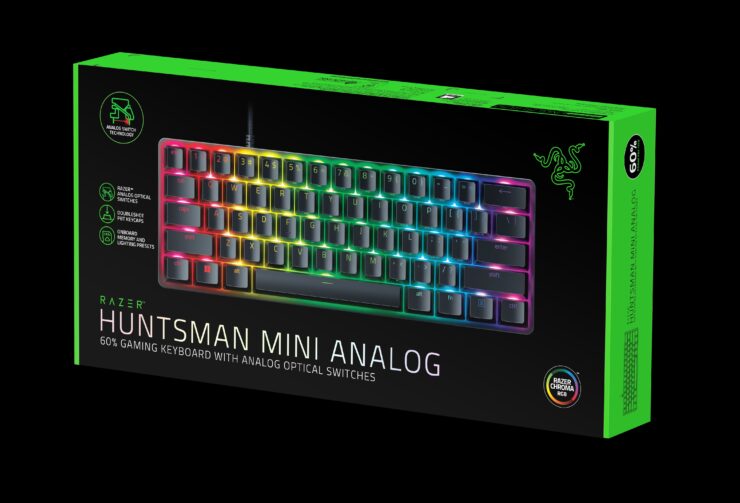 The Razer Huntsman Mini Analog brings Razer's unique two-in-one activated keypresses to the smaller 60% form factor, eliminating all but the most essential keys. It's perfect for taking on the go or building a minimalist office space although most users might not justify the $30 price increase over the non-Analog model. 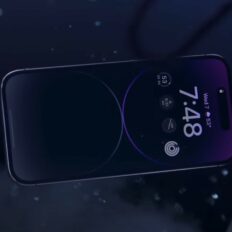 iPhone 14’s Crash Detection Alerted Australian Authorities To An Accident, Who Reached The Location In Only 8 Minutes 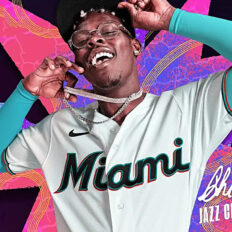